One of the most unique aspects of the social media and influencer marketing landscape in Japan is the language barrier. Japan is positioned 49th out of 88 counties and regions in the English language skill rankings conducted by EF English Proficiency Index, which is considered “low proficiency” in English. Also, according to a research study conducted by Rakuten Insight, 69.6% of Japanese people think they are not good at English. 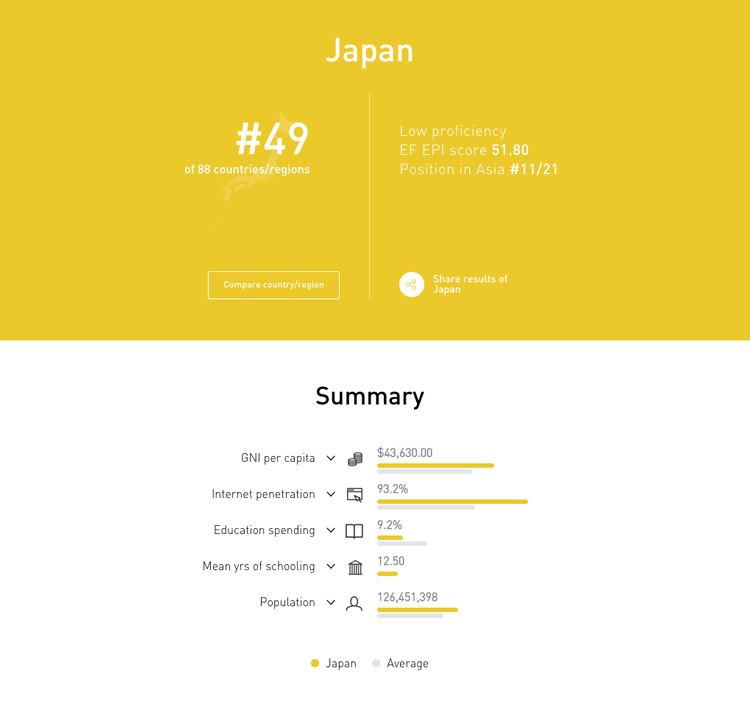 Global influencers are not as influential

Fully localize or ignore the market?

So what should we do? Should we localize the influencer campaigns by hiring local influencers? Or should we just ignore the Japanese market? That’s the dilemma that many global companies have. If Japan had a huge population and its economy was growing like China, sure, there is no reason not to cater the campaigns for the Japanese market. The reality is, the household disposable income has been decreasing since the mid-1990s. And the median annual salary of Japanese workers was 3.7M yen in 2015 ($33K in USD at a rate of 111 JPY = 1 USD), which is about a half of the median household income in the US. ($61K in 2017). The Japanese market is not as lucrative as the Chinese market, but still, Japan is ranked 3rd in the World GDP ranking, which is too big to completely ignore.

What you need to understand is their engagement, rather than a number of followers. At some point, you will need to explain to your boss or investors why you are working with these Japanese local influencers who have fewer followers than global influencers. So you have to be ready to explain how influential these influencers are among your target audience in Japan. That can be simply measured by engagement rate or you might need to look into conversations with followers to get more insights.

Interestingly, these popular hashtags are neologisms. For example, the direct translation of the top hashtag #おしゃれさんと繋がりたい (Oshare-san-to-tsunagari-tai) is “I want to connect with fashionistas.” It’s really straight forward. How about the last one, #インク沼? It’s direct translation is “Bottomless swamp of ink.” What? The phrase “Bottomless swamp of something” is Japanese internet slang that describes the situation where people are extremely into something. #インク沼 does not make sense unless you know the cultural background.

Combination of Kanji, Hiragana, and Katakana

Kanji, or Chinese characters, is an ideographic writing system, which means each character represents a concept or an idea. For example, the Kanji of Tokyo（東京）means east capital. This is because Kyoto used to be the main capital of Japan and Tokyo was the second capital located east of Kyoto.

Hiragana and Katakana are syllabic writing, which means each character represents a syllable such as “to” or “u”. They’re purely phonetic so they don’t have direct connotations as Kanji does. Any Kanji can be written in Hiragana. Katakana is usually used for loanwords and onomatopoeia.

So when you use Japanese hashtags, you really need to be careful about how the hashtag is written, whether it’s in Kanji or Hiragana or Katakana or a combination of these as these can change the meaning.

3. Influencers are Scattered Across Platforms

Also, each category of content has suitable social platforms for content distribution. Here are some examples of unique social media platforms that are suitable for specific content categories in Japan:

NewsPicks [Business]
Users pick up news and leave comments on NewsPicks. Business professionals use this social media platform to share their opinions in regard to news topics they pick from their professional viewpoint.

note [Creative content]
note is a social media platform for content creators. note helps creators make money out of their content – mainly reading content. The contents sold on note include but are not limited to: Novels, how-tows, columns, and manga. 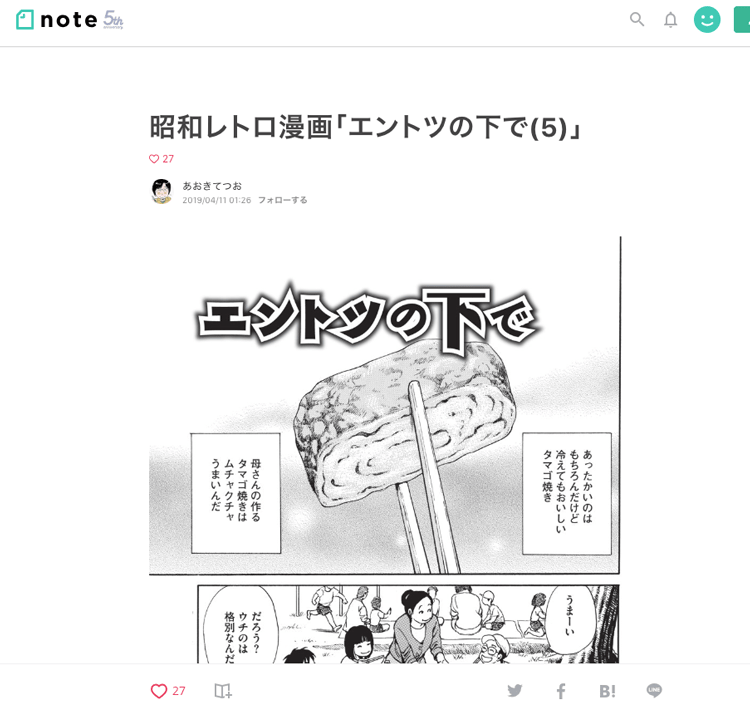 Once Japanese influencers are becoming popular, they tend to belong to management agencies. There are very few influencers who work as “freelancers.” Agencies manage multiple influencers in different categories. If you want to work with an influencer who belongs to an agency, you need to contact the agency first. That means you can’t directly work or negotiate with the influencer. Here are some pros and cons of working with agencies. 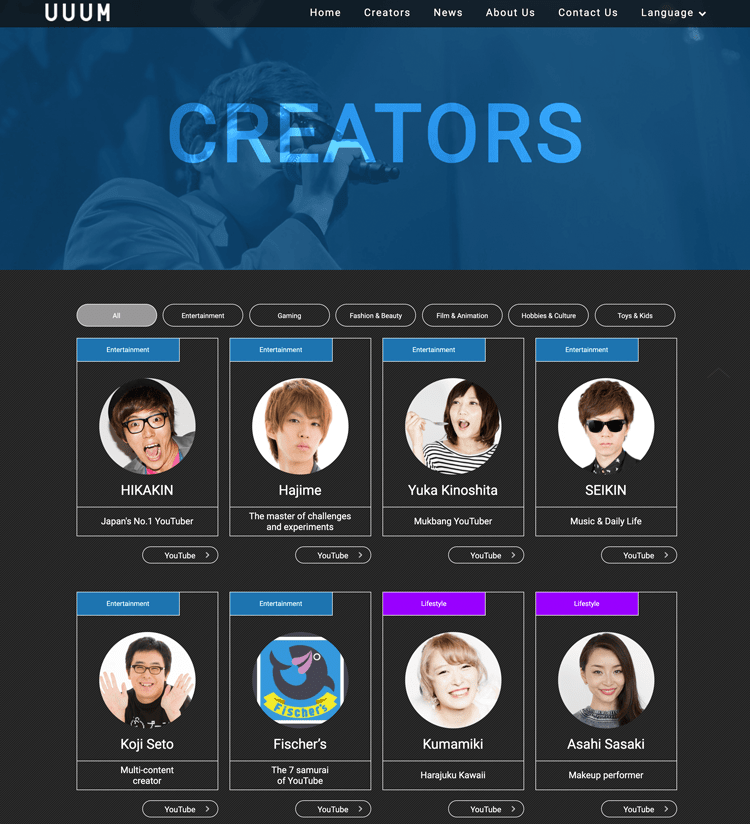 UUUM: One of the leading influencer management agencies in Japan

Since you are using a middleman, the total cost will be higher than working directly with influencers. Also, each agency has guidelines and rules regarding collaborations, so you will have less flexibility in your projects.

Japanese consumers are strict about non-disclosed paid-partnerships with brands. Since fake reviews were a big social concern and resulted in lawsuits in Japan in the past, people are skeptical about stealth marketing, or non-disclosed sponsorship.

Your non-disclosed paid posts are not only ignored by Japanese customers, but they also give consumers bad impressions. However, there are no direct laws to regulate the disclosure of sponsored posts by influencers in Japan (as of March 2019). Also, not all of the influencers are aware of the right way to disclose sponsorship.

So, it’s important for the brands to educate influencers. Also, make sure not to work with random influencers to just get as many impressions as possible. In the United States, we have clear guidelines for influencer marketing determined by the Federal Trade Commission. You should follow their guidelines until a Japanese one is established.

The picture below is an example of a typical bad non-disclosed sponsorship. These random influencers posted a picture of shower head simultaneously even though their regular posts are not related to the shower head at all. It was so unnatural and so obvious to customers that influencers were getting paid for posting images with the shower head. Consumers are not naive or stupid. They will immediately know these posts are “commercials.” 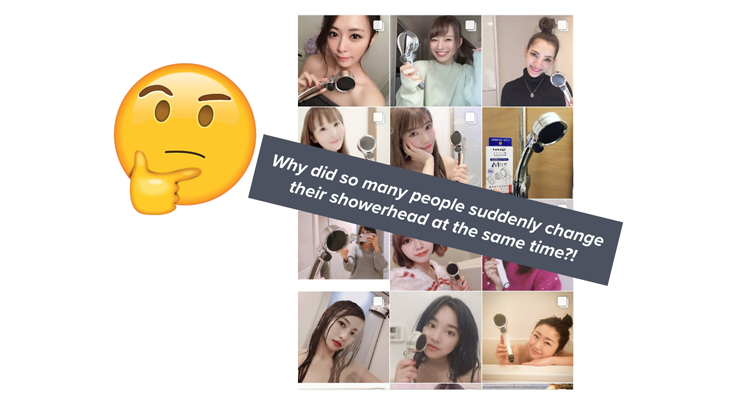 One example of a non-disclosed sponsorship

I hope you by now have a better idea of the influencer landscape in Japan. Entering into a new market, especially the countries/regions where a different language is spoken requires a lot of learning. Of course, you can do everything in-house through trial and error. But partnering with market expansion pros (like us!) might speed up your market expansion before your competitors do. We at btrax offer Japan market entry support from market research to UX localization and user acquisition strategy. Contact us to learn how we can work together to make your business expansion in Japan successful. We look forward to working with you!

If you enjoyed this article, sign up for our newsletter and receive exclusive updates on our latest freshtrax articles and more!