A Significant Shift in Consumer Behavior of Japanese Youth

At the 2016 Rio Olympics closing ceremony, Japanese Prime Minister Shinzo Abe popped onto the stage via a green pipe dressed as Super Mario, a famous Nintendo game. With that, excitement is already starting to build toward the Tokyo 2020 Olympics.

Japan has faced a significant shift in consumption behavior in the past decade, particularly among the younger generation. Companies hoping to grow their business in the Japan market need to understand and adapt to the new, less materialistic attitudes of Japan’s youth.

This article discusses three essential tips to marketing in Japan based on the latest trends and attitudes of young Japanese consumers. In particular, we will put an emphasis on the rising ‘Yutori’ generation – which refers to those born after 1987. In a sense, they are Japan’s version of America’s much-discussed millennial generation.

1. Let Them Express Themselves

According to a 2010 Mckinsey study, there has been a shift in consumer preference among Japanese Millennial buyers, who value quality and convenience over price. “Japanese shoppers are tired of cheap,” said Keiji Uchiyama, manager of a luxury department store in Japan.

On the other hand, young consumers in Japan are “internet savvy bargain hunters” who are willing to shop at low-end shopping malls nearby or at standalone specialty shops, as opposed to luxury department stores. 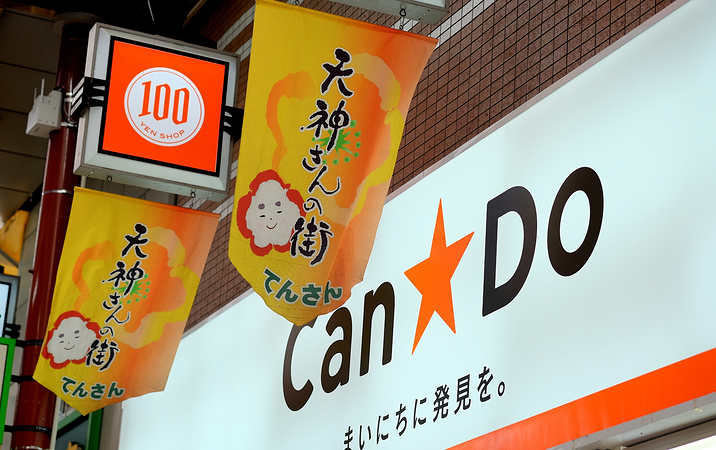 The above two paragraphs seem to contradict each other, but actually, the Japanese Yutori generation simply prefers value over price. They are still cost-conscious, which has led to the growth of various online services like Mercari – Japan’s first unicorn startup – a C2C shopping app which has been downloaded 32 million times. Other examples include Fril, a similar service to Mercari focusing on women’s fashion.

The flea market app industry is quite saturated in Japan today, but there is still room for products and serices where young people can express themselves. Such apps include WEAR, a web service where people can show off their favorite Harajuku-style fashion items. Another example is Cookpad, where people can share their original recipe ideas.

2. Learn from the Young Minimalists

40 Percent of Young in Japan Rely on their Parents’ Income

The Ministry of Health, Labor and Welfare conducted the “Survey of Employment of Young People,” where they asked Japanese people between age 15 to 34 about the workforce in Japan. The survey results showed that most consider their jobs to be temporary. In addition 40.3 percent the survey respondents said their main source of income was their parents’ income.

Japantoday wrote that the fact that some young Japanese people aren’t able to live their daily lives with just their wages suggests that  “the minimum wage in Japan is too minimum.”

Frugal Way of Living: Save Money by ‘Fasting’?

The previously mentioned Tes Tee Lab also found that 51.8 percent of Japanese youth wanted to reduce their food expenses. Some even said they only have one meal per day to save money and stay skinny.

Additionally, minimalism lifestyle trend is popular in Japan today, and some hardcore Japanese minimalists virtually live in empty houses surrounded by only the barest of necessities.

Some people take minimalism to the extreme, but according to Trend Soken’s survey, 90 percent of Japanese people already display frugal behavior on a daily basis. Generally, they enjoy a frugal life, trying out different budgeting ideas shared online or getting the latest energy-saving home appliances. One of the most common budgeting tools is an app on a smartphone. More than half of the Japanese housewives who responded to the survey cited that they have used smartphones for working out the family budget or to collect information on how to save money.

As the number of smartphone users in Japan increase, the range of budgeting apps follows. There are applications for sharing useful know-hows on saving money as well as applications for calculating loans. Some apps even allow users to fill in their utility bill information in the right order to keep track of payments.

One notable characteristic of this kind of budgeting app in Japan is motivation. Many popular budgeting applications in Japan give users motivating comments. Trend Soken points out that apps that provide motivation to users understand exactly what the Japanese homemaker wants, and predicts that the market for this type of tool will grow significantly.

These characteristics mentioned above are very unique reflection of Japanese lifestyle, and it requires the implementation of different marketing approach to adapt the needs of young Japanese consumers. In order to focus on their needs, using various observational and listening-based research, and learning the way they do things and why are required.

Another finding from the Tes Tee Lab survey is that 70 percent of respondents feel that anything over $10 is pricey. For example, most answered that they tend to spend $10 at a time when adding money to their subway cards.

This kind of frugal spending behavior is linked to Japan’s economic downturn, but also has to do with the social environment of young Japanese consumers.

While university life in Japan is often referred to as the “summer break of life,” exploitative part-time jobs (alternatively known as “black baito”) have become a serious social issue among young people. It has become quite common for Japanese millennials to work at “Black Kigyo” – companies that offer exploitative jobs – which forces them to work overtime without pay in conditions that violate labor laws.

One of my friends worked at an Izakaya (Japanese-style tavern) and was hit by bottles falling from a shelf. She chipped her tooth and didn’t receive any financial compensation for her injury from the workplace because she “only worked part-time” and wasn’t eligible for any welfare benefits under the company’s regulations. She makes her own living and is trying to keep up with her studies at school, and on top of that, now has to manage the expensive treatment costs on her teeth.

As this type of experience is common in Japan among young people, it is important to adjust product prices with Japanese frugality in mind. When targeting the younger generation in Japan, brands should be mindful of their product affordability.

A study by Business Daily Nikkei conducted in 2008 found that only 25 percent of Japanese men in their 20’s wanted a car, falling from 48 percent in 2000. This statistic is supported by the slump in sales in that period. Japanese women in their 20’s, on the other hand, seemed to be losing their enthusiasm for foreign luxury brands. Louis Vuitton reported a 10 percent drop in sales in Japan in 2008.

In addition, people have started to drink less, according to a survey by Shinsei Bank. The average office worker received a $398 monthly allowance and had to attend drinking parties after work with their bosses, which cost $28.75 on average. In comparison, lunch on average costs $5.13 in Japan, so it is understandable that many workers skip after work drinks, ruining their opportunities to get promoted.

Japan’s Yutori generation is the first generation of consumers who are not fully satisfied with luxury brands. As such, understanding the three points addressed in this article is important to realizing the potential of the world’s third largest economy. For any company looking to launch or grow a business in Japan, a new, different approach is necessarily to appeal to the younger generation’s unique mindset.