Two of the exhibiting prototypes, INUPATHY and POSTIE, are available for pre-order on Indiegogo in time for their SXSW showcase. (It’s INUPATHY’s debut and POSTIE’s second time at SXSW!)

HACKist’s prototypes are developed based on what they call “Metamorphic Prototyping,” which is the modification of prototypes to suit various needs and issues of Sei-katsu-sha, meaning “living person.” This stands in contrast to the word Japanese marketers typically use for consumers, Sho-hi-sha, because HACKist aims to create new lifestyles with their products, not just sell.

With the growth of IoT, SXSW has gained widespread attention even in Japan. HACKist has taken the initiative to exhibit prototypes based on their “Metamorphic Prototyping” concept since SXSW 2014.

For their third SXSW entry, HACKist has been expanding their field of research with the aim to start crowdfunding initiatives and business with high-tech companies worldwide. Including INUPATHY, they will have six IoT prototypes in their exhibit this year.

Check out the six exhibiting prototypes at the HACKist SXSW booth this year below.

The world’s first mental visualizer for dogs based on heart rate variability.

INUPATHY is an IoT wearable device for your dog that tracks and analyzes heart rate variability (HRV). Using colored lights to visualize emotion, it can tell you if your dog is happy, excited (nervous), relaxed, or concentrating. 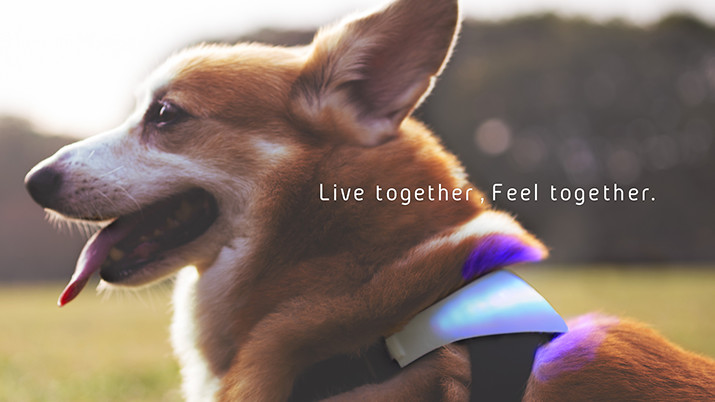 The device allows you to feel a closer connection to your dog than ever before.

INUPATHY can do two key things:

Your dog’s mood data is stored on the INUPATHY Cloud, which you can check any time to track your pet’s mental state on using the INUPATHY smartphone app. INUPATHY will also recommend ways to interact with your dog to deepen your companionship.

INUPATHY is available for pre-order on their Indiegogo page.

An IoT device that gamifies snow shoveling to make it more enjoyable.

Japan records some of the heaviest snowfalls in the world.

During winter, a third of Japan is covered in snow. In areas with heavy snowfall, houses and cars get crushed underneath if the snow is not removed. For residents of northern Japan, shoveling snow every day is a painful but necessary task, especially in areas where there are many elderly residents.

Dig-Log is the first IoT device that encourages users to shovel snow by turning the grueling activity into a sport. 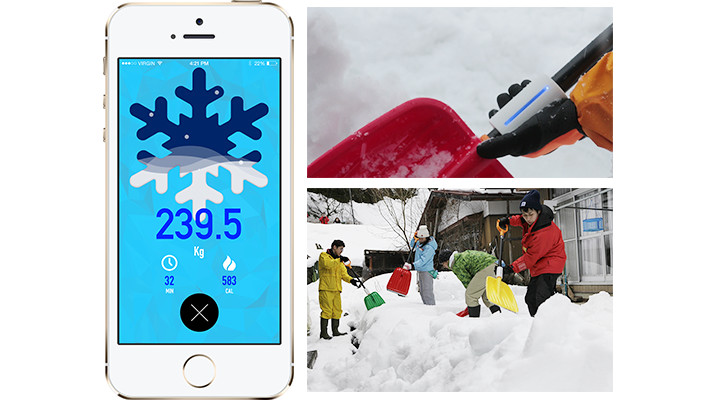 The process is simple. All you have to do is install Dig-Log on your snow shovel and connect it with the accompanying smartphone app.

Dig-Log allows you to calculate the weight of snow removed and the amount of calories burned in doing so. By visualizing your activity, you can add snow shoveling to your fitness routine and even compete with your friends. Additionally, Dig-Log logs information such as your location and time (taken to shovel snow). It can be used to play games linked to your location data.

By turning a tough task into a form of entertainment and sport, Dig-Log has the potential to motivate people to shovel snow, which can create a ripple effect in other areas such as increasing the number of disaster volunteers.

POSTIE is a device that delivers real hand-written messages on paper to friends and family who live far away.

Sending letters using POSTIE is faster than using conventional postal systems as you can send handwritten messages, stickers, and photos instantly whenever you like.

Using POSTIE is easy. Install the POSTIE app on your old or unused smartphone and place it on POSTIE’s face. Once Bluetooth connects the device and app, POSTIE can receive your friends and family’s messages. This gives your old smartphone a new role and life as a postman delivering and receiving real letters.

To send messages to someone’s POSTIE, you will need to install the POSTIE app on your own smartphone as well. Then you can send self-styled and self-designed messages to another POSTIE whenever and wherever you want.

Many messaging apps and social networks such as Facebook and Twitter have realized and monetized the convenience of instant communication, but there is value in messaging across all mediums, online or offline. A handwritten message has various personal expressions and POSTIE can deliver it on paper instantly to anyone, anywhere.

POSTIE is available for pre-order on Indiegogo.

Outdoor activities have always been popular, but accidents do happen.

To put an end to these accidents, we developed a system that can transmit the location of a mountain climber without the need of cellphone reception. This enables climbers to be found and rescued faster in the event of an emergency.

This system is called TREK TRACK.

TREK TRACK is a unique mesh network made up of smartphones and wireless stations installed at regular intervals throughout a mountain. When climbers pass by each other, their information is transmitted and stored on each other’s smartphone. This information is uploaded onto the TREK TRACK server when one of them connects online. This allows for climbers’ whereabouts to be visualized.

To ensure no loss of power in the middle of the mountains, climbers can charge their mobile devices by plugging them into the wireless stations installed throughout the mountain. These wireless stations are powered by solar energy and a methanol-powered generator jointly-developed with a research organization specializing in electric generation.

Additionally, weather and disaster information received via TREK TRACK’s online capabilities brings up-to-date information to climbers in the event of an emergency.

TREK TRACK aims to turn mountain climbing into something more fun and safe, bringing peace of mind to climbers and their families.

What if the things you owned suddenly started talking? 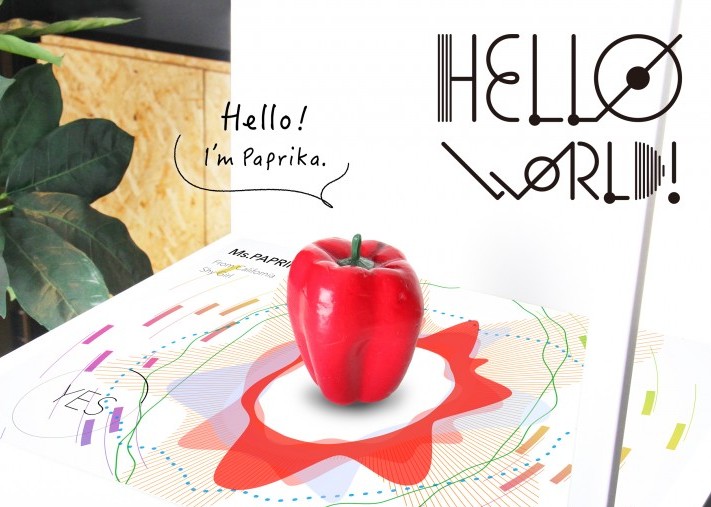 Growing up with Toy Story, this is the stuff of every kid’s dreams. HELLO WORLD! is a magic table that breathes life into inanimate objects. Leave an object on the table and it will come alive, telling you about itself and asking you questions about humans. The object will also look human-like thanks to the combination of video projections and voice audio.

Now, things can have souls too.

PLAN-NET is a reinvention of the traditional table clock that changes the way you interact with the device. It turns your calendar schedule into a fascinating work of art you actually want to look at. 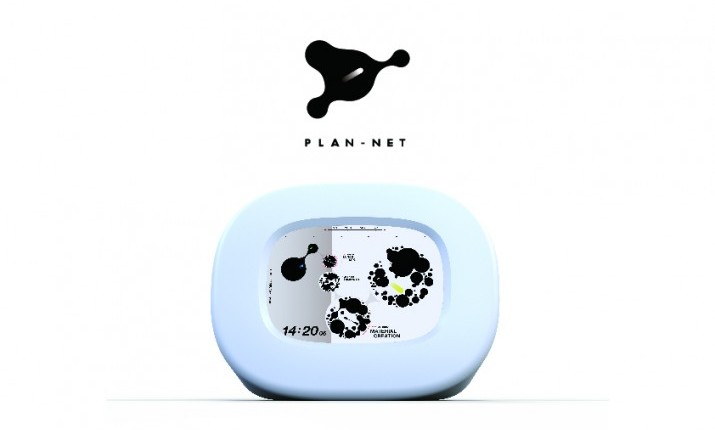 Set it up by syncing PLAN-NET with your Google Calendar schedule. After that, PLAN-NET’s unique algorithm will turn all your tasks into a beautiful dynamic universe – atoms represent time and planets and galaxies help visualize your tasks.

PLAN-NET turns calendar events in the past, present and future into creative art to help you visualize your schedule intuitively. The aesthetic of the visualization aims to make looking at your schedule a task less stressful and more interesting.