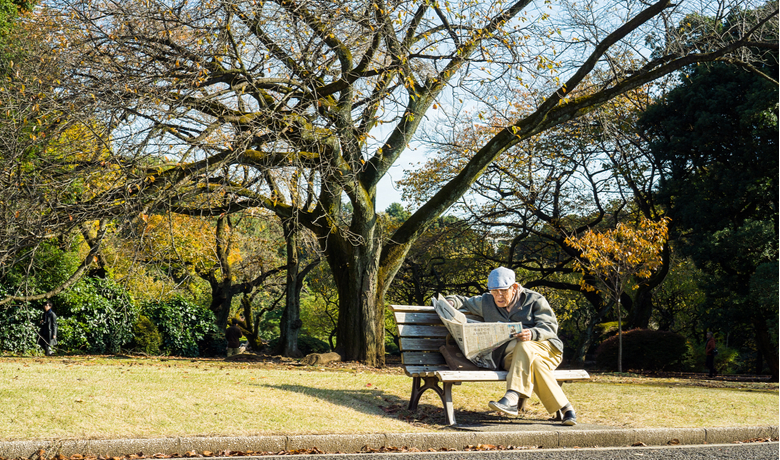 The Japanese market is full of people with money to spend. Media reports have identified that it’s not enjoying enormous growth, but it would be a huge mistake to dismiss it when planning a global e-commerce rollout. It’s a country of 126 million people. That’s bigger than the combined population of Germany, Benelux, and EU Scandinavia. Many Japanese have disposable income, and an inclination to shop online.

That said, it seems that the Japanese don’t order from overseas quite as much as, for instance, Germans or Australians. 32% of Japanese online shoppers have made orders from overseas, as compared to 73% of Germans and 66% of Australians. Even so, in 2014 the Japanese made £1.3 bn worth of purchases from US websites, and £0.15 bn from Chinese websites. That was a 100% increase in 2013, and the combined figures represent just 3% of Japanese e-commerce. The potential is clear, and the opportunities are exciting.

Japanese e-commerce demographics behave somewhat unusually, in that older consumers are more inclined to shop online than younger ones. 76% of women aged 20-29 made online purchases last year, whereas, for the 40-49 age range, the figure was 93%. Not only did older demographics make more purchases, but they also made more expensive ones (see Figure 2 below). Their spending power decisively outstrips that of the under-30s.

As McKinsey points out in their report about the Japanese consumer in 2010:

This generation—people in their 20s—has grown up through Japan’s difficult economic climate, never knowing the boom times the two previous ones experienced. Its lifestyle has prompted the nickname the hodo-hodo zoku, or “so-so folks” (or, even worse, “slackers” or “herbivore men”).

Women in their 50s are the most likely to buy online, making an average of almost 20 purchases every year. Women in their 20s make fewer online purchases, averaging fewer than 10 per year. The market should look particularly enticing for brands that target consumers in the 35-65 age range. 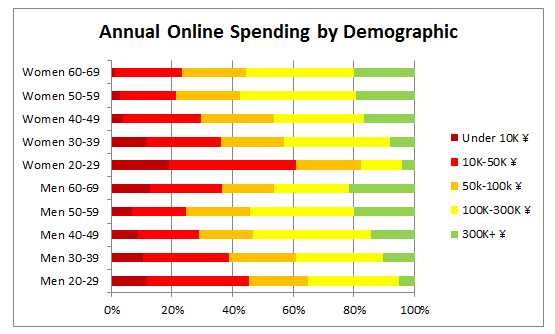 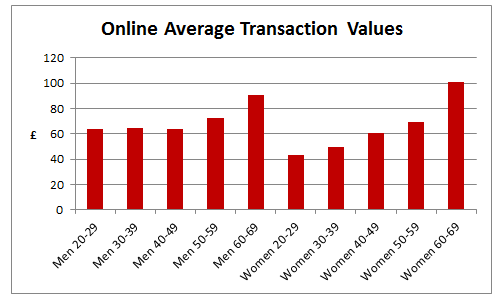 Figure 2 – ATV by age and gender

Specific buying habits display definite gender biases. In the last 12 months, 59% of men have made an online purchase of a computer, while the figure for women is 27%. In cosmetics, it’s 17% of men and 59% of women, and in clothing, 45% of men and 66% of women.

Even though certain categories clearly lean towards one gender or the other, it’s clear that none is exclusively the realm of either men or women. And a market in which 17% of men bought cosmetics online must be an intriguing one.

McKinsey looked at the attitudes of Japanese consumers in a 2010 study. Though a little out of date now, it nevertheless offers some interesting insights. One development, in particular, should reassure those who are looking to enter the Japanese market:

After decades of behaving differently, Japanese consumers suddenly look a lot like their counterparts in Europe and the United States.

Japanese consumers are… questioning their famous inclination to pay for convenience… In apparel, high-end department stores concerned about the vanishing shopper have started leasing space within their stores to value-focused competitors such as casual-clothing chains Uniqlo and Forever 21, hoping that this will revive customer traffic.

Why do the Japanese buy online?

Those surveyed give some familiar reasons for shopping online, as well as more unusual ones. Similarly to shoppers elsewhere, they find that they can get more for their money online, where prices are generally lower and easier to compare.

That said, the top two reasons given for shopping online are less to do with price, and more to do with convenience. 71% commented that online shopping meant they could buy any time they wanted. 62% mentioned the advantage of not having to leave their homes.

Even if habits are changing in Japan, as McKinsey argues, convenience remains a major factor. What’s changed since the rise of online retail is how the desire for convenience manifests.

The fourth most cited reason comes from 50% of female online shoppers. They value highly the ability to collect reward points. Almost every major retailer in Japan offers a loyalty scheme of some sort. Checkouts normally give shoppers the option to accumulate or to spend points that translate directly into a Yen value.