With Japan ranking as the world’s 4th largest e-commerce market following China, the United States, and the United Kingdom, it’s reasonable to gravitate towards Japan as a key market to expand your retail business.

Once you decide to sell your products in the Japanese market, one of the first things you need to do is decide whether you will sell via your own website, on a Japanese e-commerce marketplace, or maybe both. While selling your products directly to consumers from your website gives you full control over your brand and higher profit margins, it might be difficult to reach a large audience and generate sales, unless you already have strong brand awareness.

If your brand doesn’t have much awareness in Japan, one solution is to sell on a marketplace where your target audience can already be found. But selecting the right marketplace is essential to scaling your business and we’re here to help you understand who the key players in Japan are.

As you would expect, Amazon and Rakuten, Japan’s leading e-commerce platform, occupy a huge portion of the Japan business-to-consumer (B2C) e-commerce marketplace share in Japan. Unfortunately, since neither company officially shares its total annual transactions, these numbers are estimates based on multiple public sources. As Rakuten’s annual transactions include its other e-commerce businesses such as hotel/flight booking, Rakuten Pay, and Rakuma (we will cover Rakuma later in this article), it is more likely that Amazon outperforms Rakuten as an e-commerce marketplace.

While Rakuten is known for its busy website design, which may not align with your branding, it holds a huge and loyal customer base with over 100 million members. Rakuten does not only offer a vast e-commerce marketplace, but also a variety of services including mobile payments, online banking, insurance, online travel booking, music streaming, video streaming, job boards, e-books, etc. The platform is popular because users can earn reward points from using its services, which can then be used to purchase products or other services from Rakuten. Approximately 70% of members use Rakuten services at least once a year. With such a large audience, the Rakuten ecosystem may be the best marketplace for you depending on the products you sell. 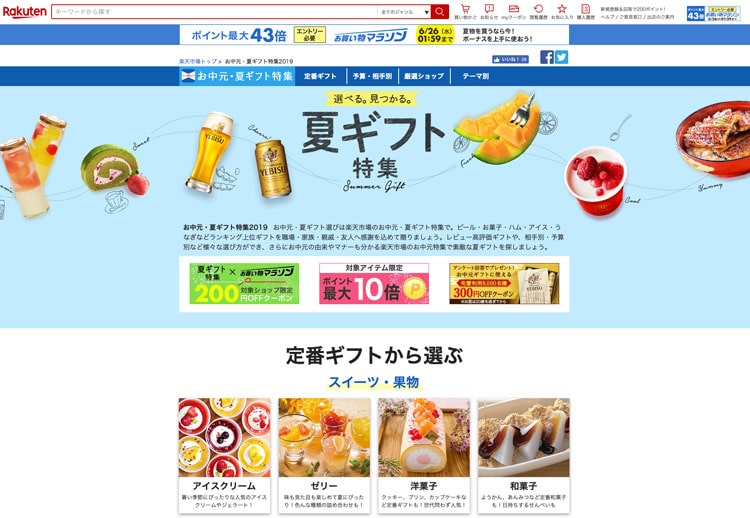 ZOZOTOWN is the largest fashion-focused e-commerce marketplace in Japan with more than 7,000 brands selling on it. If you want to reach a fashion-forward audience, ZOZOTOWN might be your best bet as over 8 million people make purchases on ZOZOTOWN annually. However, you need to be aware of its high royalty fees (reportedly around 30% of your sales go to ZOZOTOWN) as well as the qualifications you need to meet in order to sell on the platform. While the qualifications are not publicly available, it is rumored that brands be fairly established and meet certain sales metrics.

【Related Article】How One Japanese Company is Pioneering the Fashion-tech User Experience – An Interview with ZOZO, Inc. 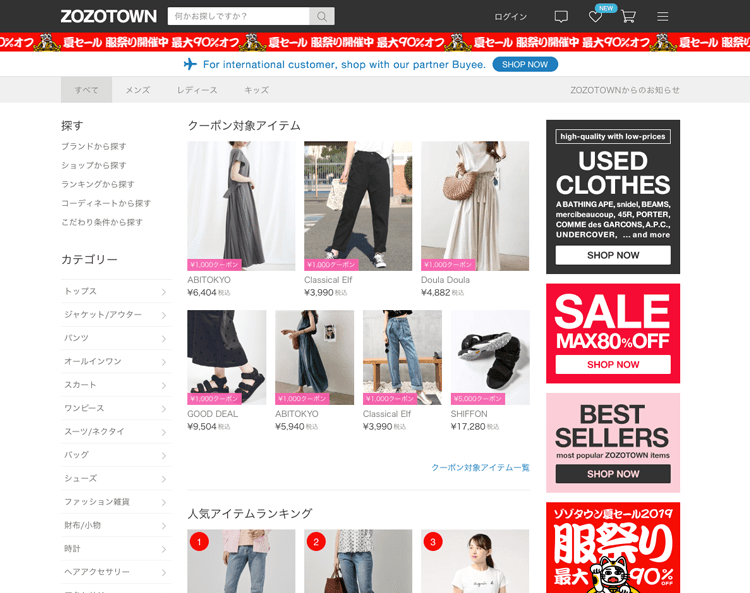 There are a few up and coming e-commerce marketplaces in Japan focused on selling to young women interested in affordable and trendy products. 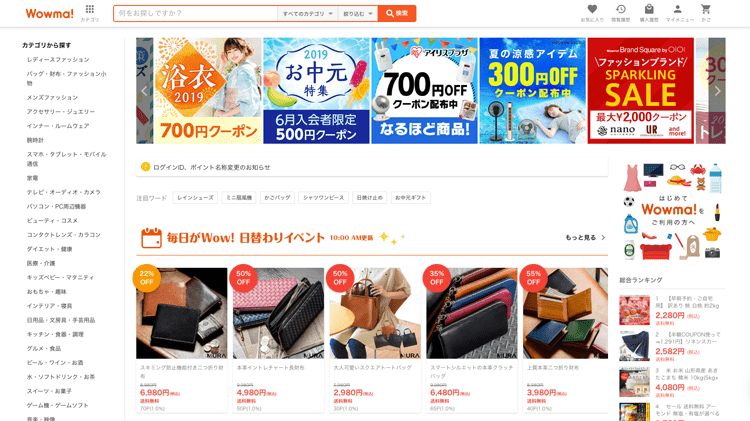 The e-commerce landscape in Japan

In 2018, the total size of the Japanese e-commerce market was 166 billion USD (1 USD = 108.37 JPY). The Japanese e-commerce market is broken into 3 categories: 51.7% retail, 37.0% services, and 11.3% digital content. Although the market size of all of these categories has increased in comparison to the previous year, the increase in the service category is the most prominent. 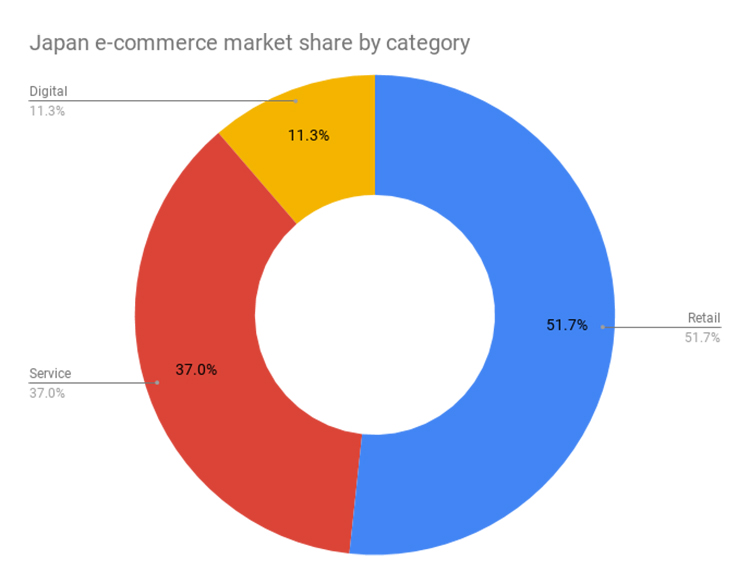 Several of the dominant key players in this market offer a multitude of product lines that allows them to be multifaceted, reaching a wider range of consumers. They have contributed to much of the e-commerce market growth seen in the graph below. 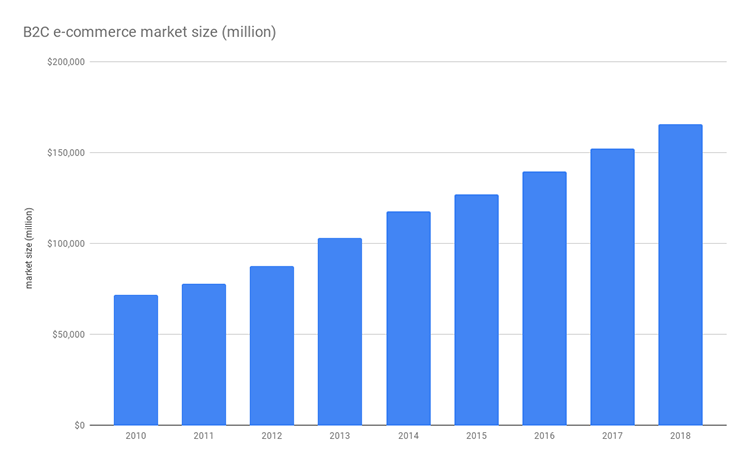 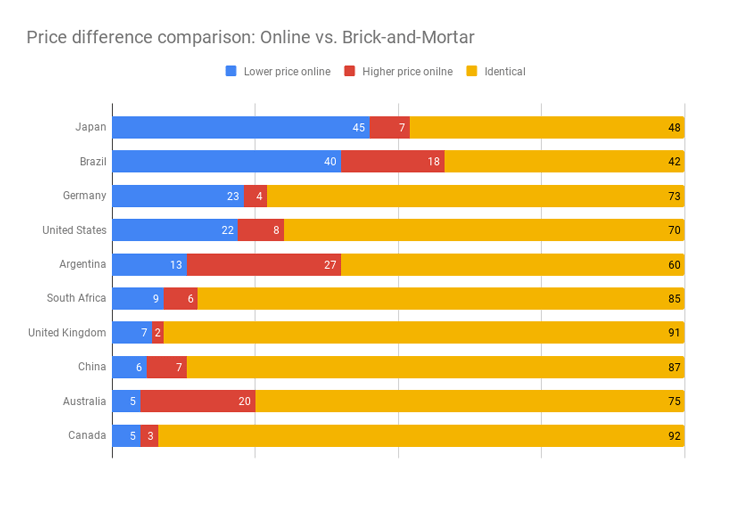 Japanese online stores typically lower prices because online shopping is not a very popular shopping method for many Japanese consumers. Since most retailers are concentrated in major cities in Japan, Japanese consumers can conveniently go to the store to buy the things they need, which is more efficient than waiting for products to be delivered to their homes.

Therefore, Japanese consumers have the expectation that they can purchase products cheaper online. With price comparison websites in Japan like kakaku.com, it’s easy for Japanese consumers to find the cheapest place a product is sold. This forces retailers to lower prices to meet customer expectations and be competitive. However, lowering the price is not sustainable for long-term growth and price should not be the only factor to consider to stay competitive. It’s extremely important to define your value proposition and present additional values to your customers besides cost.

Many people use the Mercari app similar to how they would use the outfit rental service app, Rent the Runway: they buy clothes from Mercari at an affordable price and wear them once or twice, then sell it on Mercari again. In this way, they have access to an unlimited cloud-based closet shared with others. 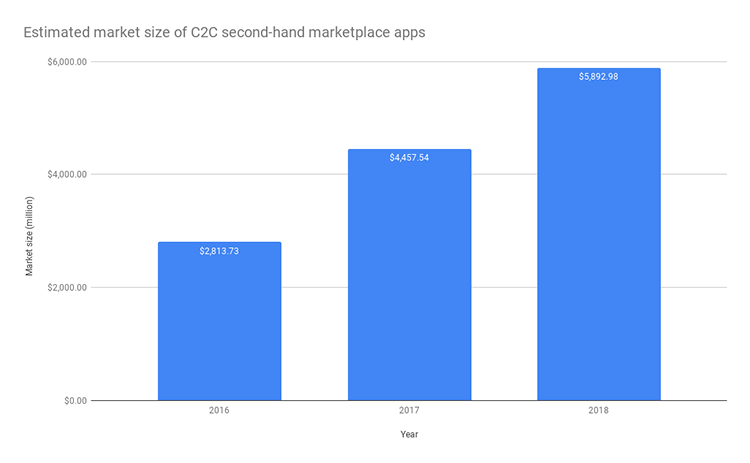 With the rise of the C2C market, we see interesting changes in consumer behavior. With direct access to sell products in just a few taps on a smartphone, consumers seem to be purchasing brand new products as they can easily sell them if they don’t work. For example, if the clothes you just bought don’t fit well or you no longer like the clothes, you can sell them anytime and use the money to buy something else. It may sound contradictory, but C2C marketplaces encourage consumers to buy products from retailers because it provides a safety net for customers who are more hesitant to buy products they aren’t sure of. 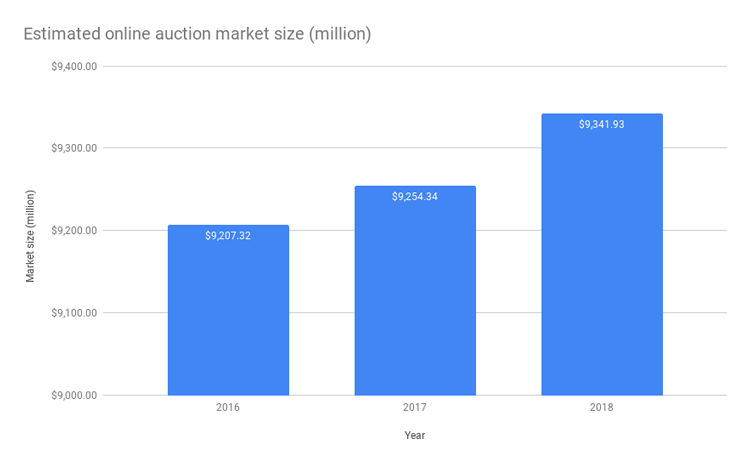 3) Seniors are shopping on mobile

If you have a stereotype that seniors are not tech savvy, you are missing out on a huge business opportunity. The older generation is starting to drive online sales and will continue to contribute more in the future.

More and more older Japanese are using smartphones. According to a research paper by the Japanese Ministry of Economy, Trade and Industry, 85.5% of Japanese people in their 40s and 72.2% in their 50s owned a smartphone in 2017, which is a significant increase from 64.8% and 41.8%, respectively in 2014. In addition, the research paper stated that the monthly consumption expenditure of those in their 50s is 2,700 USD while those in their 20s is 1,570 USD. With the increase in the older generation using smartphones, we can see the potential growth in mobile commerce activities.

We are already seeing a growth in mobile commerce by senior users by looking at Rakuten’s C2C marketplace app, Rakuma. According to Rakuten, the number of new users in their 60s to 90s has increased by 29.8 times in 3 years! Also, their average transaction rate is 123% higher than users in their teens and 20s.

Considering that Japan is entering a “super-aged society” and 27.7% of the Japanese population are people older than 65 years old, you might want to shift your strategy to focus on the older generation to scale your business or change your UX to be more senior friendly.

The e-commerce market has been growing and will continue to do so for a while. After seeing success stories of D2C brands like FABRIC TOKYO and Allbirds, selling products directly to customers is very appealing.

Launching a brand in a new market is hard and can be a substantial investment, especially if you don’t have much brand awareness in the market yet. If that’s the case for you with the Japanese market, you might want to consider utilizing a Japanese e-commerce marketplace while you build your brand in Japan. Selecting the right marketplace and/or partner is essential.

Since there is no playbook or a one-size-fits-all solution, it’s important that you fully understand the local market and your customers to increase your odds of success when entering the market. Here at btrax, we have helped many global brands to expand business into the Japanese market and can help you as well.

Want to know more about the e-commerce landscape in Japan? Contact us to discuss how we can work together. If you liked this story, please subscribe to the btrax newsletter.