Last year, we published an article based on a webinar given by btrax Senior Advisor Hidemaru Sato, who has a rich track record as a country manager for both Japanese companies in the US and American companies in Japan. His experience includes leading companies like AOL, Expedia, DoubleClick, comScore and MarkMonitor in their international expansion. Mr. Sato graduated from Stanford with a Master’s degree in engineering.

In the span of his career, he has seen many foreign companies rise and fall when entering the Japan market. As such, we decided to interview him to get his views on what many companies get wrong when trying to expand in Japan. 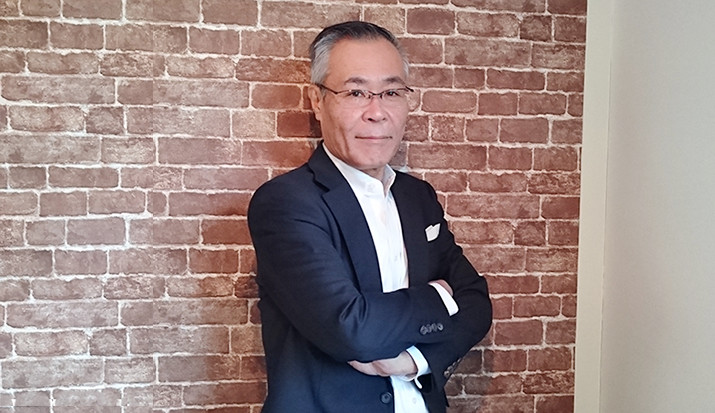 This article is published in its original interview format below.

First, I want to talk about your background and what US companies you’ve helped grow in Japan. Can you give examples of companies you’ve worked with that have successfully gotten their footing in Japan? What was the strategy that made it work?

The US companies I have experience leading include AOL Japan, Expedia Japan, and DoubleClick. As the Japan Country Manager, I helped them acquire an office location, develop a team and a business plan, and overall helped their business fit in more with Japanese culture.

A key part of the role of a Japan country manager is to explain the differences between Japanese and American business practices.

So the key question was: How did I get their business to work smoothly in the Japan market? All of these companies already had local competitors at the time. There were many big domestic ISPs in Japan already when AOL wanted to expand. And of course, there were many travel agencies in Japan already in the mid-2000s, many of which just started building an online presence.

How can a foreign company compete with local incumbents? A country manager has to understand Japanese business culture very well in order to bridge the gap between US company management and the Japanese consumer. A key part of the role of a Japan country manager is to explain the differences between Japanese and American business practices.

One key part of Japanese business culture is that there are many associations in every industry. For example, consumer electronics companies like Sony, Toshiba and Sharp are all part of an association and there, they exchange information. Although companies compete against each other, they also shake hands and look at the bigger picture of their industry together.

Japan is a conservative country when it comes to business and if the industry doesn’t like a foreign competitor, they will try to block them from joining (for example, the taxi association doesn’t want Uber to come to Japan so they have been blocking expansion). Japan country managers of US companies should join these industry associations and try to shake hands with the key persons of the industry.

You have to show them that your entry into Japan will make the entire industry better and therefore benefit the other companies, and that you’ll work together with them. Even if that’s not necessarily the case, it’s important to have this connection and this type of networking is part of the larger business strategy for any company wishing to enter the Japanese market and work around any roadblocks.

The worst thing any company could do is simply translate their entire company and bring it to a new country.

Therefore, the most important part of any global business strategy is to understand the local business culture and consumer behavior very well. When it comes to things like application menus and user interfaces, every country has its own style. The worst thing any company could do is simply translate their entire company and bring it to a new country. Translation doesn’t work, especially for a country like Japan that has a very different messaging style and user interface.

Direct localization and direct translation usually doesn’t result in successful global expansion. An agency like btrax understands both cultures. When a US company goes to Japan, btrax can help them better navigate the Japanese business landscape with local staff that can combine and highlight the best parts of American and Japanese culture to feed to consumers.

What is the biggest challenge for US companies that want to enter the Japan market?

When I was at Expedia around 10 years ago, the travel industry in Japan was totally different from the US. Airlines couldn’t sell plane tickets directly to consumers, and railway companies couldn’t sell train tickets directly either. There were three or four big travel agencies that had more than 50 years of history at the time  they developed a lot of regulation in order to control the travel industry.

Expedia was an online platform where people could make hotel reservations and buy plane tickets on the internet, so the user interface on the consumer side was really good. Consumers didn’t need to go to a travel agency or shop in town to book their trips. The problem was that the prices were almost the same, or travel agencies were actually much cheaper due to heavy regulation.

The internet is a lot easier to work with today and is an obvious place to start a business, but in the past, it was difficult to convince people to change their ways.

To resolve this, we talked to many major travel agencies, airlines and railway companies to explain that the consumer enjoys reserving tickets or trips on the internet – that this is the new experience that people want.

The Japanese travel agencies can also benefit from this internet revolution because they can help people reserve tickets and hotels online. We (as Expedia) shook hands with many hotels and airlines and explained to them that the internet is where the future is. Today, online travel agencies are bigger than their traditional offline counterparts.

Many other competitors have emerged, such as Rakuten Travel and Yahoo Travel, but Expedia was the first to trigger the break in the traditional conservative world of travel in Japan. After two or three years of breaking into the industry, many low-cost airlines appeared and today, anyone can find cheaper tickets on online travel agencies.

The internet is a lot easier to work with today and is an obvious place to start a business, but in the past, it was difficult to convince people to change their ways. The US market ten years ago was far more advanced on the internet.

With your experience working as a country manager for many US companies, you must have seen some competitors or other companies try and fail to expand in the Japan market. Do you have any such examples, and what did they do wrong?

When I started working at AOL, there were already a lot of big competitors in Japan. Sony, Panasonic and NEC all had their own internet service, and each company also supplied desktop PCs at the time. AOL was only a content service, and we had a lot of problems figuring out how to develop content better than everyone else.

[A] company that typically fails to expand in Japan is one that is hugely successful in their home market, and thinks they can replicate their success story in Japan by doing everything exactly the same.

Another type of company that typically fails to expand in Japan is one that is hugely successful in their home market, and thinks they can replicate their success story in Japan by doing everything exactly the same. After two or three years, this type of company usually withdraws back to the US.

One example I have is eBay. In its early stage, 13 years ago, they tried to replicate their US business model in Japan. After one or two years, they invested a lot of money in marketing, branding themselves as the best marketplace and auction site in the world. But at the time, Yahoo! Japan started Yahoo! Auctions, and they understood Japanese consumer behavior very well. eBay had a really great service, but didn’t understand what kind of auction or bid style the Japanese audience would prefer. There’s no eBay service in Japan today.

What about the changes in technology? What does a company entering the Japan market today need to do differently from a company doing the same thing 10 years ago?

All internet-related businesses need to understand how to utilize mobile devices effectively to give consumers a new experience online.

Technology has changed a lot since the mid-2000s. Wifi is faster, memory is bigger, computer processing power is higher and content is richer. These are all baseline tech changes. Business-wise, what changed dramatically is how easily people can access the internet. Ten years ago, people still used desktop computers or heavy laptops. Now, it’s really easy to get information and people are doing everything on their smartphones.

Going mobile means that e-commerce is also changing. The interface is different and multimedia content like movies and music are now consumed on mobile. This change is a global one. All internet-related businesses need to understand how to utilize mobile devices effectively to give consumers a new experience online. Only companies that do this stand a chance of winning.

Additionally, IoT and deep learning are two keywords that companies should be aware of. One of the biggest trends today is figuring out how the average consumer can use robotics technology in their everyday lives.

Sensor technology is another trend right now (and has been for the past few years), and lots of companies in the US and Japan want to use sensors to improve people’s lives. Today, sensors for watches and rings are cheap; wear them and they can measure your heartbeat, body temperature, and other bodily changes. They collect all this data and upload it to a server, where deep learning software can tell you about your body’s state.

These new technologies will be applied to many consumer services and systems within two to three years. Companies that can leverage these strengths to help consumers are more likely to be winners.

If you had to give one word of advice to companies looking to explore the Japan market, what would it be?

Think globally and do locally.

Understand cultural differences. These are the keywords to succeed in any country.