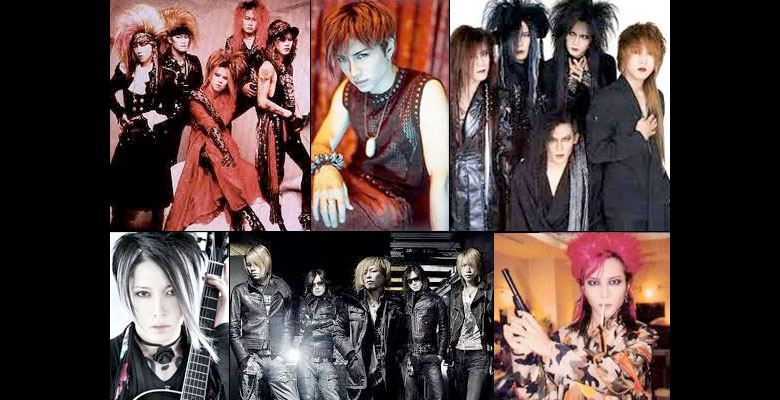 J-pop, once dismissed as derivative, disposable and with a shorter shelf life than sushi, has acquired a cachet of cool. Japanese musicians have developed their own unique take on the pop-music idiom, and Visual-kei (glam rock) bands like X Japan, Luna Sea, and Dir en Grey are now piggybacking on the global popularity of pop-culture exports such as anime and video games.

Through the 1950s and ’60s J-pop had next to no impact on the international music scene, apart from the odd novelty song,  a watershed moment came at the end of the 1970s, when Yellow Magic Orchestra (YMO), a trio whose best-known alumnus is keyboardist/composer Ryuichi Sakamoto, helped pioneer the electro-pop genre along with Germany’s Kraftwork. YMO’s unprecedented international success gave J-pop musicians a much-needed dose of confidence and paved the way for acts such as New Age keyboardist Kitaro, heavy-metal band Loudness and female punk trio Shonen Knife to take their music to the world in the 1980s and ’90s. And the explosive growth of social networking services like Facebook and MySpace is now giving Japanese musicians a new and powerful way to connect with music fans everywhere.

J-pop has blossomed into a bewildering variety of genres and sub-genres, supported by legions of dedicated followers. Their collective purchasing power makes Japan the world’s second-biggest market for recorded music.

They include boy bands Arashi and SMAP, whose popularity is bolstered by a never-ending round of appearances on TV shows, commercials, radio programs and concerts.

J-pop’s biggest act in the last few years has been female idol ensemble AKB48, a group of high school girls whose initial claim to fame was performing live shows daily at their own theater in Tokyo’s Akihabara electronic district. AKB48 struck a chord with the otaku (nerd) demographic, and the group has now achieved total media saturation.

Recently, on social media; especially on Facebook, many Japanese Visual-kei rock bands started attracting many fans outside of the country. The interesting pattern is that most of those bands had their highs in the ’80s and ’90s. Some of them even disbanded for quite sometime before reuniting in recent years. One of the examples of the case would be X Japan. Although they achieved nation-wide success soon after they signed up with major label back in 1989, they broke apart in 1997 followed by the death of one of their most popular members; hide the lead guitarist. Since then until they reunited in 2010 after over 10 years of silence. During the time, there have been almost no activities as a band except for their leader; Yoshiki’s appearances on Japanese TV shows every once in a while.

The band with a similar story would be Luna Sea. They have been considered as a “younger brother” to X Japan winning huge popularity from Visual-kei fans back in ’90s. They closed the curtain in 2000. Then in the end of 2010, they have “rebooted” themselves resuming their activities as a band. Even though they are considered to be the godfathers of Visual-kei genre back in the country, thanks to Facebook’s fan pages, they seems to be getting huge popularity from the overseas.

Some of the popular J-pop Visual-kei bans on Facebook: