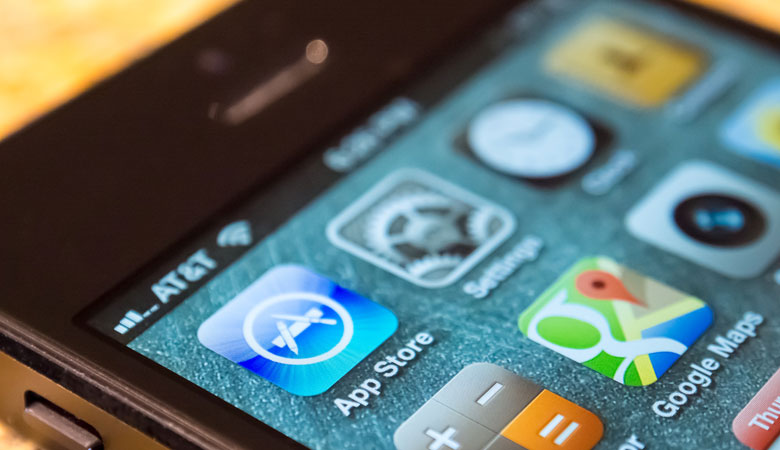 In the current economic climate, consumers are flocking to second-hand markets to find good deals and make spare cash from selling things they don’t need—which has enabled the rise of flea market mobile apps in the past few years. In Europe, there is Shpock and Depop. In the U.S., there’s Rumgr and Yardsale. However, the mobile-first (if not mobile-only) flea market model has become especially popular in Japan. This article highlights some of the most popular or interesting flea market startups in Japan. 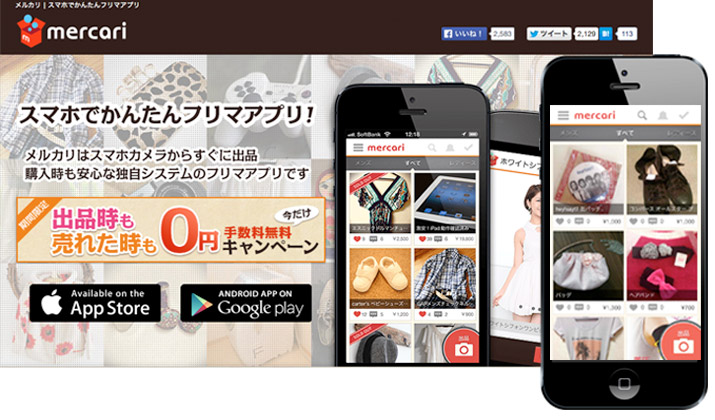 You may have already heard of Mercari in the news as they recently attracted $14 million in funding in March in order to open a U.S. office. Since launching in July 2013, the community-powered shopping app has been included in the “App Store Best of 2013” and “Google Play Best of 2013,” and has been growing at a breakneck pace of 10,000 items per day.

Mercari has been downloaded more than 1.5 million times so far and has facilitated several million dollars’ worth of transactions. The shopping app takes a 10% cut each sale, and products on the app cater to both men and women. However, the company’s CEO Shintaro Yamada has mentioned that the typical user of the app tends to be housewives who live in remote areas.  They are in the process of expanding to the U.S. market.

Below is Mercari’s Spring 2014 TV commercial. 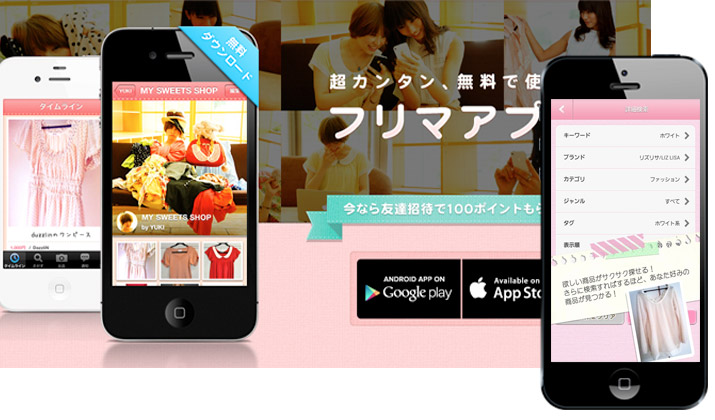 Fril’s marketplace primarily caters towards young women in their teens and 20s. The product focus is on ladies’ fashion. Fril’s specific target enables the adoption of a strong visual design targeted towards young women, using a “girly” color palette. The app was downloaded over 5,000 times within a month of its release and more than 10,000 items were sold. The young student demographic of the app’s user base means that the average price of items on sale is low, around 2,000-3,000 yen (around USD$20-30). 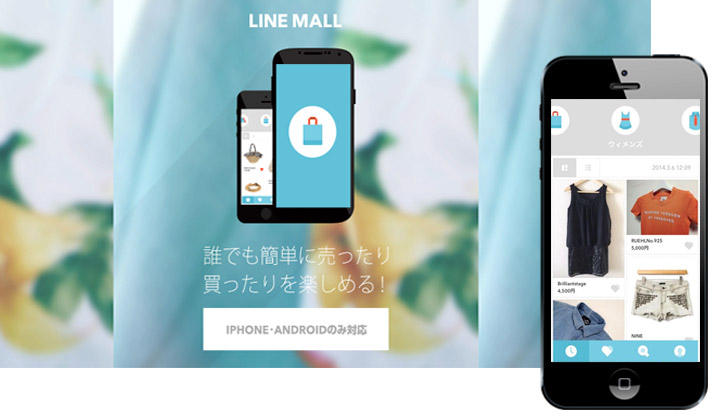 Line Mall is messaging app Line’s C2C e-commerce platform. Line Mall lets vendors sell products without listing fees, although–like Mercari–it takes a 10% cut from each sale. Buyers and sellers can communicate easily through their Line account, but people can also set up a separate Line Mall ID if so preferred. Users earn points every time they purchase or sell; these points can be redeemed for discounts later on.

Although Line Mall can be considered a flea market app (all kinds of products are sold, including clothing, books and electronics), Line sees other messaging apps like WeChat and WhatsApp as their direct competitors. The company rolled out the e-commerce service to increase engagement among users in order to compete with other messaging giants. 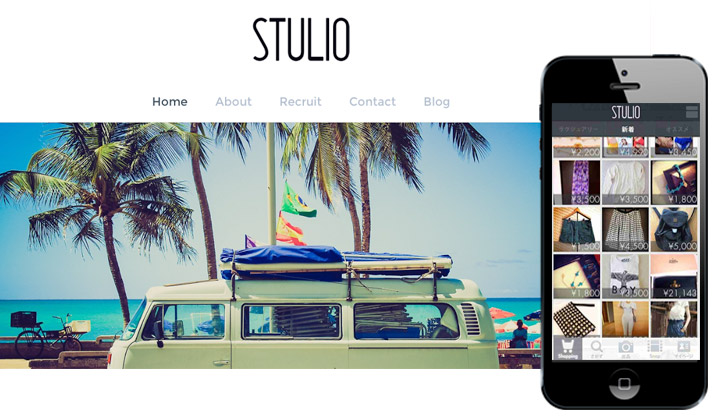 Stulio is a themed flea market for trendy branded clothing. It operates like a fashion photo sharing service where everyone can post their style and get comments and feedback. The app can be likened to an Instagram for fashion, except users can also sell and shop for clothing.  Stulio is popular among Japanese fashion influencers such as models and celebrities. The UX design of Stulio is particularly noteworthy due to its clean look and easy-to-use interface. 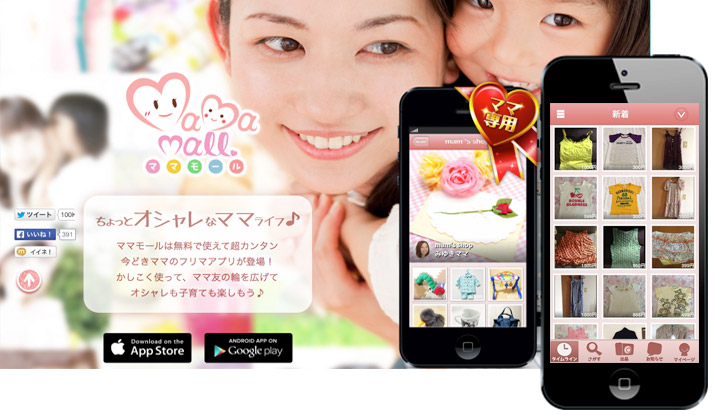 The flea market app category is popular and continues to grow in Japan. Below are some other examples you should check out: 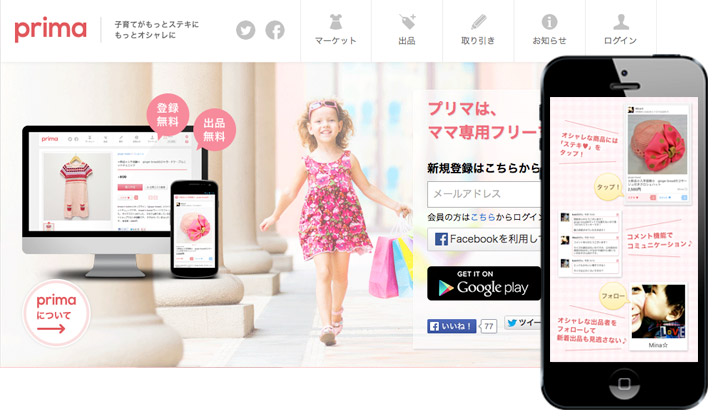 Prima is a flea market app for children’s clothing. It is primarily aimed at busy mothers. 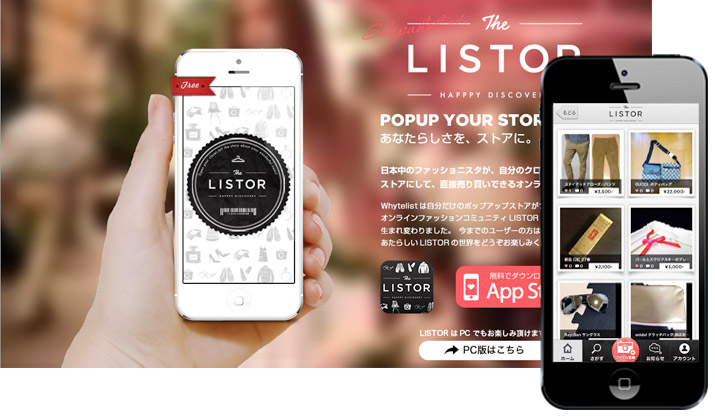 Listor is aimed at the Japanese fashion community. Users sell their own fashion items. The service is available on PC and iOS. 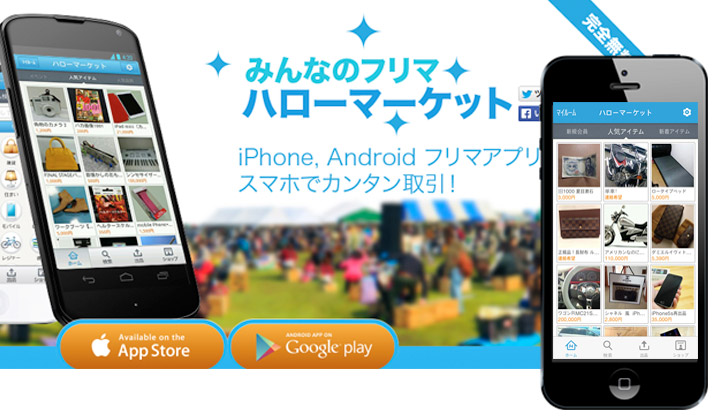 Hello Market caters to both men and women and has a wide selection of items on sale. 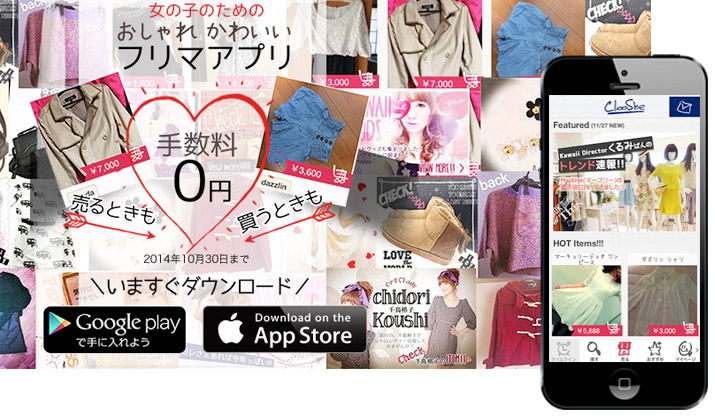 ClooShe is aimed at young women. The service is owned by Yahoo Japan.

The Popularity of the Mobile Flea Market in Japan

Although there are flea market-style mobile apps catered to people worldwide, the business model is especially popular in Japan for various possible reasons:

Vintage clothing is very fashionable in Japan and there isn’t a shortage of physical vintage clothing stores–the online and mobile app space is the perfect reflection of that trend.

Foreign branded clothing can be very expensive to purchase in Japan, so many consumers opt to buy used clothing for those brands instead of purchasing new products in store.

Japanese consumers tend to use smartphones a lot; in fact, many people don’t even use computers to surf the web, instead relying on their phones. “When asked about the mobile buying experience, one in four people who regularly read news on smartphones answered that they have bought something on their handsets.” As a result, mobile e-commerce has flourished and flea market apps are not an exception.

Yahoo! Auctions and Rakuten Auction (the Japanese version of eBay) used to be very popular, but it takes a long time to sell and shop as well as upload and create your own page online. Mobile e-commerce speeds up the entire process. In fact, many Japanese flea market apps state their key benefit is how little time it takes to set up a store or make a purchase.

The already established potential audience on mobile attracted many developers to create similar flea market-style apps at the same time–which resulted in many apps offering the same service.

The “Mottainai” culture (roughly: not wanting to be wasteful) in Japan creates a preference on a societal level to reuse things and sell off or donate unwanted goods instead of throwing them away, even if people cannot earn much from the sale.

Looking to the future, it’s likely there will emerge a clear group of front-runners within the crowded flea market mobile app space. Right now, Mercari and Line Mall look set to be a part of that future, but with the volatility of the startup community and technology’s tendency to change drastically at any moment, anything can happen. The next big thing to disrupt this space could simply be a competitor, or it could be a whole new concept that replaces the category entirely.