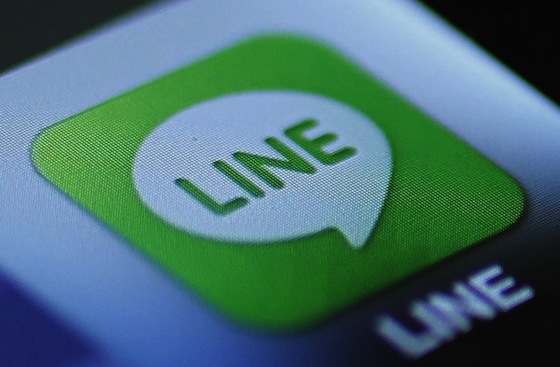 You might have heard of the name GREE and DeNA, companies running two oligopolistic social gaming platforms, GREE and Mobage. GREE became widely known for buying out Openfeint and Funzio, and recently opening its international GREE Platform. Meanwhile DeNA acquired ngmoco and recently released “Rage of Bahamut” in the U.S. which ranked in top of the grossing chart in both Apple App Store and Google Play.

But how about LINE? -Well, this is the name of the instant messaging app that has a great impact which might be a threat to Facebook and GREE as a gaming platform.

LINE is an instant messaging app from NHN Japan (Japanese subsidiary of Korean web company NHN), mainly designed for and used on iOS, Android and Windows Phone. You might think it looks like iMessage on iOS or Facebook Messanger, however there are some other features that make LINE unique.

Specially Made for Smartphones

From the very beginning, developers of LINE targeted smartphones. It works well on them and you feel much less stress than the Facebook app.

You need a phone number to create a LINE account, and it uses your address book to find friends. This makes LINE a “closed” communication tool, meant to make better friendships, not to meet new people.

The striking feature for LINE is the sticker. It’s a kind of illustration you can use in your chat with friends to make them know how you feel (Look at the right figure above). Stickers greatly attract most of the users and are what makes LINE one of the most “hot” instant messaging applications. Stickers were all free until recently. When the Sticker shop opened in this April a bunch of people purchased them and they sold more than $4.4 million, only in just two months.

From its launch in June last year, LINE now has more than 30 million users in Japan, which accounts for 44% of the smartphone users in the country. This app is popular not only in Japan but also in many countries, mainly in Asia, and shares has surpassed 70 million users in over 230 countries and regions all over the world as stated in their recent press release. And it’s still growing at a staggering rate of 5 million every 3 weeks. Surprisingly, 82% of the users are active. Below is a direct quote from the press release (TOKYO, Oct. 25, 2012, PRNewswire):

With their target of achieving 100 million* users within 2012, NHN Japan has confirmed that it will continue to work together with its domestic and international partners, as well as continuing its promotional activities of LINE overseas in North America and China, and increasing the content available to users on the LINE platform.

LINE is changing into a Platform 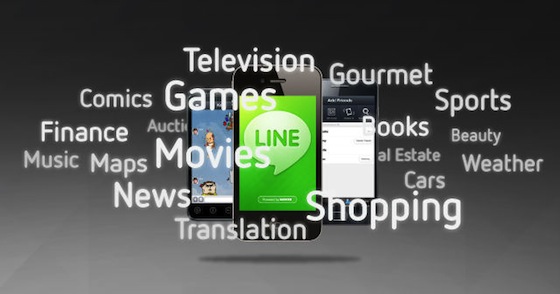 This fast-growing app is now changing into a mobile platform called LINE Channel. Developers can use LINE’s social graph and messages through the API to empower their apps. It will support two kinds of native apps for iOS and Android, and also HTML5-based web apps that can be used through LINE app.
The company says, and also hoping, LINE Game will be an important part of the platform. Will it work? Only time will tell (but I’m betting we’ll find out sooner than later)!

LINE’s advantage as a gaming platform is its large number of active users. LINE is also used as a buzz marketing tool in Japan. For example, in the campaign of the movie “Amazing Spiderman”, an original sticker was sold for free and 2 million users downloaded the sticker in 2 months. And also an official account, much like the one in Twitter, was made for this movie and 1 million people followed the account.

Strong engagement will be made by LINE. Players will be able to use push messages to friends or groups in LINE Games and this will make a high retention rate.

Monetization is the Key Point

When talking about the share, LINE is a strong platform. But I think it has a weak point in monetization, because of its real friend based social graphs. When it comes to buying virtual items, real social graph doesn’t fit to its needs. As a matter of fact the average revenue per player of Facebook games is much lower than that of GREE and Mobage, which are using virtual social graphs.

LINE Birzzle, the first LINE Game, was released this month. Thanks to the limited stamps for its players, it had over 2 million downloads in only one day and ranked top in the free downloaded apps in 7 countries. This proved that LINE will work as a strong buzz tool. And now it’s time to focus on the monetization. When it begins to make good revenues it’s time to think LINE as the next major platform in the smartphone generation.

For the full press release on PR Newswire: HERE

For the original report from Aug 31, 2012 by Social Game Report (content modified): HERE