After eight years in the South Korean market, Wal-Mart, the largest wholesaler and distributor to supermarkets in the world, withdrew from Korea due to tough competition from local retailer E Mart. South Korea is a unique market. Naver is more popular than Google, even though Google holds 88.8% of the search engine market outside of Korea. Koreans drink Cider instead of Sprite. Non-Korean companies might feel that it’s difficult to analyze and satisfy Korean customers, but then Korean customers will say that they’re not very demanding.

In order to show how more targeted marketing can help increase a company’s share of the Korean market, I’d like to outline some examples of Korean-style marketing that have received enthusiastic responses from consumers.

1) Of the people: Interactive Marketing

To hold customer-driven events and marketing promotions is to make customers feel that they are as important as the CEO. Valuing the customer improves brand value and has a halo effect because it’s targeted marketing. The companies that have been successful in the Korean market have uploaded user-generated content to their own websites, and have shared content via social media in order to engage Korean customers.

Korean Air’s marketing campaign began with a subject that many Koreans could get excited about: Patriotism for South Korea. People were asked to submit their ideas on how to best represent South Korea by taking pictures and sharing stories about their love for their country.

There were over 1,000 submissions in just one month. Korean Air created a customer-focused commercial based on the submissions, which promoted their brand through interactive marketing, and also had the public benefit of exposing more Koreans to the beauty of Korea.

For their new Big Mac campaign, McDonald’s asked Korean consumers to submit their own renditions of the “Big Mac Song,” and put them up for a vote. 2,000 submissions and 1.35 million hits later, the campaign was a massive success.

The Big Mac advertisement could not have been made without customer participation, which added a more personal touch to the brand, and an element of customer storytelling. McDonald’s was even awarded the Bronze Media award as the “Best Localized Campaign” at the 2012 Cannes Lions International Festival of Creativity.

2) By the people: Smartphone Marketing

South Korea has built itself into a country with one of the world’s fastest internet connection speeds, and is number two in smartphone distribution. Typically, Koreans quickly get used to new technology, ideas, and concepts. Successful companies are fully aware of the Korean consumer profile, and thus incorporate a mobile lifestyle into their marketing campaigns. 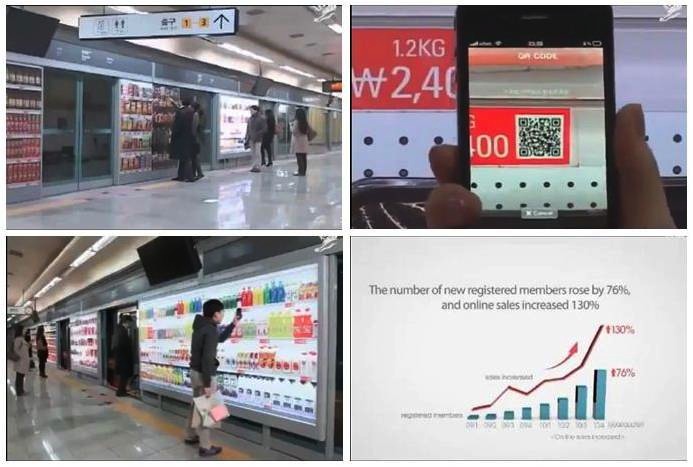 The UK company Tesco localized their brand for the Korean market by changing their name to Homeplus. Homeplus understood that Koreans are the second most hard-working culture in the world, and they targeted their marketing campaign for the busy lifestyle of a typical Korean.

Homeplus used QR codes for people to make purchases not only in stores, but also in subway stations. The QR codes and visual displays mimicked actual stores, making it quick and easy for Koreans to shop. Subway riders could buy food in virtual stores via their smartphone, and their purchases were delivered by the time they arrived at home. As a result, the number of newly registered members for Homeplus rose by 76%, and online sales increased by 130%. 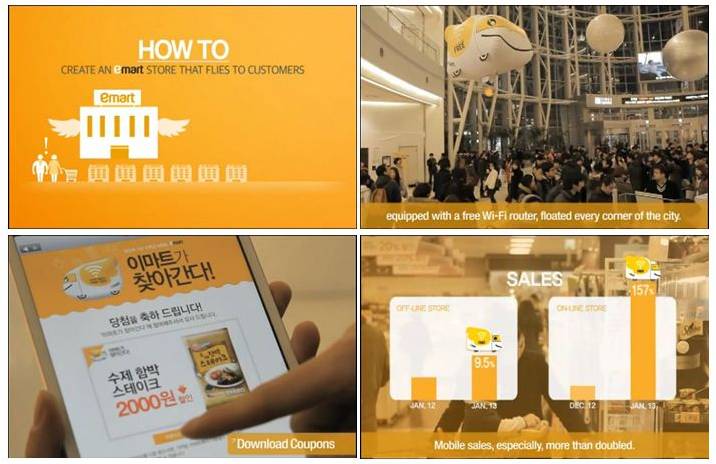 E Mart also took the busy Korean lifestyle into consideration by making accessibility the number one goal of their campaign. By creating truck-shaped balloons that offered free Wi-Fi hotspots, they effectively created virtual E Mart stores that flew directly to customers. They could then shop using their smartphones.

E Marts floated to every corner of the city; it was enough to stimulate the curiosity of potential customers. While customers were using E Mart’s free Wi-Fi, they could also download discount coupons. In order to use these coupons, customers also installed the E-mart app, and mobile sales increased by an impressive 157%.

3) For the people: Sensitivity Marketing

Since 2010, the growth of the Korean economy has been slow. Koreans are constantly aware of the struggle for South Korean recognition in the modernized world, and general stress about the economy is increasing. What Koreans need is a boost in motivation, and to “heal” their quality of life themselves, so to speak.  As a result, “healing” has become a rising trend in Korean business culture. Companies are making a concerted effort to give customers satisfaction, happiness, and a better life with their products and services. 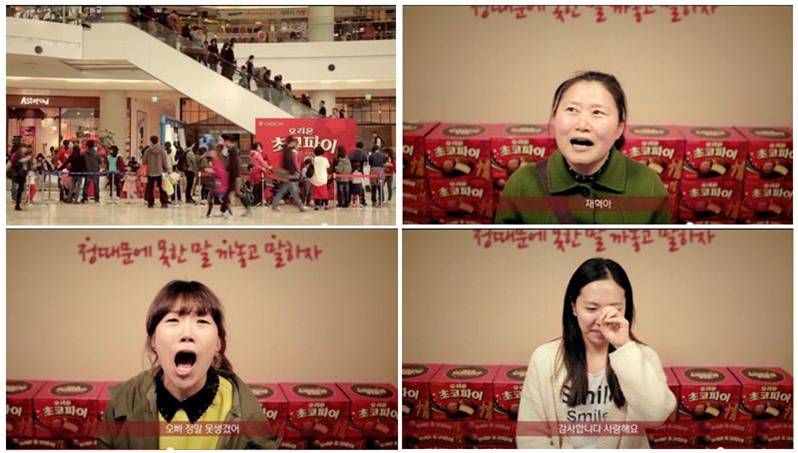 Koreans have a concept called ‘Jung, 情’; it doesn’t translate into English very well. To Koreans it is most closely translated as “warm-heartedness.” Because of the polite nature of Jung, Koreans rarely have the opportunity to express their real feelings about anything, and many emotional issues are deeply suppressed.

As part of the healing trend, Orion set up the Chocopie “Jung.Gga.Mal” (literally “speak your mind”) booth in a shopping center. Orion invited people to freely express their thoughts and opinions inside the booth, and gave participants a delicious Chocopie at the end. If someone wanted to direct their message to a particular person, Orion would send them a Chocopie – along with the unapologetic truth.

The campaign was a huge hit and quickly went viral on social media. Korean customers felt that it gave people the chance to express themselves free of societal restrictions. Needless to say, it further boosted brand awareness for the already popular Chocopie brand. 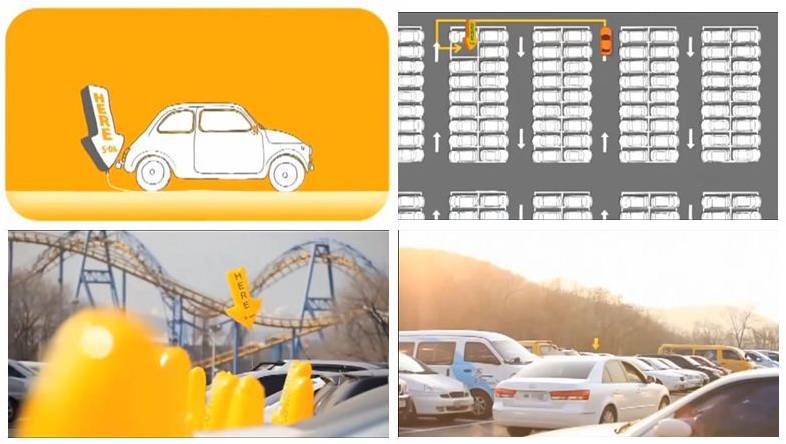 South Korea is a country with very few natural resources. 1 liter of gas costs almost 2.2 dollars in South Korea (that’s approximately $8.33 per gallon). Parking is a big issue as well.

S Oil’s solution was to set up “Here Balloons” at each parking spot. As a car parks, the balloon falls. When the car departs, the balloon rises. S Oil’s fun and fresh idea helped reduce customer stress, giving them more time to shop, work, and be productive. Most importantly, it saved gas. The campaign showed that S Oil was focused on maximizing the satisfaction, happiness, and quality of life for their customers.

For cross-cultural marketing in Korea, recognizing your customers is the first step. Having a customer-focused strategy, adding unique value to your brand, and understanding that Korea is an extremely dynamic nation is important for success in the Korean market.

At btrax, we help companies gain traction in Asia with a targeted localization strategy. Learn more about our work here.