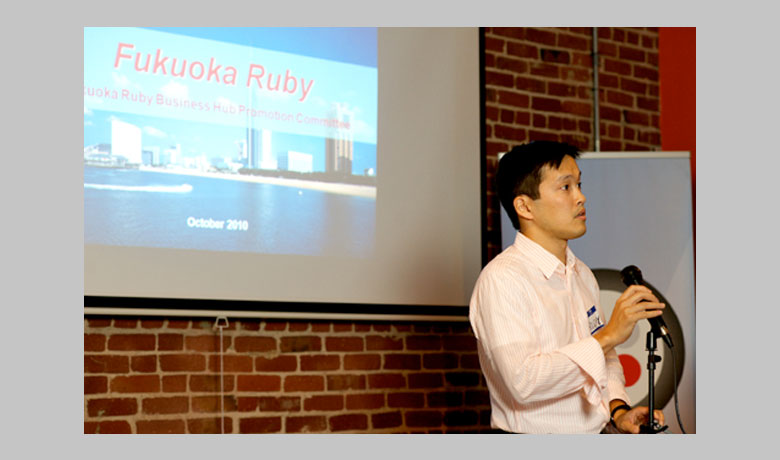 All in all, it was a great to see the rising sun of Japan brighten the shores of the SF tech community.   They came at an exciting time in San Francisco with the US Navy Blue Angels buzzing around town and our SF Giants in town for their baseball pennant quest. In Part 1, we will highlight the Fukuoka Ruby Night events and a special visit to the Twitter Headquarters here in SF.

Jeff Lawson, CEO and Danielle Morrill, Director of Marketing @ Twilio graciously allowed us to hold the kickoff to Japanese Tech Week  in SF as well as Larry Maloney, Hacker Dojo, for the Silicon Valley event.  Over 120 in the audience in SF and 100 in Silicon Valley saw some great presentations from six Fukuoka start-ups.

Go Takahashi of Fusic presented a product called Zenpre.  Zenpre, introduced in english at the beginning of October, allows you to have a new experience for on-line seminars or classes.  Zenpre allows you to simultaneously look at a presentation with streaming video at the same time.

Toshihide Mori of Global Brains Co. Ltd. introduced a Ruby based Twitter integrated websites using Twitter to promote businesses using location based application to increase traffic and sales.  He also presented a twitter integrated website for a local Fukuoka sports baseball team as a way for fans to connect the players and team.

Kazuaki Tanaka, for the Kyushu Institute of Technology presented an embeded Ruby solution on the chip.  Applications include smart appliances and cars for a high level web programming.

Yukihiro “Matz” Matsumoto, inventor and developer of Ruby, finished each evening talking about Ruby development and the next release of the Ruby language.  The Ruby language has a great following in the SF and Silicon Valley Tech communities 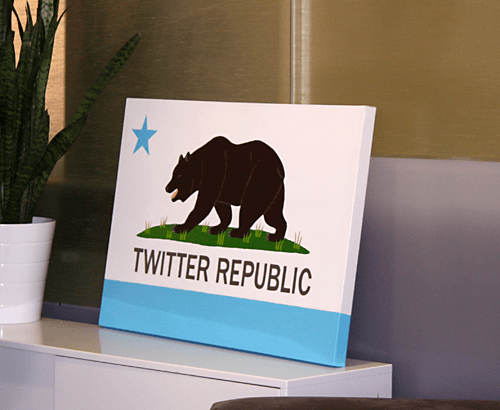 Twitter welcomed the Fukuoka startups with a lunch in their cafeteria, tour of their facilities and presentations to the Twitter development team.  The atmosphere at twitter is very comfortable.   The Fukuoka delegation presented to a development team of over 50 developers and engineers and finished the presentation with a discussion about Ruby with Yukihiro “Matz” Matsumoto.  Our twitter hosts were gracious enough to do a quick Q/A with our Japanese start-ups. 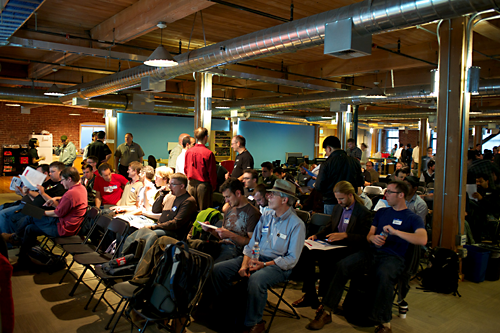 The first half of this week went well and set-up an exciting SFNewTech Japan Night on Wednesday.  Brandon K. Hill, CEO of btrax, Inc, the co-organizer of the Japanese Tech Week event, said “We were excited to see these Japanese companies present to our SF tech community. This presents a unique opportunity for share Japanese IT tech with a US audience.”  In Part 2, we will wrap-up Japanese Tech Week with the SFNewTech Japan Night event with another set of exciting IT tech companies from Japan.