It should surprise no one that there are cultural differences between US and Japanese companies. This is especially true when comparing what HR policies the respective nations’ organizations enact—and how employees do, or do not, take advantage of them. Neither nation currently ranks well when compared to Europe and the rest of the world with regards to family leave and vacation, though Japan, at least, has introduced new laws requiring time off.

So which of the two nations are more favorable to employees? According to Hidemaru Sato, btrax’s Senior Advisor as well as former CEO and GM of comScore Japan and former GM of Expedia Japan, the Japanese government has made substantial progress to improve workers’ lives, though ingrained ideas about the importance of demonstrating dedication to the job still keep many from achieving a healthy work-life balance.

It’s not easy for an employee to leave at five when the boss is still working.

“A business’s official employee policy may say that the work hours are nine-to-five with a one-hour lunchtime,” Sato says. “But it’s not easy for an employee to leave at five when the boss is still working.” Also, junior level employees are often obliged to accompany their bosses to any after work social activities, which often last until midnight.

Still, perceptions of overworking are changing in both the US and Japan—mostly for the better—as globalization brings differing attitudes about parental leave, paid time off (PTO), and unemployment benefits to the fore. Job-seeking Millennials on both sides of the Pacific expect robust benefits packages including time off for having and caring for children and vacations.

In the meantime, government policies about the rights of workers provide a basis for a comparison—in Japan, for one, companies base their HR policies on the government mandates 90% of the time, according to Sato. And though there is wide variance of policies among US companies, there are laws that provide a minimum of worker protection.

US: No guaranteed paid maternity leave. 12 weeks of unpaid time off.

Japan: Guaranteed maternity leave covering a period of 6 weeks prior to the expected birth date to 8 weeks after giving birth (required) paid at a minimum 66% of salary.

The only country besides the US without guaranteed paid leave for new mothers is Papua New Guinea. Fewer than half of US women who take maternity leave are paid during it. In Japan, women cannot work before eight weeks after childbirth unless given special permission by a doctor. 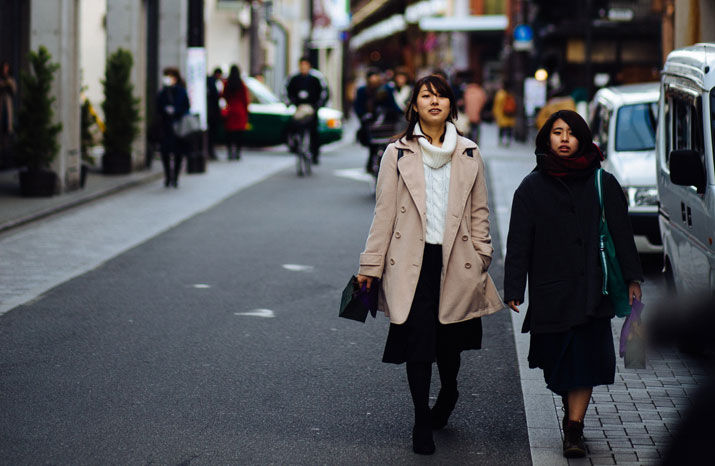 Still, new Japanese mothers are reluctant to request their entitled time off, either out of shyness or concern about their position in the company upon return. “Japanese people are very conservative,” Sato says. “It’s difficult to tell HR, ‘I want to take maternity leave from this date. They wait until the last possible day!”

US: No mandated paternity leave.

Japan: Leave for either or both parents paid at a minimum of 66% of salary until the child turns 1.

Again, the US lags behind all other prosperous countries in providing leave to new parents, fathers included. But despite Japan’s having world-leading parental leave laws including 52 weeks of paid time off, only 2% of new Japanese fathers take leave after the birth of their children. Even that seems high to Sato, especially at established companies like Sony and Toshiba. This can be partially explained by the Japanese tendency to involve family members in child care. 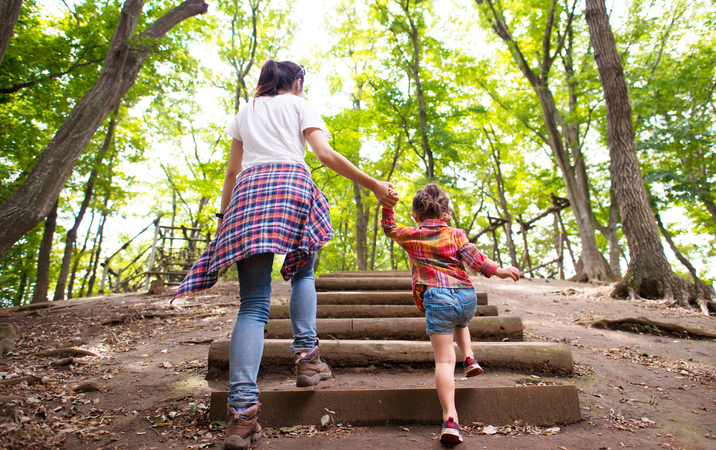 “It’s typical to have family available to help,” Sato says. “If the grandparents live near, the grandmother is happy to care for her grandchild. In some cases, the pregnant woman will return to her hometown to deliver the baby while the man stays and works.”

US: No statutory annual leave entitlement.

Japan: 10 days of paid leave after six months of employment; increasing leave entitlement for every additional year of service, maxing out at 20 days annually.

In the US, the number of days offered is left as part of the compensation package negotiated between the employer and employee. The average number of paid vacation days for US workers is 10 days. Typically, American workers face an “use-it-or-lose-it” situation and often take any remaining paid vacation time at the end of the year. 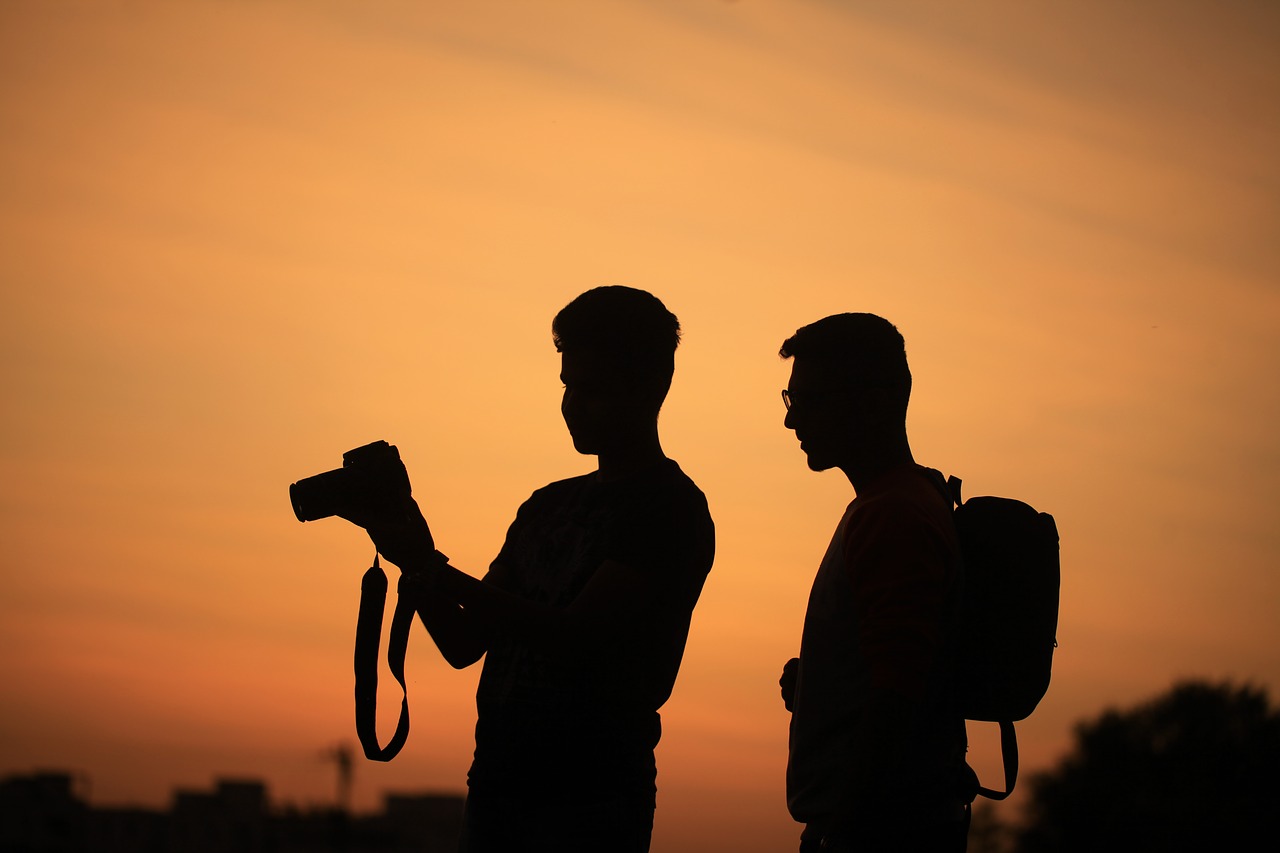 The average Japanese worker is entitled to fifteen days of paid holidays per year but usually takes only seven days. “HR will push employees to take their vacation days,” Sato says. “But if an employee’s manager won’t take PTO, the employee feels he cannot take PTO. So HR pressures the manager.” Still, most Japanese workers carry over vacation year-to-year.

US: No statutory annual leave for 10 federal holidays.

Though there are 10 federal holidays on the US calendar annually, the average number of paid public holidays workers are entitled to is just six days. Japanese companies, on the other hand, usually offer employees the weeks of Golden Week in April/May, Obon in August, and New Year’s off.

US: No statutory mandate for paid sick leave.

As with PTO, the number of sick days offered to an US employee is part of the compensation package negotiated between the employer and employee and can sometimes be included in the PTO entitlement. In Japan, generally there are no sick leave rights. When employees get sick they use their paid vacation time. “Some companies require you to submit a doctor’s certification that you’re sick,” Sato says. “Other companies have sick leave policies clearly stated, like requiring taking five days off for the flu.”

US: Between 40% and 50% of earnings for as much as 26 weeks, depending on the individual state.

In the US, a worker who has lost his or her job through layoffs or firing is entitled to receive unemployment benefits, provided the individual actively searches for a new job. In Japan, the amount an unemployed worker receives is based on a number of factors including length of time at last job, why he or she left, age, and amount of payment into unemployment insurance.

“A lot of Japanese people take it, especially after the recent economic downturn,” Sato says. “We are entitled to collect because we have been paying into the system with automatic deductions from our paychecks. It’s not seen as embarrassing to collect unemployment.”

Want more advice on where to start? Contact us to learn more about our Japan 101 workshop!