Many articles have been written about Evernote’s success in Japan. One internet search and you’ll find  NTT Docomo was one of their first big investors, Japan is one of their biggest markets and Co-founder Phil Libin once got a haircut in Japan where the media covered it. That story didn’t come as much of a shock as I’ve seen blonde American friends in Japan get asked if somebody can touch their hair. 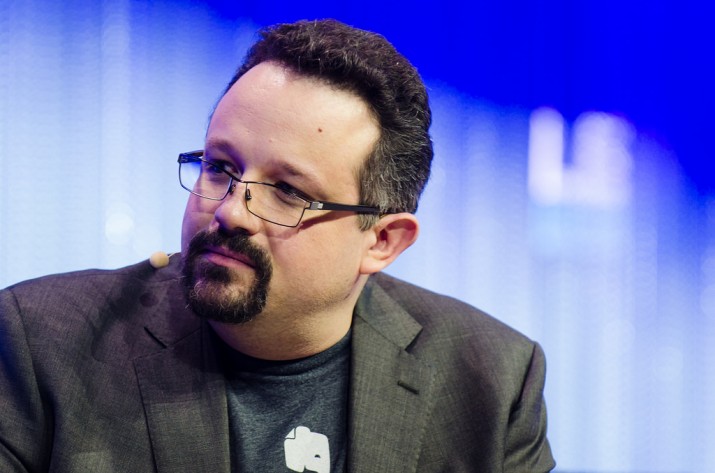 Knowing this about Evernote, it was no surprise to hear that their co-founder, Phil Libin, was awarded the ‘Outstanding Visionary Award for US – Japan Business’ at the recent Silicon Valley Keizai Shinnenkai. I enjoyed hearing Phil Libin’s acceptance speech and the fireside chat he had with Dr. Richard Dasher of the US-Asia Technology Management Center at Stanford University.

In an effort to share some knowledge that you may not read in your daily sources for ‘All Things Japan,’  here are top 8 things that made me chuckle, say ummm, or nod my head.

1. Be prepared to take advantage of your luck.

You never know where that first big investment will come from. A late night message via Twitter from Daisuke Minamide, a NTT Docomo Capital Investor turned into a key investment opportunity

2. English ability is key but there needs to be more than just fluency.

When asked about what qualities to look for in a Japan Country Manager, Phil said “be suspicious of people who speak really good English.”  If they speak good English, they should have a good reason such as having great experience and results. In short, when looking for a good Country Manager focus on more than just their ability to communicate with you.

Believe it or not, big Japanese companies are really easy to do business with. Build trust and goodwill will follow.. Phil noted that when working with Japanese companies, he doesn’t have to worry about their intentions because they are direct.

4. They must be doing something right!

There are a little over 3,000 companies  that are more than 100 years old and most of them are in Japan. Phil is interested in taking startup CEOs on a tour of Japan to visit some of these companies.

Phil spoke passionately about a mutually reinforcing enthusiasm loop in Japan. In Japan while meeting with bloggers over drinks, he was speaking enthusiastically about Evernote.  In doing so, they got equally, if not more, enthusiastic! Before he knew it, there were press conferences about Evernote’s expansion to Japan.Obviously some steps were skipped but if you’ve ever seen a Japanese talk show where people see a product or service that blows their mind, you’ll know what I mean about people feeding off each other’s energy.

One frustration was the almost complete lack of women in meetings or decisions. In his meetings with NTT Docomo there were two high level women in all of the meetings. Silicon Valley is bad too.

Phil is a huge fan of JINS glasses. JINS is changing the game of how easy and affordable it is to buy glasses. Some areas that JINS is pushing the envelope is by providing all-in-one pricing and ability to get a pair of glasses within 30 minutes of entering the store, regardless of prescription. Phil  also talked about Warby Parker, which is a portfolio company of General Catalyst Partners, where he  is a Managing Director.

8. Mistakes can break the ice.

When Evernote was raising money back in 2008/2009, their office was in an old dentist office in Sunnyvale. There was a meeting with some executives from NTT Docomo and during introductions, Evernote CTO, Dave Engberg, said something in Korean instead of Japanese. Upon realizing this, he turned white and started to continuously apologize. The NTT Docomo representatives said it’s okay. As Japanese, they feel terrible because he feels terrible.  It appeared that the only way to get out of this was for NTT Docomo to invest in Evernote This investment turned out to be a great move for both Evernote and NTT Docomo.

A company typically enters Japan due to some signals such as web traffic ramping up, sales increasing, or meeting the right people. For Evernote, it was a combination of things and they were able to take advantage of the opportunity that presented itself.

btrax is a UX and Marketing agency based in San Francisco and Tokyo helping global companies to expand the business to the Japanese market.  If your company is thinking about entering Japan or is already in Japan but not sure what the next steps are to grow your business, contact us to discuss how you can grow your brand in Japan!