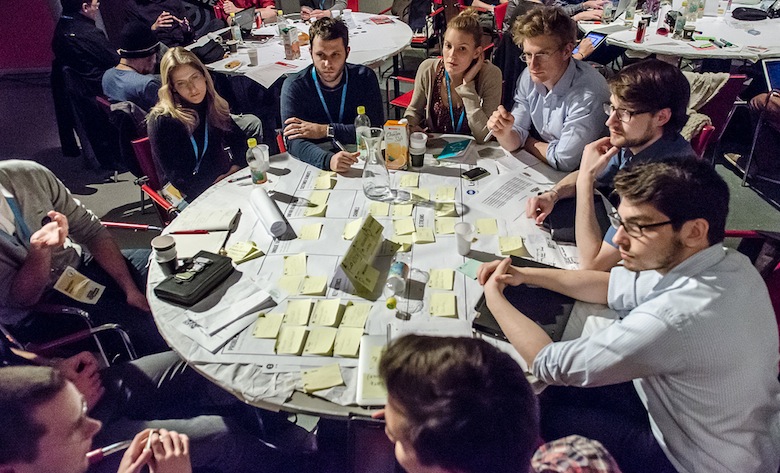 5 Startup Mistakes That Can Kill Your Company

Our mission at Foundersuite is to build software tools that help entrepreneurs succeed. An interesting side effect of this mission is that we also see the myriad ways that startups fail. Here are the five most common (and mostly preventable) mistakes startups make.

Mistake #1: Starting off with a half-baked idea.

Before launching Foundersuite, I spent 10 years consulting to over 1500 companies. During that time, I was continually floored by how many people were spending significant chunks of their lives (and life savings) pursuing really dumb ideas.

Don’t believe me? Just go to AngelList, click on the “All Startups” tab, and scroll down. Get past the first few pages and you’ll see what I mean. For every startup that has the potential to be the next DropBox or Kickstarter, there are literally thousands that are FNACs — “a feature, not a company” — or that are just bad derivatives of other ideas.

Why are so many people working on dumb startups? One reason is because coming up with original ideas is hard, and founders often try to shortcut the process via the derivative approach (“Uber for bicycles” or “Airbnb for ferrets”) instead of aiming for something truly unique and disruptive. Also, since it’s now easier than ever to build a startup, entrepreneurs often leap into it before they’ve taken a deep, critical look at the idea they’re chasing.

Running a startup takes exponentially more time, money, and psychic energy than you think it will. Thus, it’s worth the effort to pick a “good idea” from the start, and the best way to land on a “good idea” is to take Paul Graham’s advice and make something that people want.

There are two basic approaches: make something you yourself would use, or better yet, identify a large customer segment you want to serve, interview people in this segment until you find a common, recurring problem you can solve, and then build an MVP to test for a business model. A good supplement to either approach is to flesh out your idea into an exec sum or business model canvas, and get feedback on it from folks in your network.

I have noticed a single, universal trait common to the startups that ended up making it big: they moved really fast. The reason for this correlation is simple: startups have the unique advantage of being agile and nimble; they can adjust rapidly and “win” by innovating and responding to customer needs faster. Remove these traits and you remove a huge competitive advantage. In short, a slow startup is a dead startup.

Slow startups on the fail-track operate at a pace resembling their big-company peers. They take a long time to make decisions, are slow to respond to inquiries, and hold too many non-essential meetings. They make excuses for why something hasn’t yet been done (and have a cultural acceptance of such excuses). They lack a culture of urgency.

In contrast, fast startups seize opportunities as they arise, even if it means responding to an email at 10 PM on Sunday or working through a long weekend to deliver on a customer request. They have a cadence of work that emphasizes frequent product releases, short meetings, shared accountability for hitting milestones, and rapid decision-making.

Further, they create their own opportunities by paddling out ahead of where the next wave will be, and by trying new things. They are adept at “failing fast,” because being nimble means they can bounce back and try again. Simply put, fast startups value time differently, and have a culture marked by rapid plan-test-refine cycles. This is at the core of any startup’s advantage.

Mistake #3: Taking too long to launch.

Related to the point above is a reluctance or inability to pull the trigger that moves your product from staging to production, and your startup from stealth to launch.

I totally get it — you want everything to be “done” and “right,” especially since you expect the eyes of the world to suddenly be upon you. But one of the most dispiriting experiences is when a company never actually gets to market. Or, by the time the company finally does launch, the market has passed them by and their product is irrelevant. It happens more often than you’d think.

Sometimes this is due to poor planning — e.g., underestimating the time required for product development. But in many cases, startup founders get obsessed with building the “perfect” product, fearing the market or press will skewer them if the product is not up to their impossibly high standards. This becomes exacerbated in a competitive space, when other firms are making noise, and product release paralysis sets in.

In my experience, this is largely a psychological issue; wise founders “let go” and realize that Version 1.0 is just the beginning, not the finish line. They get to market early with the minimum set of viable features, and then iterate like mad based on user feedback. If needed, they slap a “Beta” stamp on the product, which brings a greater level of acceptance of bugs or rough edges.

Take a cue from the posters hanging on the walls of Facebook’s HQ: “Done is better than perfect” or the more provocative version at Betworks: “Fuck it. Ship it.”

Mistake #4: Not having hustler DNA (aka the “build it and they will come” fallacy).

Second only to the dismay felt when a startup idea becomes stillborn is when the company actually does get to the market, but after initial launch, the product languishes, collects dust, and is soon forgotten. Opportunity lost.

This is very common with startup founding teams that are heavy on the technical side but short on marketing skills; they consider “sales” a dirty word. Technical teams sometimes underestimate the true level of effort required to not only get attention and mindshare, but also to convert such attention into actual, paying customers.

The good news is that engineers can become skilled at marketing fairly quickly. Technical founders – the builders – have a pride and passion for the product that cannot be taught. Further, they have more credibility with other techies, who are often the earliest adopters or beta users. The key is to first gain a basic grasp of marketing strategy – where do your customers spend their time? How do they make buying decisions? – and then to develop a simple, flexible marketing plan with discrete action steps, timelines, and milestones, as well as a way to measure effectiveness.

And then, just do it. Get out there and pitch, honing your message as you go, and doubling down on the marketing activities that demonstrate a positive ROI. If you are able to simultaneously pitch and listen attentively, it’s remarkable how short the learning curve can be.

Mistake #5: Being paranoid or too cautious.

Fail-track startups are unusually cautious — often bordering on paranoid. They are convinced that around every corner, someone is plotting to steal their idea. As a result, their “story” is kept close to the vest. An early fail-track signal is when the CEO requires an NDA before he can give even a high level overview of what the company does. Every single time I’ve seen such behavior, the companies never go anywhere.

While you should never give away true IP or trade secrets, a primary job duty of the CEO is to pitch and sell the vision of the company — all day, all the time, to (almost) anyone who will listen. Success-track startups realize that execution — not the idea — will win the game. They are judiciously open with their vision, and they have an evangelizing ability to get stakeholders such as customers, partners, investors, and potential hires to rally around that vision.

The mistakes described above have proven to be the most common determinants of success and failure at the several hundred companies I’ve interacted with over the years. The good news is that they all stem from internal traits of an organization, and startup DNA (especially in the early days) is surprisingly malleable; in other words, they are traits that can be fixed by hiring A players and by concentrating on building a strong culture.

What company-crushing mistakes do you see startups frequently make?  Leave your comments below.