The content of this article was originally published on LinkedIn and has been optimized for freshtrax.

After the announcement of Rakuten’s $300 million investment in Lyft, some might be wondering whether there are plans to push ride-sharing in Japan. While Uber has already struggled on the ground here, Rakuten’s clout might give Lyft the necessary lift to get into the market.

But success seems unlikely. There are several reasons why ride-sharing services haven’t picked up, and why they will continue to face an uphill battle in the land of the rising sun.

The most obvious reason is regulatory constraint. Services like Uber and Lyft face stiff regulations that limit their ability to operate under the ride-sharing scheme. That doesn’t mean Uber hasn’t tried. In Fukuoka, a city in western Japan, they piloted the model by offering free rides in order to demonstrate the potential value.

Unfortunately, free rides weren’t enough to stop the government from shutting them down shortly after. The government is adamant. Transporting people like a taxi requires a taxi license, just like a taxi company.

However, there is a loophole. At the moment, the way Uber operates in Japan is as a “travel agent,” meaning that they simply match customers with licensed taxis or private cars that are usually more expensive than the already high priced taxis in Tokyo. While not ideal, this is one way to get into the market.

There’s No Taxi “Problem” in Japan

Of course, Uber and Lyft are not strangers to regulatory hurdles, and they’ve proved their ability to mostly overcome in the long run. But the important difference between Japan and other markets where Uber is successful is that there isn’t the same amount of frustration with the status quo.

In San Francisco, where Uber was born, the taxi industry was a mess. Aside from the fact that it was almost impossible to find a taxi, not all, but too many drivers were rude and unreliable.

Tokyo is almost completely the opposite. There are 50,000 taxis in Tokyo alone, which is nearly four times the number in New York. Not only are taxis seemingly on every corner, but the drivers are unbelievably polite, and the service is nearly perfect. 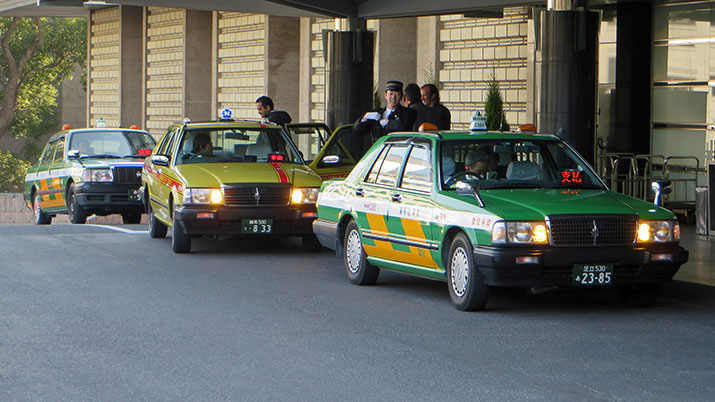 The only downside is price, which starts at about 700 yen (~$7) and can go up by 300 yen (~$3) per km. However, public transportation in Japan is so exceptional and reasonably cheap, that taxi prices are not a significant pain point for the general population.

When Travis Kalanick, the Uber CEO, visited Japan two years ago, he described Japan as having “very byzantine and complicated regulations.” That may be true, but unless enough people feel frustrated with the way things are, it is unlikely that any politician will make it a priority to change them.

All that said, these challenges don’t mean that ride-sharing will never work in Japan. At one time, everyone thought Facebook would never work here, and now the Japanese are addicted. However, there is a reason that Japan’s Line chose to launch a taxi hailing service instead of a ride-sharing service. The taxi industry itself is just not as broken here, so the benefit of ride-sharing is questionable.