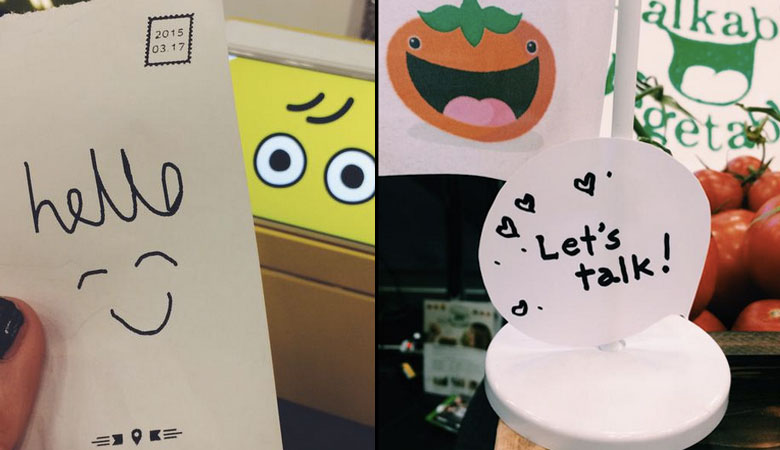 Japan had a very strong showing this year at SXSW Interactive, from creative new prototypes by ad giant Hakuhodo to groundbreaking products by tech company Exvision, not to mention the startups from the University of Tokyo sent  to participate through the Todai to Texas program.

Out of all these trade show and expo exhibitors, Hakuhodo Group’s SIX Inc. Japan has been named Best Bootstrap Company for Lyric Speaker, its next-gen speaker at SXSW Interactive’s 7th Annual Accelerator competition.

In addition, two Gold Lotus awards (AdFest) were given to Hakuhodo in the same week, one for Suntory Whisky Hibiki ‘Hibiki Glass’ in Outdoor TV, Electronic Poster & Video and the other for Hug Mart ‘Talkable Vegetables’ in Point Of Purchase (POP) Display.

Below is a round up of what SXSW attendees and the media were saying about Japanese innovations and products. Check it out!

You owe it to yourself to watch this video on talking vegetables. From SXSW @lauraentis http://t.co/12oSQlfbHU via @Entrepreneur

The “iDoll”, a palm-sized robot that can dance to music, greet and make jokes, and that’s programmable via app: http://t.co/CusblIxjn9

How would you like a speaker that delivers dynamic #lyrics, graphic art on its transparent LCD? http://t.co/1I0IaB88Qs