Every year, South by Southwest (SXSW) takes place in mid-March in Austin, Texas. This year, the SXSW Interactive Festival (SXSWi) will once again become the breeding ground for new ideas and creativity, featuring emerging technologies from around the world.

One of the companies debuting with new prototypes at the SXSWi Trade Show this year is Hakuhodo, Japan’s second largest ad agency. Their exhibit is titled Prototyping the Future and the showcase includes Talkable Vegetables – real vegetables that talk to customers who pick them up – and Rice Code, a smartphone app that turns ordinary rice fields into QR codes.

The QR code leads visitors online to buy the rice directly. The app sits in the unlikely intersection between agriculture and digital technology and won two Gold Lions at the Cannes Lions International Festival of Creativity.

Check out some of Hakuhodo’s best hardware innovations below!

Talkable Vegetables is a never-before-seen in-store promotion tool that features (you guessed it) talking vegetables that can convey their own traceability information.

Developed jointly by Suda Lab and Hakuhodo i-studio’s HACKist creative lab, this prototype takes the produce section at the grocery store into the the future. Talkable Vegetables allows vegetables on display the grocery store to give their own traceability information in the voice of the farmers that grew them. When customers pick up the vegetable, the technology activates by turning the voltage differential between the moisture in humans and vegetables into an audio signal.

Rice Code is a technology initiative that sits in the intersection between digital technology and agriculture. The smartphone app turns rice fields into e-commerce portals. Different colored rice is grown on a field to create an artwork that doubles as a QR code.

The rice paddy art is located in Inakadate Village in the Aomori Prefecture, Japan. With the Rice Code app installed, visitors of Inakadate Village only need to point their smartphone camera at the rice paddy, and the app will recognize the artwork and take the user to an e-commerce site where they can buy rice from the field.

This system can be adapted for use with all kind of agricultural landscapes, tourist spots and urban facilities with distinguishable features.

Developed by Suda Lab, Rice Code won a total of 47 international awards at advertising festivals in 2014, including eight Grand Prix and 16 Gold, among which were two Gold Lions at the Cannes Lion International Festival of Creativity.

iDoll is a palm-sized robotic doll can reproduce human movements that until now have only been possible through film and 3D computer graphics. Jointly developed by Hakuhodo’s monom product development team and robot company Yukai Engineering, iDoll is controlled by the user’s smartphone and can learn all kinds of movements and speech, including dancing and telling jokes. 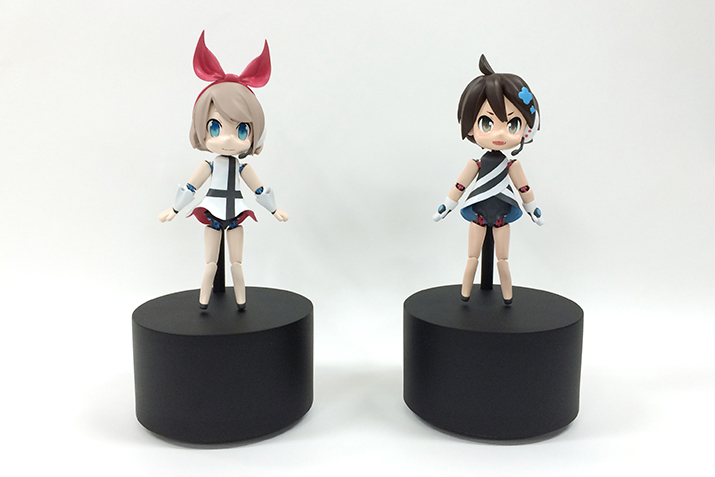 The development of iDoll began from the desire to create a future where real human movement can be shared around the world, just as we can share music, photos and videos.

Joinly developed by Hakuhodo’s monom product development team and interactive agency IMG SRC, Memory Clock is a wall clock that displays photos and videos at the date and time they were shot. Development began with the hope of deepening family ties by encouraging the recollection of family memories at random moments. Consumers today can take photos and videos via their smartphones with ease and it’s easy to lose track of the sheer volume of photos on our phones. 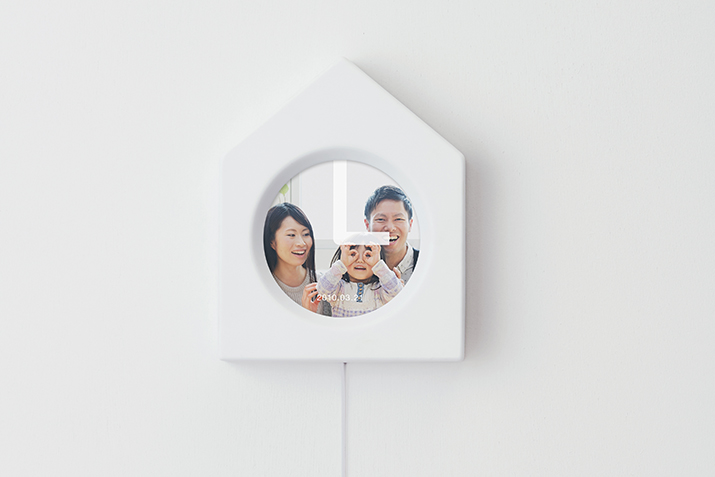 Memory Clock blends naturally into people’s everyday lives and acts as a catalyst for looking at old photos and videos again.

Developed by Hakuhodo i-studio’s HACKist creative lab, Postie is a personal message box for sending handwritten messages. Users give an old smartphone they are no longer using to a loved one together with a Postie; by installing Postie into the unused smartphone, they will give it a new life as a letter carrier. 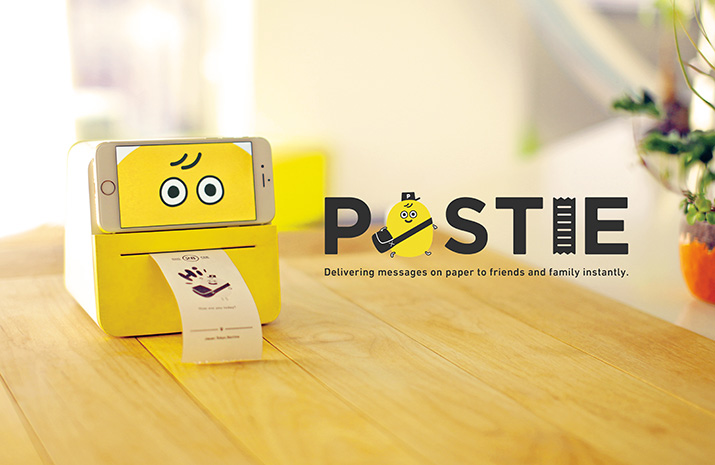 Users can automatically create a custom designed letter by writing a message by hand and selecting stickers and photos to use on the app. Once they send it, Postie will receive the data and deliver the letter to their loved one. Postie acts as a personal mail carrier connecting users with their family members or friends.

Also created by Hakuhodo i-studio’s HACKist creative lab, Smilfie Pod is a camera stand and app that closes the shutter when everyone is smiling. 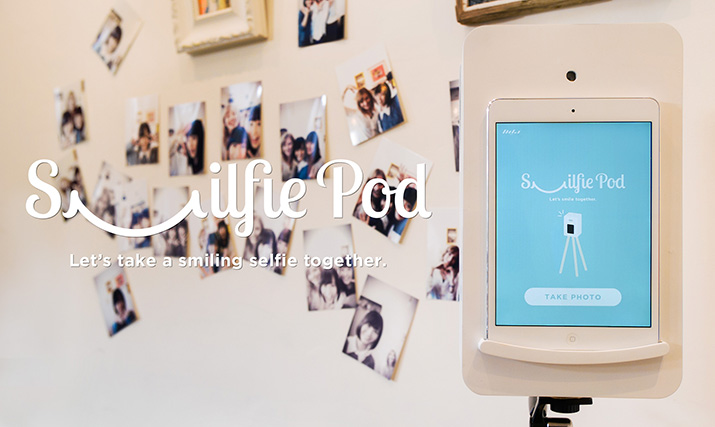 Users can sync Smilfie Pod with an iOS or Android device, and when they open the app, all they have to do is smile at the camera and the app will take a photo automatically. The app also issues a QR code with the photo data to enable easy photo sharing on the spot.

Find out more about Hakuhodo’s new prototypes on their page here.