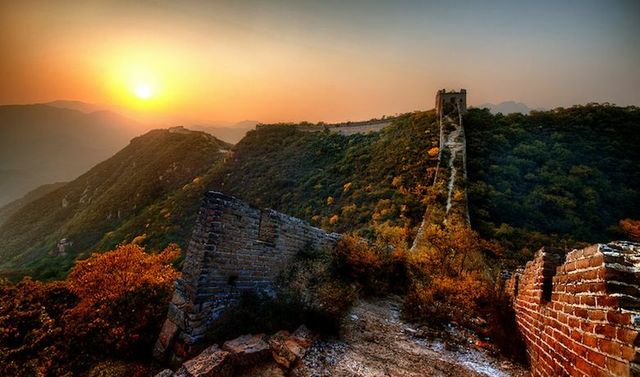 There is an updated version of this article (July 2014) about top Chinese websites. Click here to read it! If you want to see the time capsule version  (Dec 2012), read on.

Three years ago, we posted two blogs about the “Top 10 Most Popular Websites” in China and Japan respectively. Since then, a lot has happened in the cyberspace, but most of the top players stayed put, almost perfectly in order. Here, I’d like to reintroduce the top dogs, showcase the newcomers, and examine those websites that withered away, Starting with China. Part 2 about Japan will follow next week!

Boasting the world’s largest population, and logging on to the Internet at a tremendous pace, China’s 1.3 billion citizens now has an online population penetration of 40.1%. This means there are 538 million Internet users in China, more than double that of the numbers of the runner-up, United States, at 245 million (data as of June, 2012).

The top dogs in China have not changed in the last three years, with all three bringing consistent results throughout. With a market cap of nearly $50 billion earlier this year, Baidu sits comfortably at the top of the Chinese websites list. Its lead over the competitors in China is much larger than the lead Google enjoys over the likes of Microsoft and Yahoo! in the United States. As far as projections go, Baidu has just recently bought out Qiyi, in the same way Google had acquired YouTube in the U.S. In the last quarter alone, Qiyi’s video viewership grew 62% to 407 million monthly unique visitors. Further, Baidu is focusing on expanding its mobile reach. 40% of the Chinese population access Internet over their mobile devices, the largest smartphone market in the world. Baidu aims to be installed a the default browser on 80% of Android-based smartphones in China.

Tencent’s flagship product, QQ is the biggest instant messaging service in the world, boasting 784 million registered users as of September this year. They even have a live map of active QQ users in real time! And sheer numbers in this metric translates directly to money as Tencent earned an excess of $1.5 billion in just Q1 of 2012. QQ is set out to become more than Skype and other IM clients provides by integrating its presence across other Tencent web and mobile platforms. Don’t be surprised if you find yourself QQ’ing with your friends and family in the coming years.

A couple of weeks before Black Friday this year, the Chinese e-commerce giant, Alibaba-owned Taobao reported an astounding $3 billion in sales in one day. One. Single. 24-hour. Day. Taobao is essentially the Amazon and eBay of China — combined. As China’s top C2C (consumer-to-consumer) platform, individuals and small businesses post almost excessively on Taobao, accounting for 82.9% of all of China’s online transaction in Q3, 2012. That’s $40 Billion in mere three months!

Weibo is China’s hybrid of Facebook and Twitter (both of which are blocked by the Great Firewall), and is one of the most popular sites in use by 300 million, or 56% of China’s Internet users. What’s even more amazing is that 88% of “netizens,” or Internet users who communicate with one another online, has a Sina Weibo account. Talk about penetration! Weibo, or “micro-blogging,” has become quite the hit in China. In 140 Chinese characters, users can post quite a complete thought, unlike the same limit in alphabetical characters. Watch out for Weibo to continue to grow as it is now also fully integrated into Apple’s iOS6.

$2.1 billion in sales of the $3.06 billion total achieved in the aforementioned 11/11 came from this single retailer. Tmall, short for Taobao Mall, is also owned by the e-commerce giant Alibaba. Tmall is a platform for local Chinese and international businesses sell quality, brand name goods to consumers in mainland China, Hong Kong, Macau and Taiwan. It has already overtaken eBay as the 2nd largest Internet retailer June last year, but analysts predict it may take the top spot by 2015 over Amazon.com.

Google fought a good fight to keep its search engine results uncensored by the Chinese government, even as far as to threatening to close its Chinese website, google.cn in 2010. If you click on that link now, it will redirect you to google.com.hk, propelling you to a Hong Kong domain. Problems have remained since, facing several service interruptions, including a major one as recently as November this year. There is also continual reports on problems reaching Google’s search engines and retrieving email on Gmail. Google China may be on the brink of complete shut down despite success of Android there. Wondering about the top Japanese websites? Check them out in Part II.

Rui Rong
From startups to enterprise corporations, I take your precious brands and showcase them to the global marketplace. Localization isn't just the language translation within the product/service, but also a careful integration of sensitive cultural look-and-feel, integrated marketing and promotion of your brand, and focused user-acquisition, making sure that it seems as if it were developed solely for the target audience. I specialize in the crossing of the US-Japan-China triangle market as an individual deeply immersed in all three cultures. Your audience is global; are you?