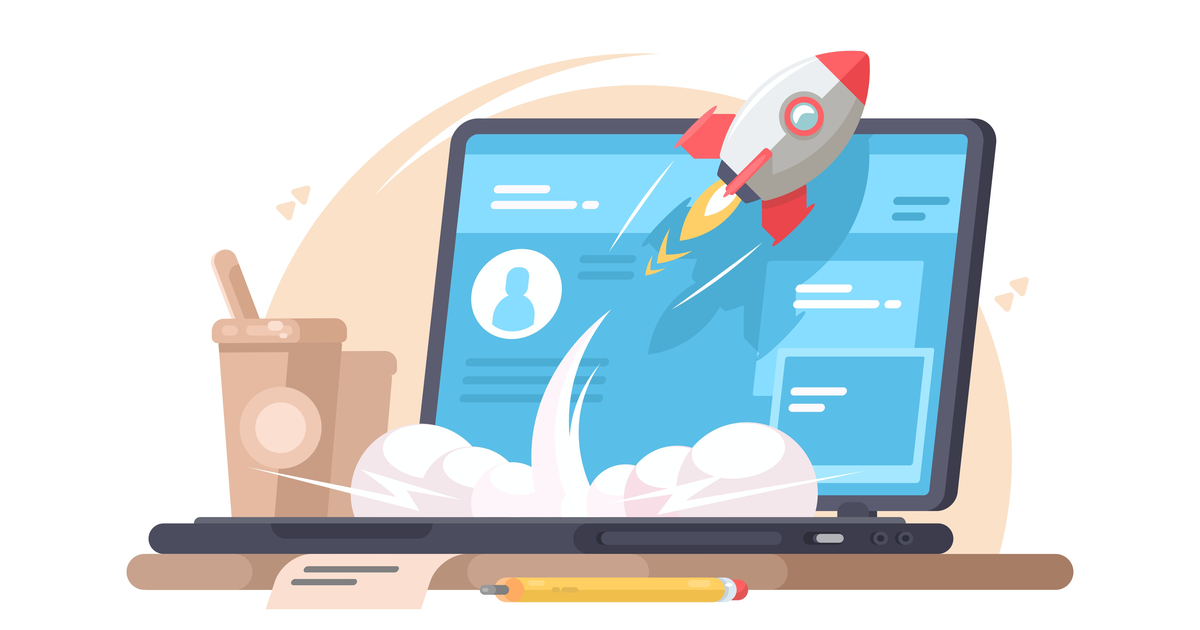 Although the Japanese economy has been declining, Japan is still the third-largest economy by gross domestic product (GDP). This makes it a hot spot for startups in Japan because of how much potential there is to grow there.

In recent years, venture capitalist (VC) investments for domestic businesses have grown 8 times larger than it was in 2013. In 2018, the total amount of VC investments was more than $3.5 billion. These investments stimulate entrepreneurship in Japan causing the Japanese startup scene to be hotter than ever before.

Curious to know which innovative startups are successful in Japan? Let’s explore the top 10 startups in the current Japan startup scene.

The Tokyo Stock Exchange (TSE) is the world’s third largest and Asia’s largest exchange by market capitalization. We will focus on the Market of the High-growth and Emerging Stocks (Mothers) market which is usually where the shares of startup companies are listed and traded. The chart below is a list of the top Japanese startups by market capitalization value in the TSE Mothers.

Mercari was a unicorn startup as it was valued at an estimate of more than $1 billion before its IPO launch in 2018. It is an e-commerce company that provides a platform on the C2C online resale marketplace. The platform started from a mobile phone app and has expanded to a website with more than 10 million active monthly users. Mercari has 75M+ downloads and 45M+ downloads in Japan and the U.S. respectively. A few years ago, Mercari branched out its business and launched “merpay”, a mobile payment service.

Mercari successfully created an enormous online resale marketplace. It first launched its platform as a mobile app to increase accessibility to the marketplace and enhance the speed of purchases between consumers. There are over 1 billion items on the platform with more than half of the items selling within 24 hours. Moreover, with the ease of usability, the amount of items posted on the platform has increased to 500k per day.

PKSHA was founded by Katsuya Uenoyama and Naofumi Yamada, two Matsuo Lab. alumni from the University of Tokyo which is a top-tier academic science lab led by Dr. Yutaka Matsuo, a pioneer of artificial intelligence (A.I.) and deep learning. The platform primarily sells A.I. algorithm licenses used in various technological fields such as language analysis and graphics recognition, along with other deep learning tools, and provides support to fully implement the A.I. algorithm to its customer’s software/hardware. Japanese telecom giant, NTT DoCoMo, and Japanese electric utility company, TEPCO (Tokyo Electric Power Company), are PKSHA’s clients. It is also notable to point out that Toyota has invested $10 M into the startup as well.

PKSHA Technology’s profitability is something to recognize. It holds an operating profit of more than $10K per capita, which only 6% of companies listed in the TSE can maintain this high level of profit per capita. With this achievement, co-founder, Naofumi Yamada, was selected to be in “Forbes 30 under 30 Asia: Enterprise Technology”, recognizing his impact on Asia and the world.

SanBio is a regenerative cell medicine development and production startup founded by Keita Mori and Toru Kawanishi. Both have a master’s degree in biochemistry from the University of Tokyo. Originally headquartered in California in 2001, SanBio moved to Tokyo because of the Sakigake Designation for innovative medical products from the Ministry of Health, Labour, and Welfare (MHLW) in Japan, SanBio could apply for Conditional Early Approval* on their products.

*Conditional Early Approval is a system that puts new medical products into practical use as treatments after its safety is confirmed in order to collect clinical study data. The system was enforced in Japan in 2014 which put it ahead of the world in the field.

TKP Corp. is a real estate, hospitality, and service startup, originally focused on the real estate industry. It started as a service similar to WeWork, but only renting out middle to large size rooms to businesses for conferences or meetings.

TKP Corp. started by acquiring unused buildings that were going to be demolished at low prices. As it grew, it expanded its business to offer hospitality services such as catering. TKP Corp. makes renting rooms and ordering services easily accessible through its website.

Sansan provides a very unique cloud-based business card management system. The platform compiles all employee’s shared business card data and shares the information with the entire company via cloud sharing. It enables the company to optimize the connections for potential future business opportunities.

Sansan is changing and streamlining the business card management system with technology, providing enterprises and individuals with tools that make the process easier. It also has a mobile app called “Eight” to optimize the system for individuals. With an estimate of 10 billion business cards circulating in the world daily, Sansan’s service is in high demand in Japan where business cards are highly valued. Numerous organizations in the public sector, such as Tokushima Prefecture and Kita Kyushu City, have already implemented this tool too. Sansan has more than 80% of the market share in its industry and has had the top market share for the past 7 years.

HEROZ is an A.I. development startup. It sells its A.I. engine to help businesses optimize operational systems such as monitoring/detection, demand forecasting, and route optimization to name a few. It also sells mobile board game apps that utilize its deep learning A.I. algorithm. HEROZ became famous when its A.I. engine defeated a professional Japanese shogi (Japanese chess) player in 2013.

HEROZ’s A.I. engine was still a work in process when it defeated the professional Japanese shogi player in 2013. Shogi is a complex game with complicated rules, so it was a sensational achievement and the news spread to everywhere around the world immediately. It was a surprising achievement because the idea that a computer could understand the complicated rules, forecast its opponent’s moves, and decide the best move to take was not very probable at the time.

When applied to businesses, the A.I. can understand complicated business situations and generate the best and most accurate outcome from the accumulated data. So, the advanced A.I. algorithm became easier for any business to access and implement.

Raksul is a next-generation printing company that does everything from designing prints to delivering them. Its slogan is, “If we can change the system, the world will be much better”. It created a new printing system that makes printing less expensive and easier. Also, it has collaborated with the delivery truck business, Hacobell, to optimize the empty space in cargo and lower the cost of delivery for individual customers.

Raksul saw that many printing companies struggled with maintaining a high operation rate during off-seasons and customers struggled with finding their preferred printing company for their needs amongst the many vendors. To solve this problem, Raksul became a one-stop shop for customers by utilizing excess resources from other printing companies. In this way, customers did not have to find the best printing service because Raksult did the job for them and companies that were having trouble gaining business could use their excess resources. To take it up a notch, Raksul also started providing distribution, advertisement placement, and television commercial services as well.

Following its slogan of “Optimizing small-to-medium-sized companies’ potential via SaaS”, RAKUS provides several SaaS services to small-to-medium-sized companies. It provides businesses with cloud-based software along with in-house IT and web development specialists. Some of the major tools they provide are accounting software, billing and invoicing software, and labor management software.

RAKUS’s products are most valued for being “easy-to-use”. Its system sorts and connects all files together in its cloud-based system. Some of the software tools come with a designated app that makes it easier for employees to interact with the tool.
One example of how it helped small-to-medium sized companies can be found in its accounting software.

In Japan, it’s quite common that companies will give their employees compensation for their daily commute. Typically, most employees will have an Integrated Circuit (IC) card, a rechargeable card that allows users to pay for multiple transportation services.

Additionally, the supervisor could check and manage the expense report through the app, allowing him or her to approve reports remotely. This is significant in Japan as it cut down an accountant’s time usually taken by performing these tasks by 1 to 2 hours.

Bengo4.com, Inc. (hereinafter Bengo4), pronounced as “Bengo-shi dot com”, operates several low consultation and taxation portal sites, such as bengo4.com and zeiri4.com. Among these portals, bengo4.com is the largest legal consultation portal site with approximately 14,000 registered lawyers (more than one-third of the lawyers in Japan!) and nearly 12 million monthly visitors. The site dramatically increases citizen’s access to law specialists. Its principle is, “To enhance accessibility to specialists”.

With a vision to deliver legal consultation to people in need as quickly as an ambulance, Bengo4 made a difference in the conventional industry where technology almost had never been applied. It started reforming the industry by implementing technology in every part of the system. For example, they developed a cloud-based contract management software (CMS) to decrease the enormous amount of paperwork in the legal industry.

Three years after Kudan was established by Japanese entrepreneur, Tomohiro Ohno, in Bristol in the U.K. in 2011, Kudan went public in Japan in 2014. It develops unique space and three-dimensional area recognition Simultaneous Localization and Mapping (SLAM) technology. It also sells SLAM technology licenses to auto-makers, aircraft makers, and even drone makers.

Kudan technology is able to practice real-time self-location recognition and mapping with a device that has a camera. Its application programming interfaces (API) are known to be fast and high quality with a small data size so that it can be implemented into any device.

There are boundless possibilities that Kudan’s technology could be used for. In 2016, Hakuhodo, a Japan-based global advertisement company, decided to collaborate with Kudan to implement AR into its marketing because it was impressed by Kudan’s practical and versatile technology. Also, early this year, Kudan announced its partnership with Synopsys to accelerate the development of an intelligent computer vision processor.

The Japan startup scene is flourishing more than ever. Many innovative startups in Japan, such as all the companies we mentioned along with up-and-coming unicorn startup, Preferred Networks (the world’s 4th A.I. startup with an estimated value of $2 billion), have started to transform old-established industries dramatically with the power of technology. With so much potential in the rapidly growing startup scene, you won’t want to take your eyes off of it!

Are you struggling with entering into the Japanese market? With services in market research, localization, and marketing, we are here to help! Feel free to contact us if you have any questions about market expansion in Japan. If you found this article useful, sign up for our newsletter! We look forward to hearing from you.

Takahiro Kawaguchi Associate Account Manager
日米両方のセールス担当。常識に囚われないアプローチをモットーに、btraxクライアント満足度への貢献を目指す。日米分け隔てのないコミュニケーションが得意。サンフランシスコ在住歴5年。Mills CollegeにてMBA、UC Berkeley Extensionにてコーディングのサーティフィケートを取得。 Takahiro is passionate about bridging the gap of business between the US and Japanese market. He received his MBA from Lorry I. Likely School of Business, where he also minored in computer science while completing a coding boot camp at UC Berkeley Extension.