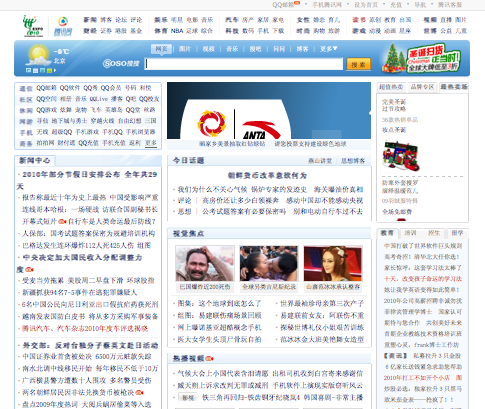 However, Chinese people already have a huge array of social media options – many of them developed by Chinese. These regional players have been quicker to capitalize on their deeper cultural knowledge, but their approach to growth might look very familiar.

The majority of the users are young, and almost 80% of them are referred by friends, classmates, or colleagues. On average, every user owns 2.78 accounts on social media sites, and most of the users use social media for entertainments, and 27.4% of users play mini games.

Facebook
The world’s most popular social networking site isn’t big in China. Although China’s government has blocked them without much explanation, dedicated mainland users still find ways to access it.

In contrast, Facebook is hugely popular in Taiwan (which also uses Mandarin) and is one of the fastest growing countries for Facebook with about 367,400 new registered users each week.
5 million Taiwanese users
56,480 Chinese users

TaoTao, which was launched by the same creators of QQ, is the biggest Twitter doppelganger with 51 million users. However, the terms of use limit what content can be put on the site.

Despite the challenges, Chinese users thirst for tweets from celebrities like Britney Spears, Shaquille O’Neal and Ashton Kutcher knows no limit and work-arounds proliferate.

There are 113 million unique users visiting video sharing sites every week in China. The market is definitely attractive for growing foreign social media sites, but most have failed due to the same challenges facing Facebook and Twitter – including video giant YouTube. Youku is the most popular video sharing site operated by Chinese in Chinaand and ranks among the top ten most trafficked site in China.
Estimated 6 million+

Bababian
Bababian is the Chinese clone of Flickr. One interesting difference is that it not only allows users to upload personal photos, but also images of tings to sell from Tao Bao, a popular eBay-like Chinese online shopping site. Combining these two powerful features has been a boon to Bababian and has attracted a substantial following across the social web.