We published an article about Japanese and Chinese usage of emoticons two years ago. However, with the popularization of the iPhone emoji keyboard, fully implemented in the release of iOS 5 in late 2011, Japanese “emoji” or emoticons have since become commonplace in mobile messaging and social media. In 2013, 74% of people in the U.S. responded positively to the question, “Do you use stickers or emoji in messaging apps?”

The Unicode emoji characters we know today were first available on Japanese mobile devices, designed in 1999 by Shigetaka Kurita for Docomo, the predominant mobile phone operator in Japan. According to Kurita, one reason for the recent popularity of emojis in North America is due to the difference in hardware. “Emoji were not included in overseas versions of what is called the feature phone. I suppose it was because there were no devices compatible with emoji. Therefore, after smartphones appeared, people overseas finally started using emoji.”

An interesting thing about the standardization of emoji across cultures is that different cultures use them differently. According to a recent study titled “A Contrastive Analysis of American and Japanese Online Communications: A Study of UMC Function and Usage in Popular Personal Weblogs,” English-speaking users were more “direct,” while Japanese usage was more vague or even just for decoration. The study compares the function of emoticons in American and Japanese popular personal weblog posts and comments.

According to the results of the study, Japanese blog users used “significantly more” emojis than American personal blog writers and blog comment contributors. Unsurprisingly, Japanese usage of emoticons reflected cultural themes such as language play, cute culture and politeness strategies. The Japanese were found to use emojis to appear more polite, creating a more harmonious online environment . In addition, Japanese users relied on emojis to compensate for missing visual cues online, which is a reflection of the reliance on nonverbal cues in face-to-face Japanese communications.

Another part of the study revealed that Japanese women used significantly more emoticons than any other gender pairing (American women, American men or Japanese men). In addition, women in general were found to use multiple emoticons attached to comments in comparison to males.

Through a series of questionnaires, a study in 2006 found that North American Instant Messaging users rated the importance of emoticons significantly lower than Indian and East Asian users. These results are consistent with low and high context communication styles in North America and Japan respectively.

Of course, it would be impossible to talk about emoji usage in Japan with mentioning “kaomoji” – which means face (kao) and emoji, combined into one word. Kaomoji are text-based Japanese emoji that are constructed using Japanese characters and punctuation. 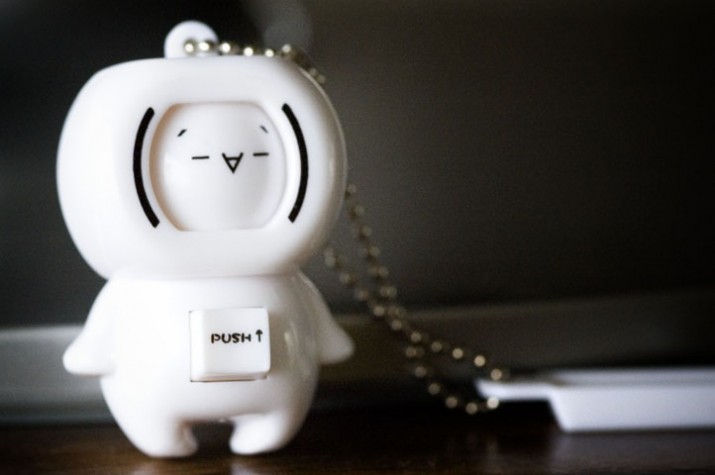 A toy with a kaomoji face. Photo by: Amy Wong

What is interesting is that while kaomoji was originally only used in Japan to make faces out of characters from the Japanese alphabet, it has recently become popular everywhere. The Next Web published an article teaching people how to use Japanese kaomoji without the hassle of actually typing Japanese characters.

The most popular kaomoji in North American is probably ¯\_(ツ)_/¯, made viral when Kanye West interrupted Taylor Swift’s award acceptance speech in the 2009 VMAs. Afer the interruption, Kanye gave a little shrug, and Travis Porter immediately tweeted: “Kanye shrug —> ¯\_(ツ)_/¯” as a representation of the gesture. Since then, the kaomoji has come to represent self-aware victory all over the world.

Despite popular adoption of kaomoji, it’s evident that Americans view their usage as novel or ironic, while Japanese users incorporate the smileys as a part of their everyday messaging habits. One example is the “Respect Tables” meme ┬─┬ノ(ಠ_ಠノ) , which is a reaction to the table flip kaomoji (╯°□°）╯︵ ┻━┻. See /r/PleaseRespectTables on Reddit.

Visual culture in Japan (and other parts of Asia) plays an important part in shaping design and marketing in the region. One example is the incredible success of LINE in Japan, helped by its rich collection of stickers – both for free and for sale. Many factors, including Japan’s high context communication style, “kawaii” culture and the image-rich diet of manga and anime that Japanese youth are raised on add to the need for foreign companies to understand how to reach their Japanese audience given the differences. 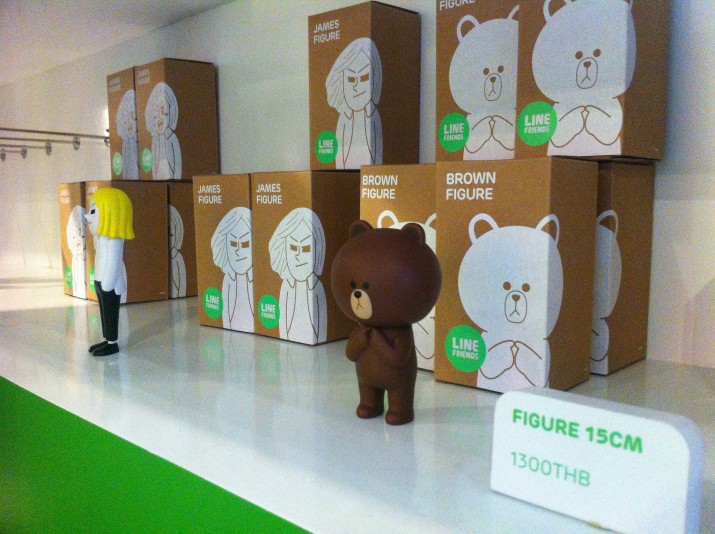 Line stickers had become so popular that the company started selling merchandise designed based on the sticker characters. Photo by: Jon Russell

This means that brands may have to adjust their branding strategy or design to appeal to a Japanese audience used to more visual ways of communicating in light of their high context language. One way to do that might be to make sure that your product lives up to Japanese cultural expectations, so for example, if you launch an app with messaging features in Japan, you may not want to miss out on adding emojis for your users to incorporate into their communication.

When it comes to making a product, service or message more memorable, you may consider designing a cute or cartoonish mascot to carry your marketing campaign. An example of an American company doing this for their Japanese marketing efforts is Microsoft with their launch of Windows 10. They created an anime mascot who is a blue-haired girl said to have come from 100 years in the future. This isn’t the first time Microsoft used this type of advertising in Japan. The company used similar mascots for Windows 7 and 8. Their mascot for Windows 7 was a similar blue-haired girl named Nanami Madobe. 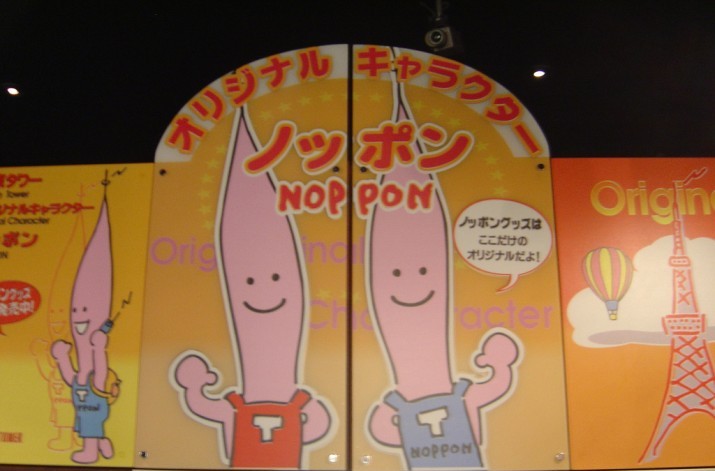 Cute mascots are popular in Japan, and many government institutions and towns use them to market themselves and become more memorable. Overseas companies may consider understanding the way Japanese people use visual cues differently for different purposes to adjust their user acquisition and retention strategies.