He dropped the cold, hard fact on the table between us.  90% of global urbanization—the building of new cities—is happening in developing countries: not in the USA, and not in Europe.  David Gensler, Executive Director of Gensler, leads a 3000 person global architecture and design firm that was once primarily domestic.

In the late 1980’s, Gensler’s global customers began building abroad, and they asked the firm to support them there.  Gensler said yes, and then began the odyssey of learning to build thriving, high performing offices in China and other developing countries.  Today they have secured their position as a truly global organization, and are poised to benefit from the shift in urban development to developing countries.

Gensler’s first step into the developing world was China, and it was a difficult beginning. Their first attempt in-country was the ex-pat solution, sending over Americans steeped in the firm’s corporate culture and processes. That got them started, but the ex-pats didn’t have local relationships and couldn’t develop new relationships to the level that was required.

They tried joint ventures with local firms and hiring veteran architects in the country.  But they found this seriously eroded the cultural cohesion , and created as many problems as it solved. Ten years later, the office was only 30 people in total and still led by expats. Given that real estate is fundamentally local, and Gensler’s ex-pat team was not, it became obvious a fresh approach was needed.

With Gensler’s US expansion, it soon became apparent that firm-wide there was a growing base of foreign-born employees who had come to the US to study and live.

One such man was Jun Xia, who had graduated from one of China’s most prestigious architecture schools, started his architecture career in China and upon moving to the States worked at Gensler in the US for 14 years.  He was a utility player who could lead, design, and sell.  After working on several projects in China from the US he eventually put his hand up to return to China and take a leadership role in the Shanghai office in 2004.  That one change began a dramatic shift in Gensler’s practice.

Jun took with him the organizational values, systems and practices that maintained the firm’s culture but enabled a Chinese personality.  He allowed the office to feel and think Chinese, and to connect with its customers and suppliers in a distinctly Chinese manner which helped to establish a level of comfort and trust.  He worked to reestablish contacts and relationships in the area, many of which stemmed from his university days and early work colleagues who had risen in Chinese government and industry over the intervening years. 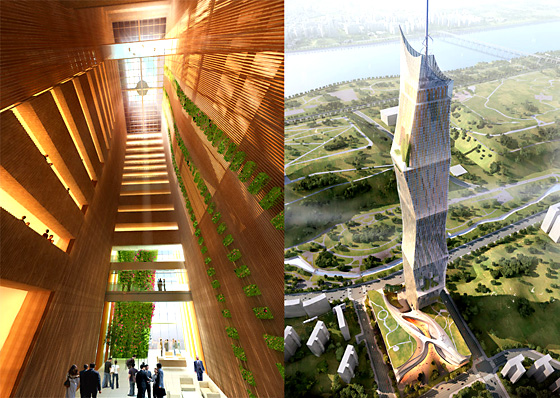 The Gensler secret to growing offices abroad began to take shape.  To start a new office in a new region in a developing country, one needs:

Over time additional Gensler staff, some China born, others just willing to commit for longer durations, moved to the Shanghai office.  They kept hiring locally as well, slowly building a foundation of culturally aligned professionals in the office.  This process is what David calls the “wealth-building phase” of a new office.  During this period the office grows leaders and a team that increasingly becomes self sustaining.

It wasn’t until 2008 that the office entered the “wealth distribution phase”, in which had sufficient management bandwidth to consider exporting leadership to Beijing, the next office to open in the region. 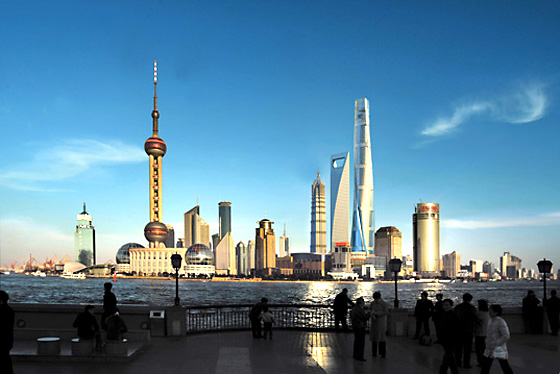 David estimates that building a mature, self sustaining professional service office in a new region takes ten years.  Ten years!  Given the pace at which urbanization is happening, their customers can’t wait ten years.

When Gensler decided to enter the Indian market in 2008 in a joint venture, the firm reached out to their 35 Indian nationals employed domestically, but there was not overwhelming interest amongst the group  in moving back.  Now, three years on as the Indian market continues to mature many are showing signs of interest. Likewise, Gensler steadily has been building awareness and relationships in the Indian market and expect to open an office in the coming months.

In an effort to expedite the office-growing process, Gensler is taking the following steps:

David Gensler is not claiming victory.  While the firm has a process that works, it is still not fast enough to keep up, and success is far from automatic.  But the team at Gensler is dedicated to growing the firm.  That means they keep pushing the limits, and keep innovating new solutions.

Robert Sher is principal of CEO to CEO, specializing in assisting CEOs and business leaders as they navigate critical passages.  He is the author of two books, Defeating Corporate Distraction and The Feel of the Deal: How I Built a Business through Acquisitions.  He may be reached at Robert@ceotoceo.biz.