Among the tech companies that have tried to enter the China market, LinkedIn is one of the most successful.

Before they even had a physical presence in China, the professional social network already had 5 million Chinese users. When LinkedIn entered China in 2014, this number exceeded 10 million, and China soon became their fastest growing global market.

Surprisingly, on top of a well localized Chinese website, LinkedIn released another independent product in China market called Red Rabbit, an app fully designed for China that could perhaps even compete with the main LinkedIn product.

According to Boyang Sheng, the CEO of LinkedIn China, if LinkedIn wanted to touch the fundamental base and real potential of the China market, localizing LinkedIn is far from enough, and LinkedIn made a switch before it was too late.

A closer look at Chinese professionals

LinkedIn’s global network is no doubt their killer advantage in China – it’s the best platform for users with overseas experience to plug into the world. That’s why LinkedIn could easily acquire 10 million users in China. Interestingly, although LinkedIn did a lot of localization for China afterwards, most Chinese users stuck to their original English profile.

The segment of Chinese professionals is a layered one. People with overseas experience only occupy a small percentage of the 140 million professional workers in China, and the majority of these professionals are young people aged between 20-35, still in an early or growing stage of their career. This group covers many different industries and tiers of cities. 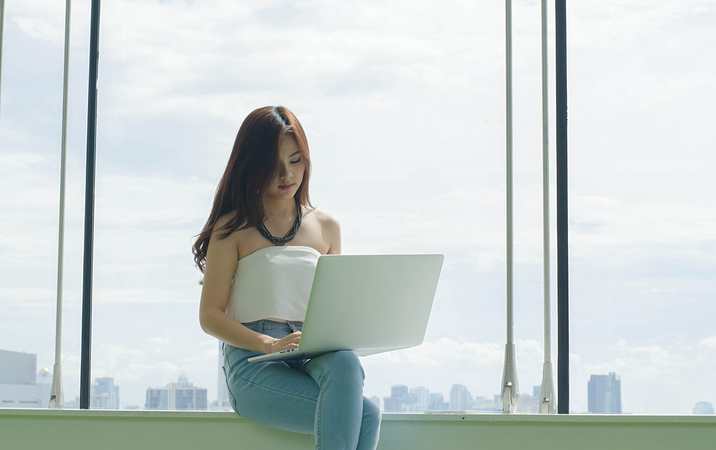 Moreover, studying overseas and working for foreign companies are no longer the most popular options for young Chinese professionals. Based on research conducted by Universum, only 25% of Chinese graduates prefer to work for a global company.

Instead of further localizing and changing the core functions of LinkedIn, the company created a separate product to address the gap in reaching professionals who prefer to have a strong local network.

Fit in, but keep original identity

LinkedIn was founded 10 years ago, at a time when PCs and email dominated communication between professionals. However, China is a mobile-heavy society with specific user habits – ones developed by China’s local internet products, such as scanning QR codes, registering using your phone number, and so on.

In the past year or two, LinkedIn did a lot in terms of localization, such as integrating with WeChat, Weibo, QQ Mail, Alibaba, and implementing a QR code system and so on. However, over-localizing can drive LinkedIn too far from their brand origin.

In China, there are some local professional tools, but none really serve the market well. The pain point for local firms is how to balance social and professional functions while offering something that WeChat cannot in order to acquire users. Besides having a natural advantage in terms of user database, Red Rabbit distinguishes themselves by adding on functions like professional networks, offline events, and group discussions.

Although LinkedIn and Red Rabbit are positioned differently in China in terms of their target audience, product design and user values, they share the same mission of connecting Chinese professionals. LinkedIn targets global connections, an elite network, and is visually boring but useful, while Red Rabbit is positioned as a young, interesting and warm social networking tool.

Many tech companies believe that if their product can succeed in any other country in the world, then it will also survive in China. But that belief is proven wrong by an endless list of examples, starting with Google, Facebook, and eBay.

LinkedIn’s success is a result of four years of market research and preparation. There is still a lot of room in China to discover new consumer segments. To win in your specific field, you need to go through a discovery phase where you identify the right target segment, product an excellent customer experience, and do so before your competitor does.