On November 8th, nine promising young startups shared their ideas, products, and services in front of an audience of 200 entrepreneurs, executives, and investors. Five of the startups were visiting from Japan, while four were local startups from the Bay Area. Asian Night, in its 2nd year, follows seven years of btrax, holding Japan Night, a fun Bay Area event that focused on exclusively showcasing great startups out of Japan.

With the pivot to Asian Night, btrax created an event that brings together startups from both the Bay Area and Japan. The event showcased differences in the entrepreneurial mindsets from each place in how they each pitched along with a contrast in the lens through which a problem is viewed and the potential market opportunities. There were also similarities between the two groups as entrepreneurs in both locations hustle to create great companies with a global focus.

Through my role as a pitch advisor to the startups from Japan, as well as the event MC, I had a unique view into the event and would like to share some thoughts on the amazing ideas that were presented.

When you think of Japan, you probably think of Tokyo, Osaka, or Sapporo. But did you know that Fukuoka, Japan’s 6th largest city, is making a really big push to be the Silicon Valley of Japan? They have initiatives to provide support and services for entrepreneurs, regardless of if you are a Japanese or a foreigner.

In fact, all five of the startups that ventured to Silicon Valley to take part in btrax’s 2nd Annual Asian Night were from the Fukuoka area. Some ideas were still in the very early stages while others had a working prototype. However, all were focused on solving problems that they understood and were passionate about.

As you may know, public speaking is one of the top fears of people and for good reason, it can be scary! Now add to the fact that you are presenting in your second language and it becomes especially daunting. But, in my opinion, that’s what makes Asian Night so great. These startups are willing to go up in front of a large audience to share the ideas they are passionate about, even if it means doing it in a language that doesn’t come naturally to them.

One thing I love about the Bay Area is the diverse background of people giving entrepreneurship a go! This year’s batch of local startups included an inventor, a talented artist/designer, a marketing webpreneur, and a Women-in-Tech Ambassador. Whether creating a robot to enhance your shopping experience or connecting and supporting the world’s pool of talented designers, the audience was wowed by these interesting ideas.

Of course, in a pitch contest, there needs to be a winner which left the judges, who ranged from serial entrepreneurs to VCs, with the difficult task of picking their top three startups. After quite a bit of deliberation, the judges wanted to emphasize that although they came to an agreement on the top four, identifying and ordering the top three was a challenge. Brandon Hill, btrax Founder and CEO, was one of the judges and noted that “The quality of the startups has continued to improve since btrax’s first year doing Japan Night. It was very difficult to choose a winner since there were so many great startups solving real-world problems with a great focus on expanding globally.”

The winner of the contest received an opportunity to pitch at the upcoming East Meets West event in Hawaii along with receiving $50,000 worth of services from the Startup Showcase Group. In deciding the top three companies the judges agreed that they not only had great presentations but were ones they would be interested in investing in. Here are the top 3 winners, followed by a list of all the startups who participated:

Fanalyze is a fantasy sports search engine and analysis platform to speed up research by using search to quickly get relevant player data and to compare players instantly. 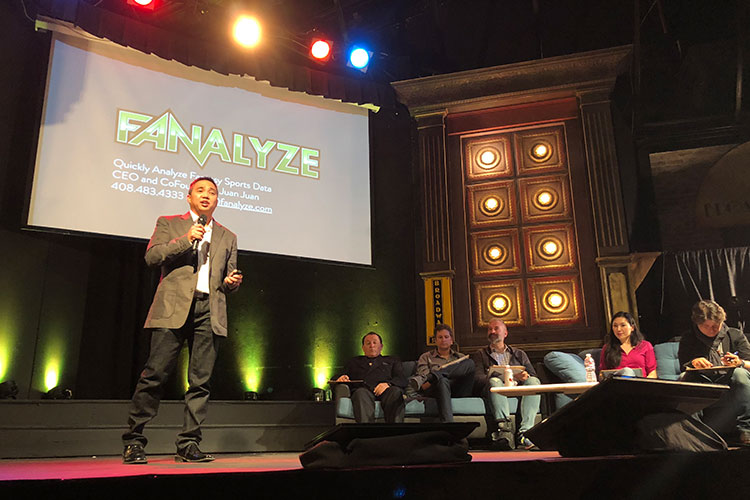 One of the judges, Gwen Cheni noted that “Fanalyze’s launch has great timing as online sports betting recently became legalized. The judges viewed Fanalyze as the most likely to be acquired in the near- to medium-term. Founder seemed to be a sports enthusiast himself, and thus may understand his users better.”

Yocto is a smart yoga mat that generates accurate exercise data, analyzes it and proposes how to do positions correctly. It ensures your workout is safe, done properly and helps to prevent injuries. 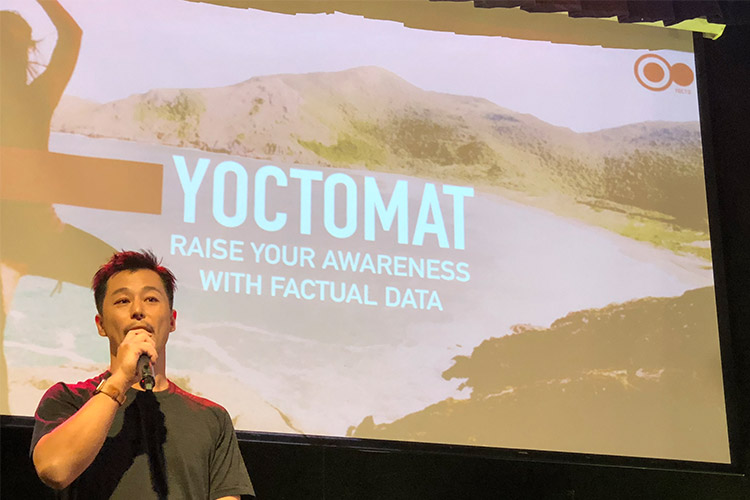 When discussing Yocto, the judges said that, “Both fitness and home gym are trends on the upswing recently, gaining investments from top VCs. Although the final product with camera is a few years away, the product is unique and in a niche not yet too competitive.” 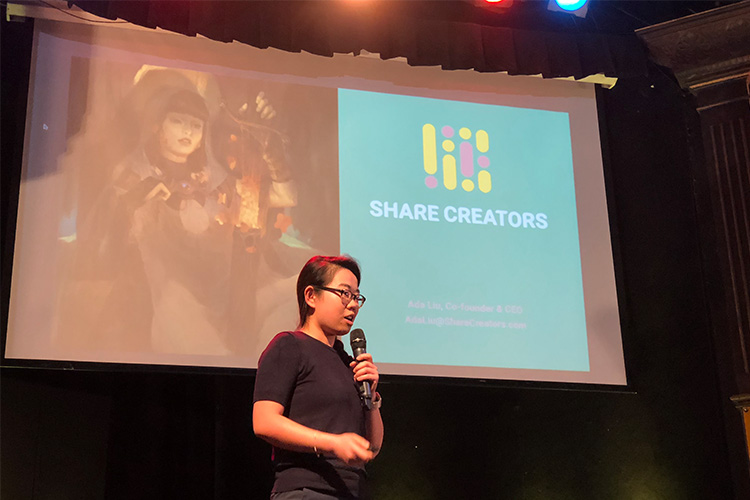 In looking at the top three startups, a common thread was understanding the users and this was definitely the case with Share Creators. The Founder sounded like she understood the users well being a designer herself. Also, being able to generate revenue with little capital raised is a huge positive in most investors’ eyes.

Tag One is a device making cycling safer. A device and service that will let cyclists know if danger is approaching from behind.

Mule Robotics is a San Francisco-based startup with a mission to introduce a utility robot that the general public can have access to, based on its patent-pending design aptly named, Mechanized Undercarriage Learning Engine or MULE.

Using proteins made from silkworms, KAICO aims to develop new medicines with pharmaceutical manufacturers and researchers.

Rohm is a social utility platform for your day to day activities. With Rohm, anyone can create, find, share, and promote unique experiences and events of all kinds.

Small cities have a hard time to advertising their own attractions. Local Japan seeks to improve this with their app, first introducing it to Japan, then to other countries.

Sora:Share matches landowner and drone users. Looking to build a global community where drone users can safely fly anywhere and landowners can rent out their land.