Earlier this month, we published part one of this article which summarized the six steps to kickstart your business in Japan. Part two covers five case studies of companies we’ve helped launch in Japan in the past decade.

In 2006, Expedia wanted to create a Japanese version of their online booking site. We provided localization, copywriting and user research services to them in addition to working with them to create the website. Helping them establish their online presence took around 6-12 months, after which they finally hired a local team.

Same as what we previously mentioned in the first part of this article, we first helped build their online presence and ran online marketing before anything else. Expedia hired a local team only one year after they entered Japan to further explore sales and marketing opportunities.

To the left is the homepage of Expedia Japan in 2011, and to the right is a landing page from the same time period. 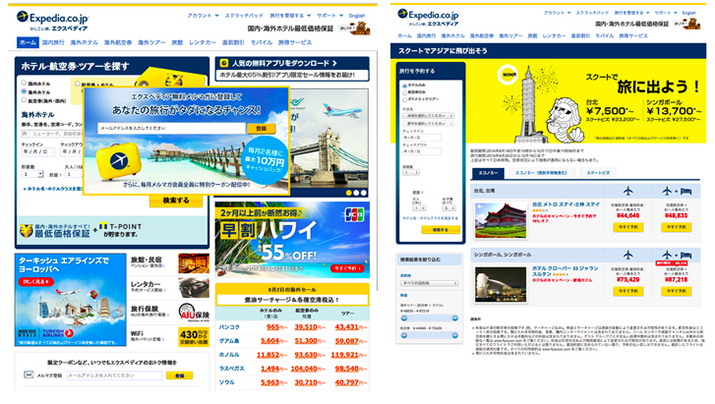 By the time Toys R Us approached us, they already had a Japanese e-commerce store and a Japan office, but their website wasn’t yet tailored to Japanese consumers. We helped them do two things:

B) Create a mobile version of the site. 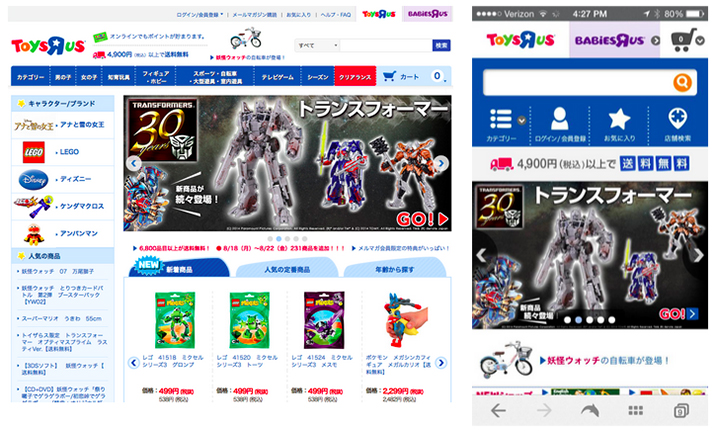 Blue Nile is a leading US online retailer of diamond jewelry. They reached out to us for help in setting up an online store on the Rakuten, Japan’s Amazon. Blue Nile’s jewelry products can cost more than $10,000, but people in Japan are comparatively willing to spend money on expensive items online, so their business is a success in the Japanese market.

The images below are two screenshots of what the Blue Nile Rakuten page looked like after we finished setting up the store. 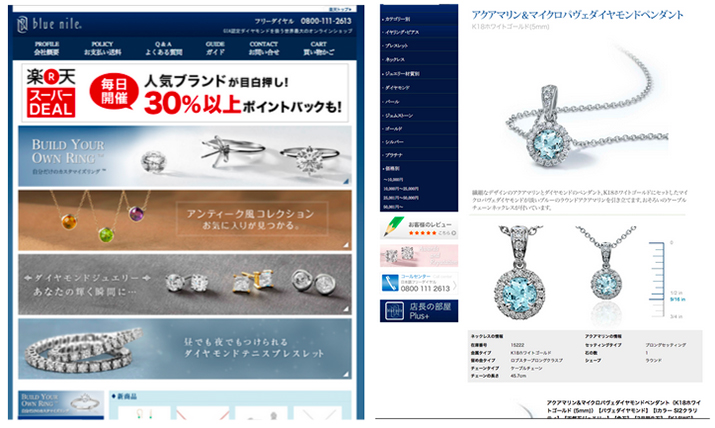 When Square first launched in Japan, their brand messaging wasn’t tailored to Japanese consumers; in fact, it started off very similar to their US messaging.

Square sold their products in physical stores in Japan, so we worked on localizing Square’s brand messaging for their brochure and website. With that, they could better reach their potential Japanese customers. 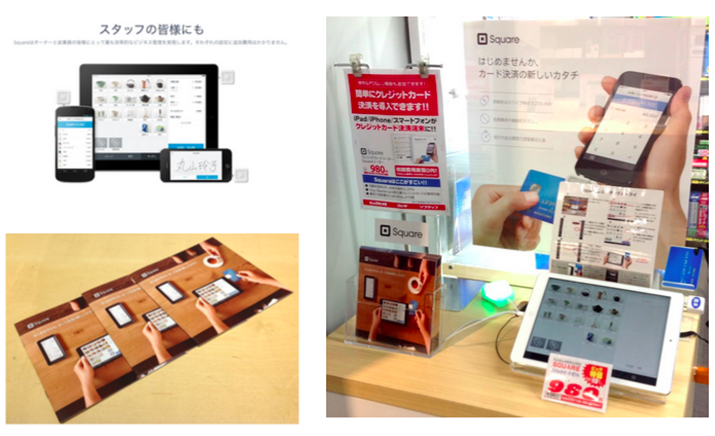 This is one of our most recent case studies (from only last month). Wix contacted us to help create landing pages to attract more Japanese users onto their platform. They wanted us to make a website tailored to Japanese users.

The WIX website for US users isn’t optimized for Japan, so we tweaked the copywriting and design (including things like icons and buttons) to improve the conversion rate for Japanese users – see below for the final result.

If you are interested in kickstarting your business in Japan and have any questions on what you should do next, feel free to contact us! We have offices in San Francisco and Tokyo.