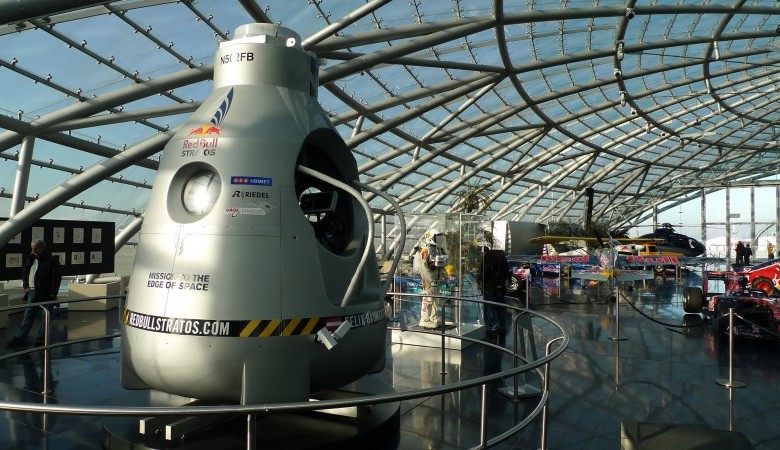 Some call it “stunt marketing.” Others term it experiential marketing, and it is loosely defined as messaging you can see, touch or feel in a physical space.

The most famous recent example is the Red Bull “Stratos Jump” – which was broadcasted live in October 2012 and racked up 52 million views. In six months, U.S. Red Bull sales included 7% to $1.6 billion, according to research firm IRI.

Besides the RedBull “Stratos Jump,” below are four very successful experiential marketing campaigns from around the world.

In 2011, T-Mobile launched an experiential campaign in Barcelona where people could use a smartphone to play a life-size version of Angry Birds.

The campaign was a huge success and the video accumulated over five million views in just one week. To date, it has been viewed nearly 19 million times.

The video was viewed over 1.5 million times on YouTube. This experiential advertising campaign capitalizes on the magic of being in the moment and won the Grand Prix in the direct category at the Cannes Lions International Festival of Creativity in 2014.

TNT – A Dramatic Surprise on a Quiet Square

To launch the high quality TV channel TNT in Belgium, they placed a big red button on an average Flemish square of an average Flemish town, and encouraged onlookers to “Push to Add Drama” with a big hanging sign. Those who did unleashed havoc on the streets in the form of fist and gun fights and ambulances, all in an effort to promote the channel’s “Daily Dose of Drama” show.

The YouTube video of the campaign has over 53 million views to date, making it an extremely successful campaign. Due to its success, TNT recreated the video for their launch in the Netherlands. The sequel has more than 15 million views today.

In effort to promote MGM’s remake of “Carrie” in 2013, patrons of an NYC coffee shop witnessed a young woman send a man up the side of a wall with a flick of her hand after he accidentally spilled coffee on her laptop. This is a “real world” demonstration of the telekinetic rage that drives the film’s title character.

This video has garnered over 63 million views since its upload in late 2013, making it one of the top viral marketing campaigns of all time (this and the TNT campaign both make the cut).

Should you do it?

Doing something cool doesn’t guarantee that people will talk about your brand or product, but it does improve the possibility of that happening. Brands should focus on coming up with good ideas to engage their audience and get people to notice them, instead of thinking about what will go viral. If an idea fits the brand and has potential to get people excited, then it could hit the jackpot, or it might not, but riskier areas of marketing like experiential require some level of adventure and courage.

Below are a few tips for brands looking to try an experiential campaign:

Finally, it’s important to not expect anything overnight, because success comes with consistency and persistence. If it didn’t work the first time then try something a little different. Not every brand campaign takes off but the ones that do usually come from brands that are willing to try new things.