We have grown so much since our humble beginning in 2004, from providing design services for small businesses to now helping companies bridge the gap between Japan and America through design.

🎊Check out our special anniversary site! 🎉

Maybe you know btrax from a business standpoint, but btrax is so much more than just that. Here are 15 fun facts about our history, culture, and people. Let’s go!

Here’s what our very first website looked like! It was completely designed by Brandon, the CEO himself! And, guess what? It was a full flash website.

Wondering who has been at btrax just as long as Brandon? It’s none other than…COOPER HILL! 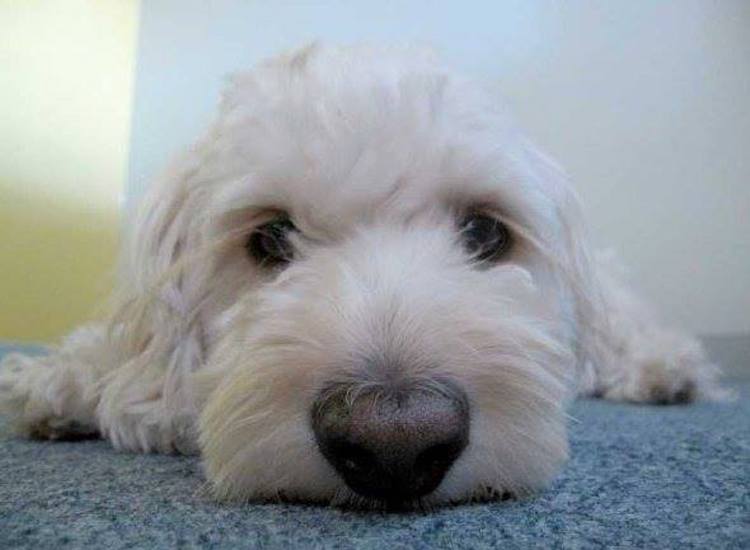 Cooper is Brandon’s Cockapoo. He was known as btrax’s Happiness Officer. Although he now prefers the comforts of home over hanging out at the office, his spirit and dog bed still remain in the office.

In July 2013, btrax Japan officially opened in Tokyo! The year prior, Brandon and Aki Tada, who would become the general manager of btrax Japan, met at a networking barbecue. It was there that they discussed the idea of bringing btrax to Japan. After a few months of planning, btrax Japan became a reality. You can read about the launch here. 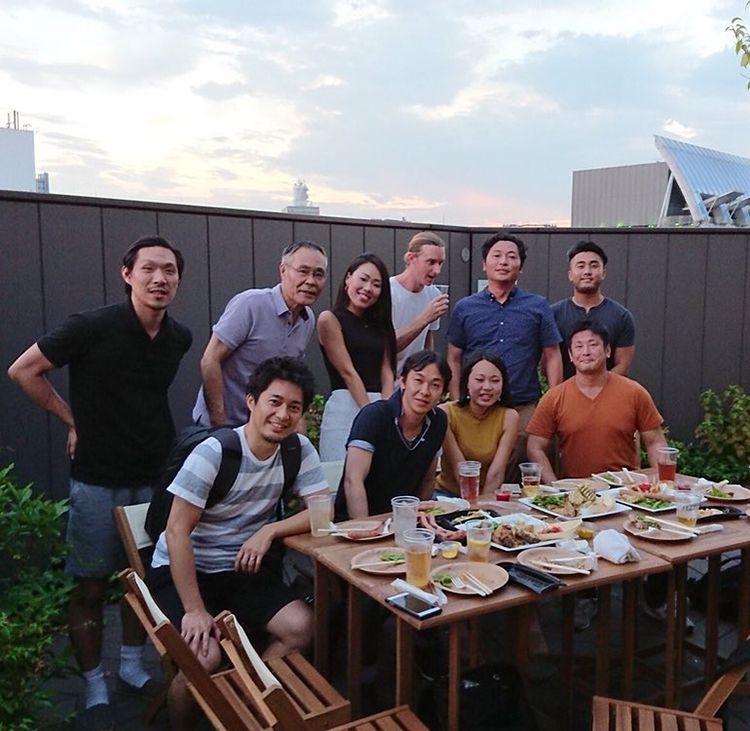 The team enjoying a nice meal together in Tokyo, Japan.

Have you ever wondered where the name “btrax” comes from? To give you a bit of context, Brandon has a deep appreciation for music and studied music before focusing on design in college. With his passion for music, he wanted his company to have a music theme.

Now that you know where btrax comes from, can you see the vinyl record inspiration in btrax’s logo?

5. From internship to startup

Before btrax Japan opened, a few eager Japanese entrepreneurs and students joined btrax in San Francisco to gain experience working for a startup in Silicon Valley. The first among these was Masa Iguchi. Currently, he is the owner of one of the top brand design companies in Japan called IN FOCUS INC.

Masa wasn’t the only one to start a new business after his time at btrax. Three other btrax interns went on to start their own companies. Those btrax alumni include Naofumi Tuchiya who started Goodpatch, Ryoryun Nuto who started Karen, and Hide Matsumura who started Empower For. 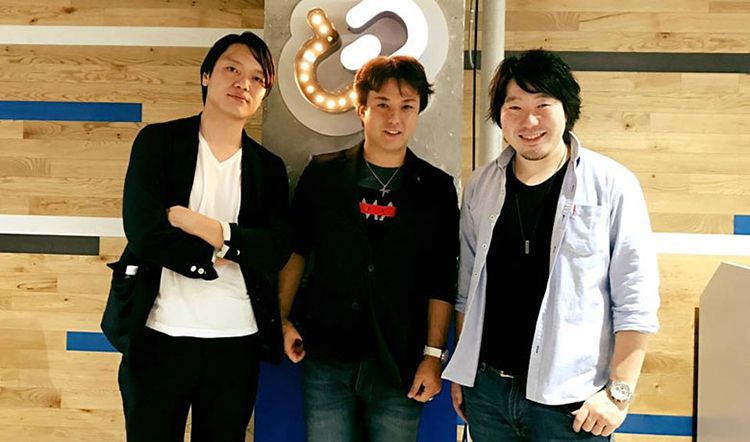 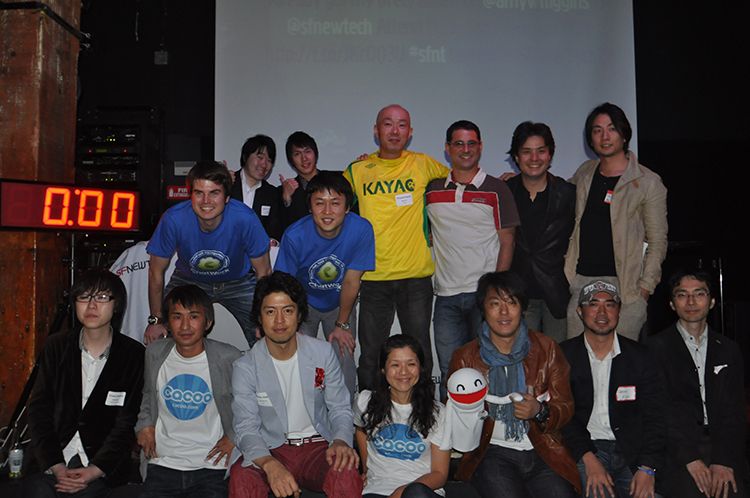 The second Japan Night event in 2011. 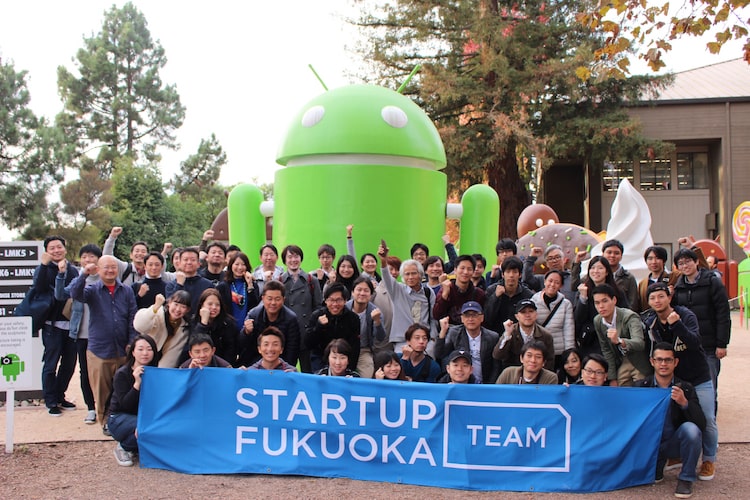 freshtrax is btrax’s blog where readers can find articles on the latest marketing, business, and design trends in Japan and America. The articles differ on freshtrax Japan and English though, so don’t think you’ll simply find translated articles.

Can you guess how many sticky notes btrax uses in a year?

Our team and clients use approximately 42,270 Post-its.

These sticky notes are used for writing quick notes (of course), sharing ideas and feedback during retro meetings, sketching, and sending silly, motivational comments to one another! 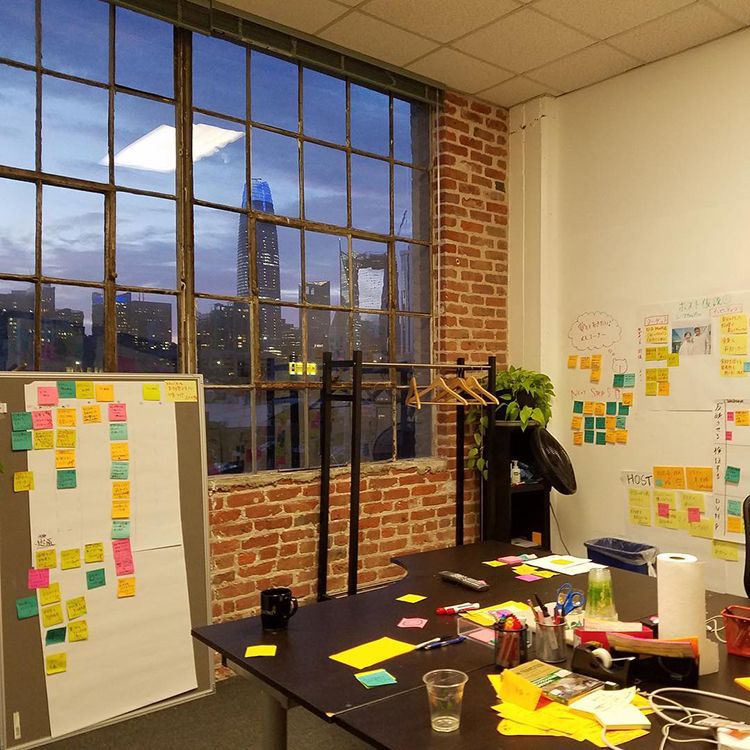 The current btrax office has 7 meeting rooms, each named after a typeface. Since typography is such a crucial factor in design, it’s only fitting that each room is named after one.

We have Meta, Times, Garamond, Futura, Helvetica, Bauhaus, and Hiragino! 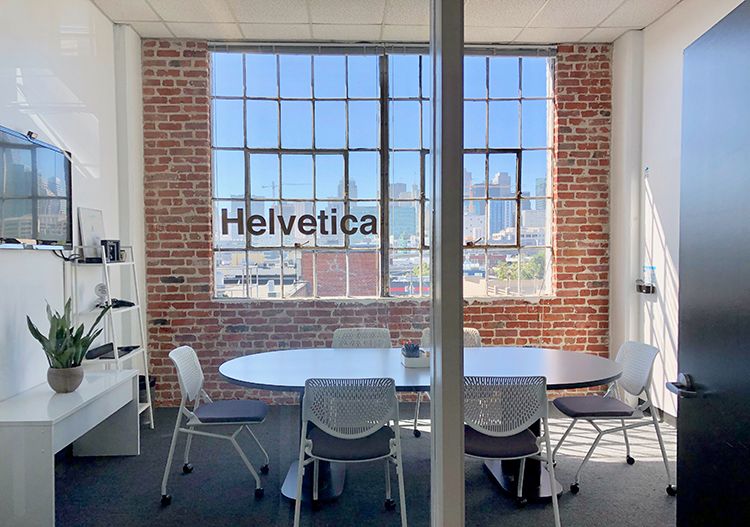 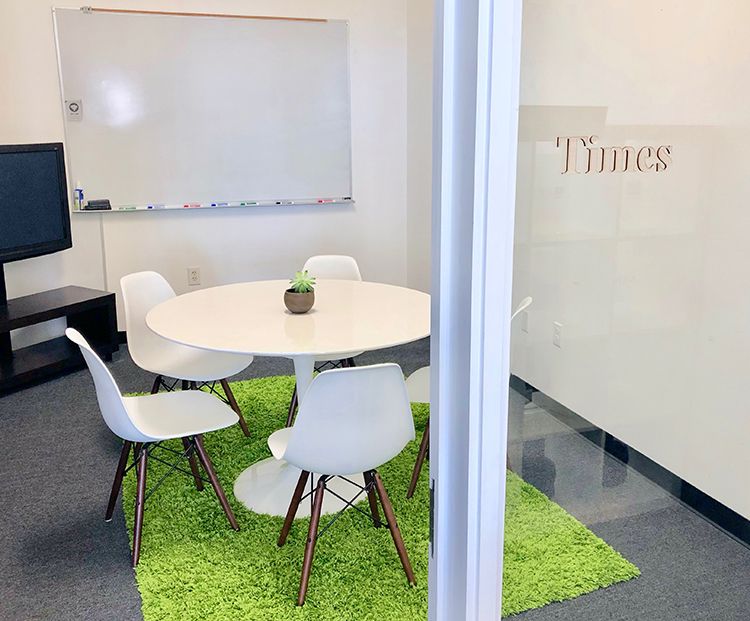 The names also serve as a reminder that everyone in the office is a designer (whether they can draw well or not!)

btrax takes Halloween very seriously. Along with the tricks and treats, there is a costume contest every year and everyone always brings their A-game. 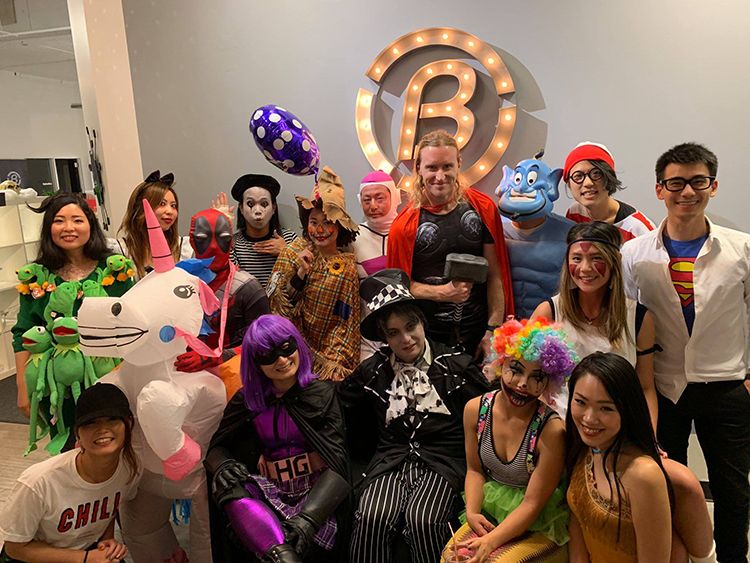 Everyone dressed up for btrax’s 2018 Halloween Party!

At the end of the day, it’s a good time connecting with one another and enjoying each person’s creativity through their costumes!

Each week the team member who truly exemplified at least one of btrax’s four core values the previous week is chosen to be the “Culture Leader.” btrax’s values include:

1. Empower by Creativity
2. Communicate and Collaborate
3. Take Ownership
4. Be Playful 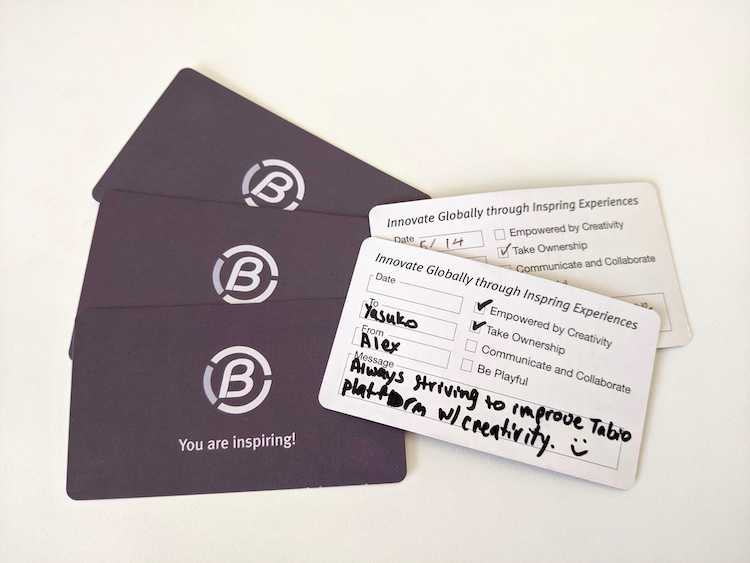 Though only one person is typically chosen, all of the btrax team members are rockstars.

12. Major shifts in the company

btrax initially focused on design and development in the beginning by helping companies create websites for local businesses. As we saw a need to provide services that complemented our design expertise, we also started offering marketing and branding services in 2008. In 2014, we began to also focus on UX Design.

At its core, btrax still focuses on design, creating incorporating design thinking practices in our work and fostering a creative environment in the office for clients and customers. 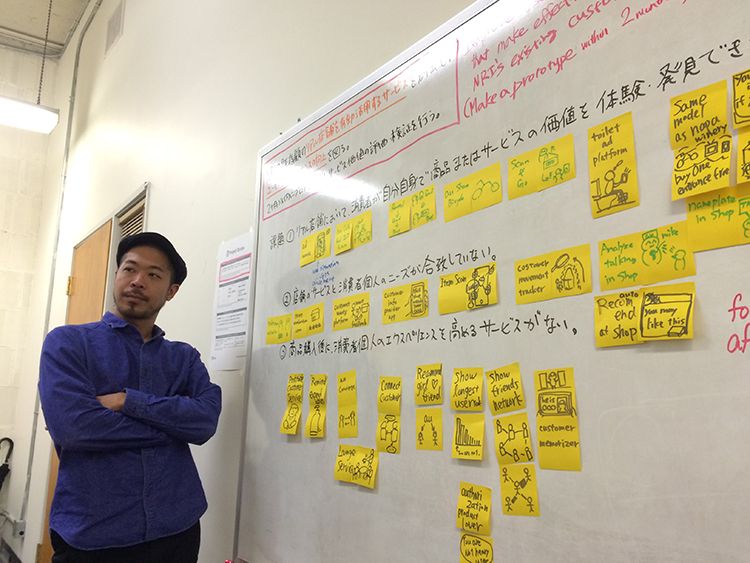 btrax introduced Design Sprints as a service in 2018 as a way to help clients quickly solve problems through design, prototyping, and testing ideas with users. Both btrax members and clients would meet together every day for five days to share ideas, set goals, observe user tests, create storyboards, design prototypes, and review the progress. From ideation to creation to user testing, the group brought ideas to life and made finding solutions more clear. 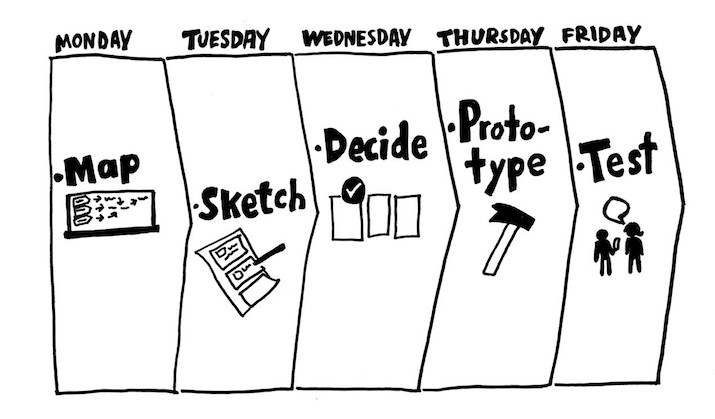 15. The CEO’s Vision for the Future

The btrax mission will be “Inspiring innovation through the power of design” with a vision to “Provide inspiring experiences.” The btrax team goal will be to “Design to Inspire”.

We look forward to what’s in store for the future of btrax!

Want insights on the Japanese market and updates on the latest trends in Japan? Sign up for our newsletter and we’ll send you our exclusive insights and more!