Online shopping in Japan is big. The domestic B2C market grew 17 percent in 2013 to hit around US$112 billion, according to the Ministry of Economy, Trade, and Industry.

Major players, like Rakuten and Yahoo, are well known and rightfully so. But there are plenty of Japanese online stores to choose from. Take a look below and see some of the shops that have been rising in popularity lately.

The companies are listed randomly, with no ranking applied.

Origami is a self-styled completely new mobile ecommerce platform that seeks to improve on traditional online shopping in Japan. Users can follow brands and receive notifications when new items are made available.

Users can also share their shopping journey via check-ins and purchases at a store’s real or virtual location. Origami claims that these check-in’s are a critical part of its business model since they act as advertisements for the brands.

Origami announced a US$5 million funding round in April 2013, led by KDDI and the Digital Advertising Consortium. The company also earned honors as an “App Store Best of 2013.” 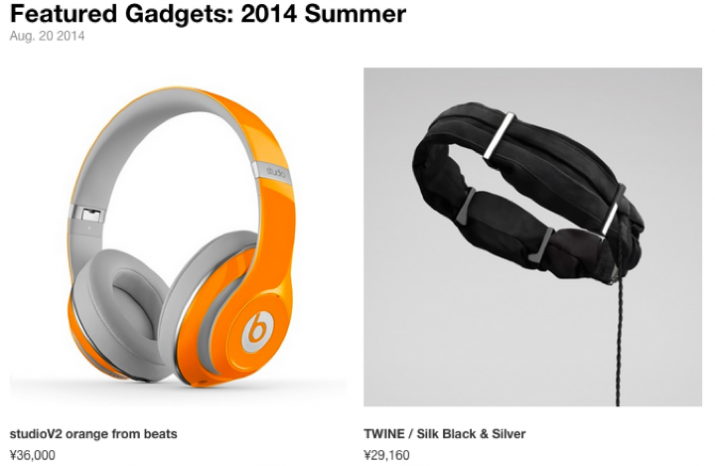 Sumally is an ecommerce social network where users can curate lists of items they want, own, or want to sell. Similar to Pinterest, you can see what items other users have or want and can develop your shopping list from that. All your preferences can be shared via Twitter, Facebook, Google+ or Pinterest. 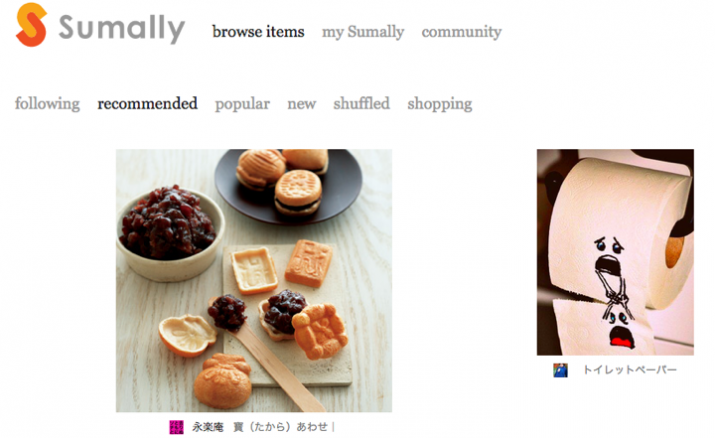 iQon, from Vasily, is an app that lets users figure out what they should wear. People can play around with outfit combinations and buy what they like.

With a social aspect as well, users can follow individuals who fit their fashion tastes. When you find an outfit you like, it is possible to buy part or all of it from the retailers.

In an interview with Tech in Asia, co-founder Yuki Kanayama said iQon’s 650,000 registered users are spending more than $1 million in aggregate purchases. He also commented that a single transaction often costs around US$100.

Online shoppers love a deal, which is why Muse & Co has positioned itself as a VIP flash sales site. It’s target audience is young, professional women.

The website currently promises 1,000 brands and 2,600 new items on sale for up to 90 percent off. Brands include Marc Jacobs, Coach, and Jill Stuart. Sales last for several days, depending on the seller.

In May 2013, Itochu Technology Ventures, Infinity Venture Partners, and Mitsubishi Capital invested US$3.5 million into the service. 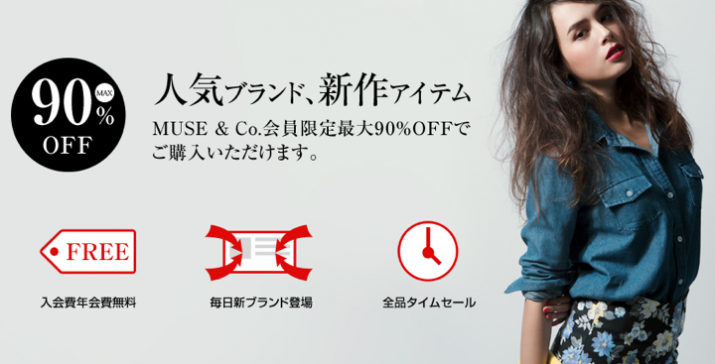 Locondo specializes in shoes; they supplied 70 percent of its US$50 million revenue in 2013. the remainder was made up by bags (20 percent) and apparel goods (10 percent).

To prevent customers from feeling disappointed if they receive shoes that don’t fit, Locondo delivers three pair of shoes to each customer – one size bigger and one size smaller than what was originally chosen. Once a decision is made on the right pair within thirty days, the customer has to call the delivery guy to bring the other shoes back. In 2013 alone, Locondo delivered over 600,000 pairs of shoes.

Japanese online shopping is not limited to new goods only. Mercari is a successful flea market for second-hand goods. Mercari CEO Shintaro Yamada told Tech in Asia earlier this year that users post over 10,000 items each day, and there are over one million listings. In the same interview, Yamada noted that over half of those items are related to women’s goods, which reflects that most users are women in their twenties.

Online shopping in Japan is bound to result in finding many Japanese products. For individuals who want a taste of something different, Monoco has a collection of clothes and everyday goods from over 40 countries. It curates both the items and their designers, claiming that most of the products cannot be found in Japanese stores.

Stockpiles of goods are low, so there can be a several-week wait while a user’s desired product is made and shipped. Registered members get access to sales as well.

DG Incubation and Recruit Strategic Partners, among others, have both invested in Monaco but have not disclosed the terms.

Not every Japanese online store is going to carry a wide range of products. Oh My Glasses has found their niche catering to glasses wearers.

Connected to 1,000 stores, OMG (the official abbreviation) provides 400 brands and over 20,000 glasses to choose from, including some of its own design. Users input their prescription and can have their glasses delivered for free. Should the glasses be unsatisfactory, the user can return them for free within five days of delivery. 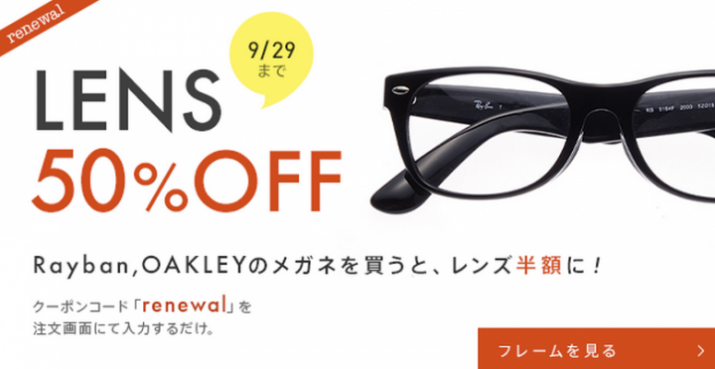 A dedicated fashion portal for online shopping, Zozotown was founded in 1998 and has managed to stay independent and growing despite heavy competition from Amazon Japan and Rakuten.

Zozotown’s longevity has resulted in several offshoots of the core business. ZozoUsed is for selling old clothes. Wear is a mobile-first social network for users to take pictures of themselves and explain what brands and products they are wearing.

Fril, the main product from local startup Fablic, is a flea market like Mercari. While Mercari is female-focused to a degree, Fril, as its pink and latticed design suggests, is almost exclusively used by high school- and college-aged Japanese women.

With a quick photo snap, the user can upload the item they wish to sell and wait for notifications from interested buyers.

Fril came out of the Open Network Lab accelerator in 2012 and has seen 1.5 million downloads and monthly transaction volume of approximately US$5 million.

Auction sites are a popular form of online shopping in Japan, and AucFan aggregates them for you. Via AucFan, users can quickly price compare on a wide range of products before hopping over to the auction service with the best price.

AucFan has been in the black for several years and continues to push its net income up, doubling from approximately US$1 million in its 2012 fiscal year to US$2.10 million in 2013. The service has 381,000 users, 50,000 of whom are premium users with full access to AucFan’s 20 billion data points for products.

The company went public in April 2013.

This list is not meant to be exhaustive, but hopefully it’s representative of the online shopping scene in Japan. Should you have any suggestions or recommendations of other popular ecommerce platforms and sites in Japan, feel free to drop them in the comments.

This article was written by David Corbin and originally appeared on Tech in Asia. Permission to redistribute was granted by Andrew.