If you’re an American in Asia, one of the first things you’ll notice when walking into a Starbucks, McDonald’s, or KFC is that there are items on the menu that you’ve probably never seen before. Green tea lattes, red bean scones, rice burgers and seaweed fries are mixed in with familiar items like fried chicken, Big Macs, and Caffè Mochas.

The menu items reflect the successful localization strategy of these American fast food chains in their rapid global expansion. Here’s a look at what they did right.

The Colonel Reigns in China

Brands that want to succeed in Asia need to be smart about how they approach the China market. Localization is a critical factor to success – something that KFC seems to have understood better than anyone else.

KFC is not only the most successful chain restaurant in China, it tops the list of the most powerful foreign brands in the country. Their numbers are impressive: there will be over 5000 restaurants in more than 850 cities by the end of this year.

In fact, KFC has achieved such dominance, that in many places the image of founder Colonel Sanders is a more common sight than that of Mao Zedong. 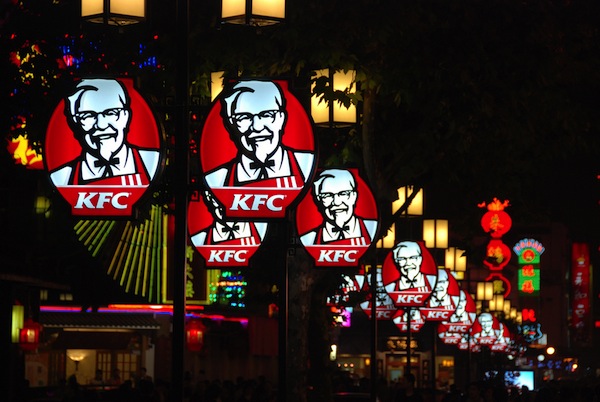 From fried shrimp patties, to rice porridge, to egg custard tarts, KFC has been catering to Chinese tastes since first entering the market in 1987. A variety of rice dishes are featured on the menu, which you would think is a no-brainer considering the fact that rice is a major staple of the Chinese diet.

But fast food rival McDonald’s only just started offering rice on their Chinese menu a couple months ago. The Golden Arches have been struggling to overtake KFC for years, and rice is part of a new push to better appeal to local tastes. Unfortunately for McDonald’s, it doesn’t seem to be going so well.

Drinking coffee in a world of tea

If there’s one fast food chain that should have failed in China, it would be Starbucks. How could an American coffee-peddler succeed in a region of the world that has been drinking tea for centuries?

Instead of challenging the tea-drinking culture, Starbucks chose to capitalize on it by introducing beverages like green tea lattes and frappuccinos. They also included popular local teas like Oolong and Mudan alongside their fresh-brewed coffee.

As a result, Chinese consumers quickly developed a taste for coffee and Starbucks’ popularity skyrocketed. 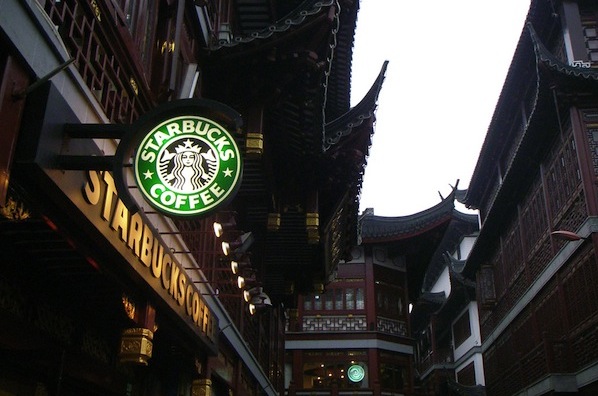 A recipe for success

As rising incomes and busy lifestyles boost demand for fast food in China, fast food chains are accelerating store openings across the board. KFC continues to open one store a day. McDonald’s is currently boasting 10 a week. And Starbucks recently announced record growth in China, with plans to open its 1000th store by the end of the year.

At btrax, we know that success in the Asian market comes from being culturally relevant. By adapting to local tastes and cultures while still maintaining their brand identity, these chains have successfully become powerful forces in Asia.