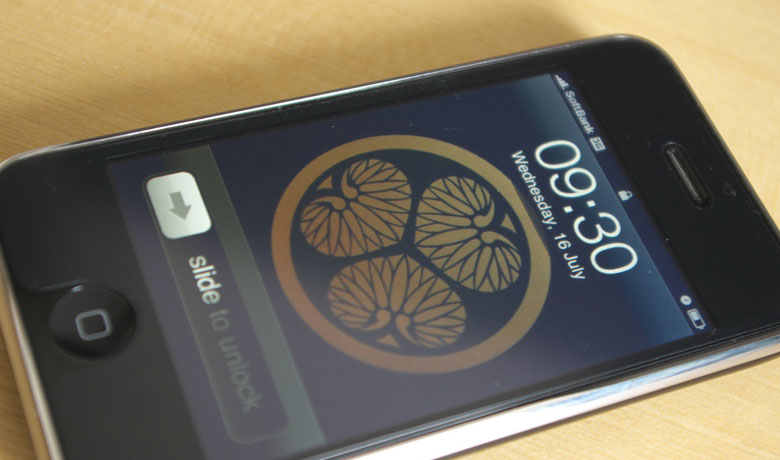 iPhone’s share in the Japanese smart phone market rose to approximately 70% after the biggest mobile carrier, Docomo, released it last year (2013). The Japanese market still has a stronger demand for the iPhone than for Android devices. Likewise in other countries, the iPhone has a big market share.

The first iPhone was not available in Japan when Apple released it in 2007. However, when Softbank started selling the second version (iPhone 3G) in Japan in 2008, within 3 days Japan became the second largest market for the product.

Yet, the Japanese response to the first version was not very positive, pointing out that the device lacked many features and functions.

Galapagos in Japan before iPhone 3G

Because of the difference in standard of telecommunications between Japan and other countries, no telephone companies outside of Japan could enter into the Japanese mobile market. As a result of being systematically protected from foreign competition, Japanese companies developed peculiar technologies unique to the country.

Japanese mobile users did not react well to the iPhone 3G before it was released in Japan. The biggest reason for this is the lack of functions and features many Japanese consumers are already used to. Another example of a unique function is a mobile digital broadcasting technology called “One-Segu,” which allows users to watch television broadcasts from their phones.

Q. Can I send emails to other Japanese mobile carriers?
A. No, you can’t.

Q. Does it sync with Bluetooth devices?
A. No, it doesn’t.

Although the iPhone 3G aimed to globally obtain a big market share, it did not optimize for the unique Japanese mobile market and did not have the functions that Japanese mobile users were already used to or desired in an iPhone.

User experience for every series of the iPhone is excellent. One good example is the iPhone retail packaging. Because Apple believes that user experience begins when the user opens the box, they designed not only the product, but the way it would be opened as well.

The sophisticated user-experience design was the key to breaking the block for entering the Japanese mobile market. It was thought that mobile users in Japan would purchase devices based on their functionality, so Japanese people were thinking that the iPhone 3G would not be successful.

The huge success of the iPhone 3G in Japan shows the importance of user-experience design over the number of functions and features in a product.

Apple did not announce any new hardware at WWDC 2014 this month. However, Apple fans still look forward to the introduction of the iPhone 6 and iWatch this fall. The iWatch especially promises to have never before seen user experience design.

As with the iWatch and other new wearable devices, people will buy them for the new experiences these products will bring.

Takashi Fuke
Takashi was a former Project Management Intern and is a lover of Ghibli movies. He is interested in design, IT, and startups.