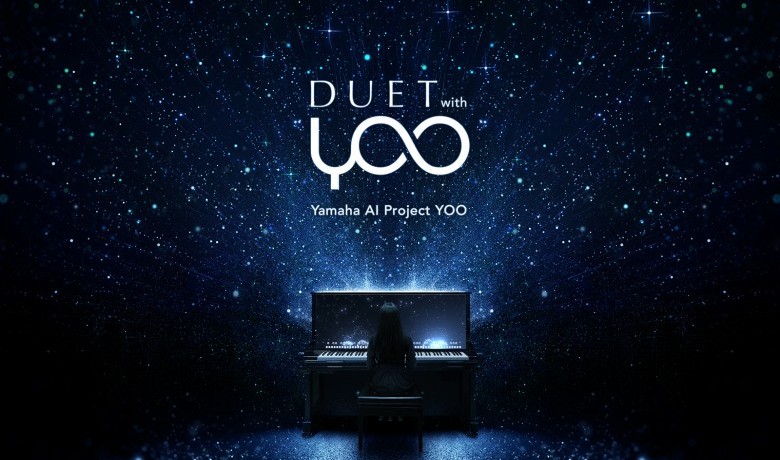 Gone are the days of being unable to practice your musical ensemble because you’re missing someone on the piano. The Yamaha AI Music Ensemble System promises to play piano for you!

What is the Yamaha AI Music Ensemble System?

The Yamaha proprietary AI Music Ensemble System instantly analyzes a musician’s performance in real time, and predicts suitable tempo, timing and dynamics to create a harmonized ensemble on a Yamaha Disklavier piano. As you play, YOO beautifully accompanies your performance.

AI music ensemble technology solves this problem as it imitates a real human playing music and can listen and adapt its music to the others in the ensemble.

See the difference! The video below by Yamaha demonstrates the difference between regular player pianos and AI music ensemble technology.

In collaboration with Yamaha Corporation, HAKUHODO i-studio will exhibit an experiential installation at SXSW 2018 in Austin from March 11 to March 14. The installation, titled “Duet with YOO,” uses the Yamaha AI Music Ensemble System to create an interactive AI experience where a musician feels like they are playing with another musician.

The ”Duet with YOO” installation also provides visual synchronicity between the player and YOO by displaying coordinated on-screen graphics to accompany the music. This is made possible by HAKUHODO i-studio’s technology and imagination.

Participants can experience “Duet with YOO” through a performance of “Twinkle, Twinkle Little Star.” This song was chosen for its simplicity, allowing even beginners to experience Yamaha and HAKUHODO i-studio’s musical innovation.

The Future of AI in Music

In recent years, many companies have started developing AI music technologies. Beyond the piano accompaniment technology covered in this article, Yamaha has notably worked on technologies combining other mediums of art with music, such as transforming dance into music on a piano. Algorithms have also been composing original music.

From use cases like bands with a missing keyboard player to string ensembles wishing to recreate the touch of a legendary pianist from the past (that adapts to live performances), or even just for personal musical fun at home, the potential of a project like “Duet with YOO” and Yamaha’s AI technology is endless.

Another potential direction is for Yamaha’s technology to develop the ability to play instruments other than the piano. Only play the drums and need an entire band to practice with? The future probably has a solution for that.

View the full press release for “Duet with YOO.”