According to Catholic theology, the seven deadly sins are negative character qualities that, if left unchecked, will eventually kill a person’s soul and plague humanity.

Well … dang! Behind this thought is deep psychological reasoning. The 7 deadly sins are the basic, often addicting, intense emotions.

The Art of Capturing Users in Service Design

A decade ago, Reid Hoffman, founder of LinkedIn, suggested to The Wall Street Journal a comprehensive theory of social-network success.

This is the 7 Deadly Sins framework (7DS). The 7DS clarifies and simplifies the value proposition of tech companies over the years, and it has had undeniable success.

However, times have changed since 2011. Over the past few years, the negative impacts of social media have worn on user’s trust. The art of hooking users — once celebrated across Silicon Valley — is now viewed with skepticism.

As our conceptions of social media have matured, so must the industry. Social networks must systematically redesign itself, while maintaining its core mission to connect one another.

The bottom line: When businesses fail, it is often because they failed to understand their user’s basic, often addicting, intense emotional states.

Examples of Top Service Design and Its Corresponding Vices

This means that if you can capture the underlying desires of human beings, it will be easier to create a hit business. Now, let’s look at top service designs and their corresponding vices. 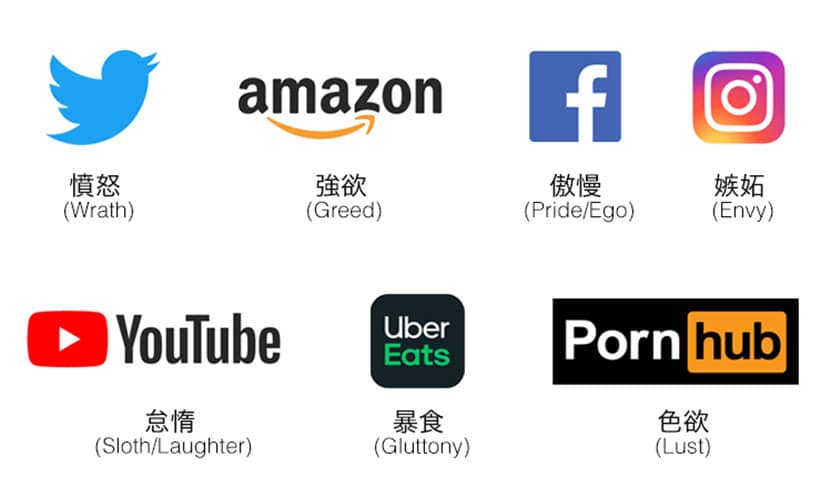 The Science behind Capturing your Users’ Hearts

The secret to capturing your users is hidden in a study by American psychologist, Harry Harlow. He believed that human love and affection could be measured and analyzed, highlighting the importance of companionship to social and cognitive development. His most famous experiments were maternal-separation, dependency needs, and social isolation experiments on rhesus monkeys.

One case study, about motivation, is of special interest.

In 1949, psychologist Harry Harlow placed puzzles in monkeys’ cages and was surprised to find the primates successfully solved them. But Harlow saw no logical reason for them to do so. Their survival did not depend on it, and they did not receive any rewards or punishments. They simply had the desire to.

This observation transformed the traditional idea that rewards are needed to increase motivation.

Harlow offered a novel theory, “the performance of the task provided intrinsic reward.” The monkeys enjoyed solving puzzles, and the joy of the task was its own reward. Humans are motivated by seeking novelty and challenges, expanding, exercising, exploring, and learning one’s abilities. 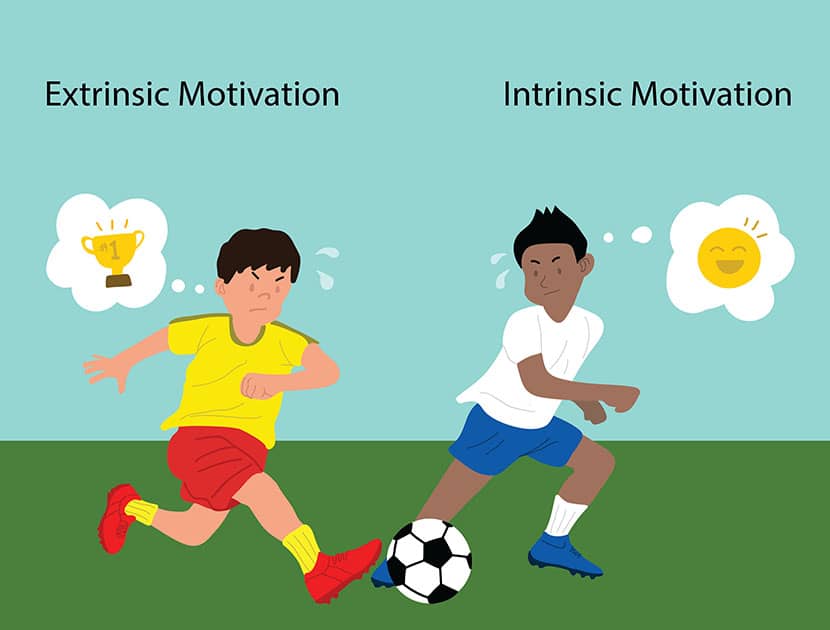 To create engaging services, it is indispensable to meet the emotional needs of your users and channel a wire that resonates with the source of motivation. What value can you give your users? What is the challenge they must overcome? Emotional motivation will be a driving factor in your business.

As 7DS stated, the more intense the emotion, the more addicting the service will be.

But that’s old news. Instead of gamifying your services, change them in a positive light.

How might you motivate your users to seek novelty and challenges to improve their abilities?

Design is essential. Even if you make the same service as somebody else, the key to whether users uninstall or become loyal users depends on how you design it.

Btrax stays up to date on tech trends and in the digital age, it is necessary to design experiences with an awareness of human behavioral psychology.

If you are interested in learning more about our detailed design methods or past product designs, please contact btrax here.