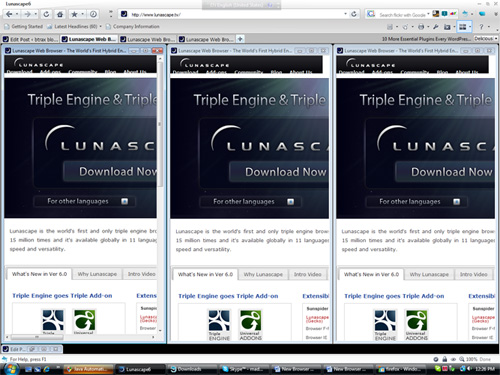 Silicon Valley is the place where Netscape lost its war. The competition of browsers is fierce and harsh here. But without fear, a new browser has entered the market. It was born in Japan. It is named Lunascape. It is very Japanesque when you see the design templates of the background which you can choose from. They have samurai and kimono color backgrounds.

Lunascape is the world’s first and only triple engine browser. It has been downloaded over 15 million times and it’s available globally in 11 languages. The download is free and you can open three different web design engines in one page and they are Trident (Internet Explorer), Gecko (Firefox), and Webkit (Safari and Google Chrome). They say they are very fast with the triple engine and triple add-ons.

Professionally, I enjoy it when I have to test sites with different browsers. All I need to do is to open all three of them in one page and compare the layout. All three pages can be displayed vertically or horizontally in one page. It is pretty convenient.

The question is how much market share Lunascape can get in this competitive market. Internet Explorer is dominating because Microsoft bundled with computers. Since Mozilla has Mozilla Foundation (non-profit) and Mozilla Corporation (for profit organizations) to support Firefox, the non-profit gets donations which are used by Mozilla Corporation. Firefox gets money from Google by having its search engine on the browser, but besides that it is said that they get donations.  And the strength of Firefox is that it is an open source browser. Everyone tries to fix the problems andmake it better. Lunascape is not an open source browser yet. 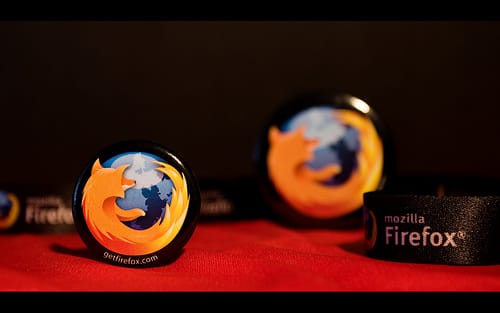 Since Google came out with its own browser, I doubt how much longer it will stay generous to other browsers. The competition will be fierce. But all browsers have passionate fans to protect them. It seems that Lunascape survival depends upon how many passionate fans it can create.