“You have five minutes to make your point. Just spit it out and get it out there. Be confident. Believe in yourself.” With these words of encouragement from Airbnb co-founder Nathan Blecharczyk, the final startup pitches kicked off for JapanNight VI.

From the fifteen startups that btrax selected in an open call for applications, these were the six finalists that demonstrated the most promise, originality, and global scalability. They flew from Tokyo to San Francisco for days of coaching, meetings with VCs, and a JapanNight pre-event at DFJ where they competed against local startups like Feastly.

What made this JapanNight special was the mix of hardware and software startups amongst the finalists. Each presenter pitched their idea with confidence and passion, and the judges meticulously pinpointed any issues they saw with the business model.

A Surprising End for Ring

As the top-rated finalist from the semi-finals in Tokyo and the winner of the DFJ pre-event, Ring came to the finals surrounded by buzz. They certainly had the sexiest product – Ring is sleek, silver and comes with the promise of allowing you to control other devices with a simple hand gesture. A murmur went around the room when Ring took the stage, and audience members raised their smartphones to snap photos.

But as JapanNight judge Nathan mentioned from the beginning, you only have five minutes to make your point. Unfortunately, five minutes wasn’t long enough for Ring to get their demo straightened out, and they were unable to show off their working prototype to the SF audience. Hardware demos are always tricky – especially those that rely on Bluetooth connectivity. For anyone who didn’t get a chance to see it, you can watch Ring’s semi-finals demo here. 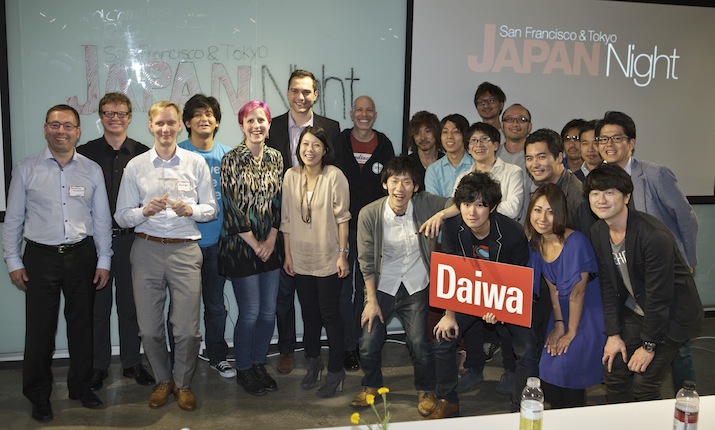 Hard Work Pays Off for Cooori

Cooori founder Dr. Arnar Jensson’s passion for his product comes from his expertise in linguistics and his personal experience with learning a language. The international guests at JapanNight nodded their heads in agreement as Jensson described his difficulty learning Japanese. I myself have been through hours of intensive foreign language classes, and I can definitely see the potential of a language-learning service like Cooori.

While originally placing third in the semi-finals, Cooori worked to refine their pitch and demo. They ultimately took the top prize, with Ring coming in at a close second. Online coding school Codeprep and the Fukushima Wheel SmartBike tied for third place. btrax CEO Brandon Hill commented on the results:

The Cooori team made a drastic improvement from the semi-finals and the pre-event at DFJ. Even though the ranking was a part of the event, I believe each and every product and service offers very specific value to the global market. btrax hopes to keep improving the quality of the event to create larger impact to bridge the gap between the SF Bay Area and the rest of the world.

Words from the Founders 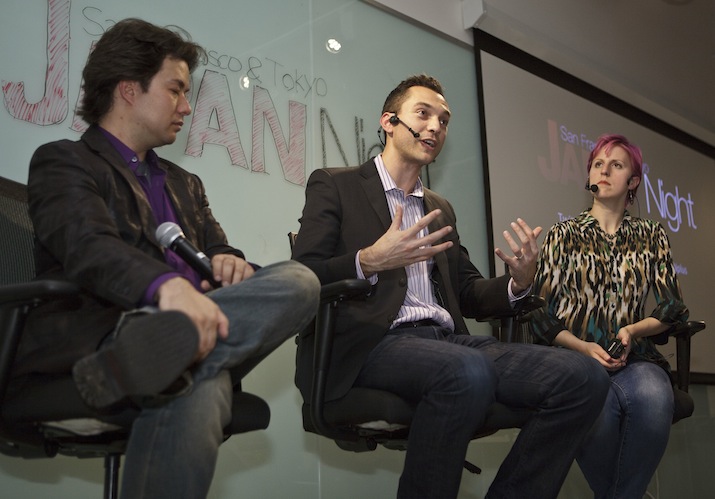 The purpose of JapanNight is to give Japanese entrepreneurs access to the Bay Area’s powerful startup environment. We at btrax decided to add further value to the event by organizing a Founder’s Fireside Chat and an audience Q&A.

Along with their personal anecdotes and business advice, the founders stressed the importance of community, resilience and learning from past failures. I’d like to leave you with their words of wisdom:

I am very passionate about how we get cities like Tokyo to create an environment where it’s okay to talk about failure. It starts with entrepreneurs and VCs working together. To be able to go into an investment meeting and comfortably say that “I have failed and learned” shows that I have the resilience necessary.  ~ Cass Phillipps, FailCon

You’re going to go through some hard times. So many people don’t pace themselves and then they’re surprised after 9 months that it’s getting harder, not easier. It’s in moments like that when you need the support of the community. If you quit too soon, you won’t succeed. ~ Nathan Blecharczyk, Airbnb