In the beginning of July, I had an opportunity to speak at GlobalSaké’s 7th event of 2021, “Japan and Germany New Markets Entry Strategy”, to share how important conducting research is prior to entering the Japanese market.

Here’s the highlight video from the event:

Understanding what’s happening on the ground

Again, researching about Japan and the market space is important for market entry. However, I find that there are things you can’t research about unless you speak with a local or even visit Japan. What’s great about entering the Japan market now is that there are so many stories about success and failures we can all learn from. 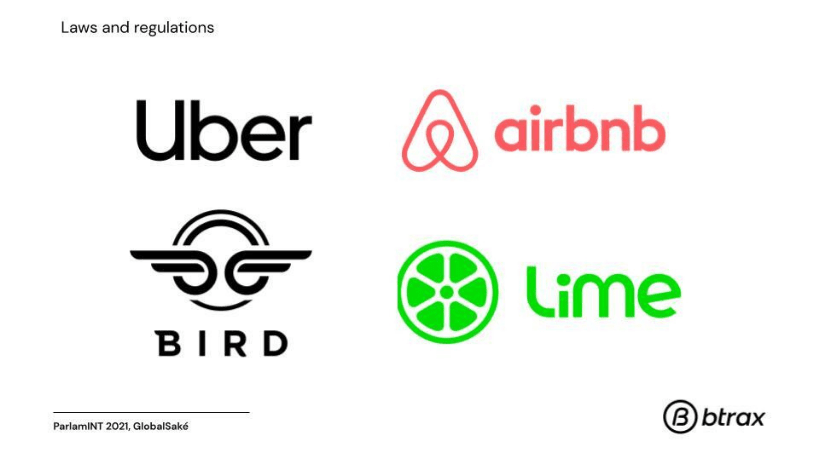 For Uber, they first tested the Japanese market with their service “ride sharing”. It is illegal, still illegal to this day, to ride with someone without a business permit. While they initially tested out the market without compensation, they were quickly banned from even testing the market. I see this as Uber not understanding enough about how laws and regulations are perceived in Japan.

I believe having Uber was just too big of a step for Japanese people to take plusthe taxi union in Japan was afraid of the competition and the potential loss of jobs. Uber has now shifted their business model in Japan to be a “taxi-reservation/calling app” and food-delivery service, Uber Eats.

Another example is with AirBnB. Staying at “private rooms/homes” has been illegal in Japan with regulations depending on the city or district you live in. While AirBnB worked closely with the government and optimized how they do business in Japan, the apartment unions are fighting against AirBnB. So, it is still put into a gray zone.

Bird and Lime, e-scooter companies have also struggled. They both tested the market at the same time but laws and regulations were not working in their favor. E-scooters are considered to be motorcycles in Japan, meaning that the riders need to wear helmets.

Also, for these two companies, it seems like the pandemic impacted their business globally and I haven’t heard any news about them in Japan. Now, there’s a local e-scooter company, Luup, who has been getting attention – they are working with the government to amend the laws so that riders don’t have to wear helmets.

Laws and regulations don’t mess with just foreign companies. It is also a problem for domestic companies. Sending money between your friends like PayPal or Venmo was finally just accepted in Japan. We still have physical “hanko” or name stamps and still can’t have electronic files accepted as official documents.

Apple releasing a new iOS where you can save driver’s license in the wallet is cool but that will most likely take a long time to have in Japan… The government has been building an IT department where they are looking to find ways to digitize services.

Japan is quite a difficult country to introduce innovative and useful services but there’s always a way – first you need to understand what’s happening on the ground. What do these laws and regulations look like? How are they perceived by citizens? Are there any unions that are dependent on these laws? What happens if you amend it, will there be a different problem?

Think to yourself…does your value proposition need to be localized? Well…you may not have an answer until you’ve done research. 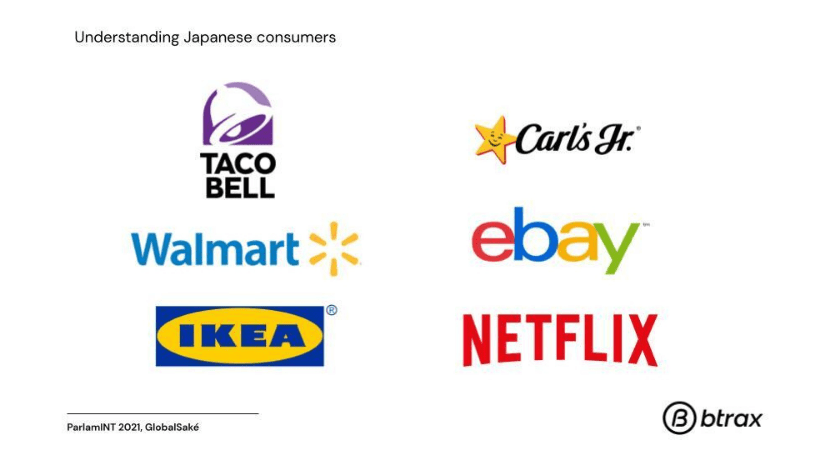 Let’s take a look at these six companies. You may already know the stories behind these companies. Do they have something in common?

Taco Bell and Carl’s Jr. They both entered Japan early in the 90s or 2000s. They both left and re-entered Japan. It’s safe to say that they initially didn’t research about Japanese consumers and how their value proposition would be different in Japan. However, when they re-entered for the 2nd time, they did their research.

Japanese consumers preferred sit-down fast food chains that had affordable and premium pricings. Even after all this research, Taco Bell still struggled in the beginning when they re-entered. Their content wasn’t properly localized.

There was quite a bit of backlash saying that their content was not translated by a real Japanese person. So, another takeaway is that just because you are a foreign company, doesn’t mean your content should be foreign. It needs to speak to locals.

These companies didn’t seek to contextualize the value proposition of Japanese consumers.They could have avoided a lot of the pain points and not had to re-enter after failing or re-worked their business model in Japan.

Netflix is a good example of a company who did their research before launching in Japan. They understood their competitors and the behaviors of Japanese consumers.

Understanding that mobile was the target they needed to focus on, I think they did a great job entering Japan. Now they are closely researching what categories are most watched in Japan and curating content to fit the consumers needs.

What’s the next “hot” industry in Japan?

So, what’s trending in Japan?

Like the rest of the world, Japan also faced “a new normal” from the pandemic. Restaurants and fast food chains were challenged to provide food to consumers efficiently and safely. The food delivery and take-out space has definitely been catching attention.

You can find both local and global apps in the food delivery and take-out space in Japan. It’s quite interesting to research and learn how each platform is targeting different cities and areas of Japan.

That’ll be a whole another article you will find on Freshtrax soon.