With the peak of globalization exemplified by the multifaceted and interconnected tech industry, the translation and localization of products and services are key to expanding a business. Both small and large companies are finding it more and more necessary to create internationalized services in order to economically compete. But knowing what to translate and what not can be tricky for someone without the proper understanding of locales.

Previously, we talked about how it’s important for designers to know a few important facts about target locales before designing. From colors to choice phrases, it’s important to know both the source culture and the target culture inside out. However, if you’re in charge of strategy or perhaps you’re a designer without international experience, where to start can be daunting.

So, before your designers start plugging in codes, a linguistic translator and localizer will also need to get their hands on all text, images, and mockups as well. When working in international and global companies, the importance of linguists and culture specialists is underplayed, overlooked, and quite often, underappreciated. However, they serve as a catalyst for all global businesses.

Often, as a translator, I am given a piece of work by designers and told simply, “Translate this.” The role of a translator and linguistic localizer is to be a representative of various cultures. And we take it very seriously. At the end of the day, it takes the care and bilateral knowledge of a human being to create the most effective and emotionally evocative experience for users or consumers. It takes creativity.

“Translation is not simply to change one word into another language, but to translate words and images (yes, images) into a meaningful recreation of an experience.”

Translation is not simply to change one word into another language but to translate words and images (yes, images) into a meaningful recreation of an experience. Whether you’re looking to expand your business internationally or you’re a designer working on product or website UX localization, there are some important tips you can learn from the linguists’ approach that will improve your work for a global audience.

This article will explore how translators and linguistic localizers use expert knowledge and creativity to recreate the best experiences for users.

Let’s take a step back and discuss a few terms before we discuss how creativity and expert knowledge are key to creating a genuine experience for users. The study of Translation in the West dates back hundreds of years, gaining more academically charged exploration with the invention of the printing press and bible translations. Translation in Japan and China dates back even further. However, while we’ve come a long way from the days of Martin Luther, some fundamentals haven’t really changed.

So, what is translation? Oxford dictionary states it as, “A written or spoken rendering of the meaning of a word or text in another language,” or, “The process of moving something from one place to another.”

Great, but the next question is, “How do we translate?”

For example, a company has a product coming from Japan to America. The Japanese use the word “マンガ” or “manga” for this product. The translator uses the word “comic book” to domesticate the text and bring it closer to the audience. However, due to the popularity of the word among young Americans today, the translator can use the word “manga” in English which brings the audience closer to the original Japanese text and culture.

Many of you have heard the term “localization” before, but it might not be easy to fully understand. Beginning in the late 80s, the need to mass-produce software on a global scale developed a need for localization (or L10N). The now-disbanded Localization Industry Standards Association (LISA) cited the following definition:

“Localization involves taking a product and making it linguistically and culturally appropriate to the target locale (country/region and language) where it will be used and sold.”

In other words, we are throwing in more culture, UI, text placement, box and docs, imagery, how-to guides, etc. into linguistic translation.

The #1 most important thing is recreating the same exact experience for the user! Wait, how? How can I, the translator or designer or Project Lead, make sure that a person in Japan feels the same experience as a person from the U.S., China, Italy, or wherever?

In Translation and Creativity: Perspectives on Creative Writing and Translation Studies by Eugenia Loffredo and Manuela Perteghella, they pose the question on “…how to deal with the suppression of notions such as creativity, inspiration – in other words, the imaginative mind – if the activity is reduced to a reworking of cultural and generic voices.”

How do we suppress our creativity and produce quality content for global audiences if it must be strictly regulated?

The answer: We don’t!

Example: Difference in dislike of vegetables in Inside Out

Take a look at Disney/Pixar’s Inside Out. Baby Riley hates green veggies. The image on the right is from the Japanese release and the image on the left is the American release. Notice the difference? 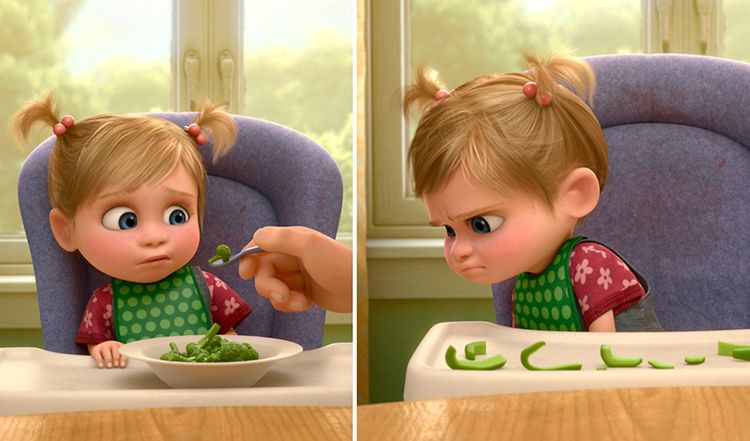 (Check out the original article here.)

The American release has Riley disliking broccoli, but the Japanese localization has her turning down green peppers. The reason for this change is strictly cultural. In America, kids are often characterized as hating broccoli. But in Japan, children there are characterized by hating green peppers which are used more often in day-to-day cooking. In order for children to understand the significance and relate to the feelings of the character and her dislike of vegetables, it was vital for Disney/Pixar to localize this scene.

A warning to the wise: This can conflict with the hierarchy of language and colonialism. In the case of English and the U.S., we ethically cannot “erase” other languages especially those that suffered under colonialism. This is the same for Japanese to particular cultures like Korean or Filipino. However, in the reverse hierarchy (“minor” to “major”), there’s a little leeway. The point is to be careful. Simple as that! With all that in mind, we’re back at our original mission: recreate the experience with imagination and creativity!

Three steps to take for translation

How would you translate it into U.S. English? Google translate says, “I went to bed with kotatsu when I was watching Kōhaku,” which is completely wrong.

STEP 2:
Next, identify the culturally problematic words. In this case, it’s “kotatsu” and “Kōhaku.” 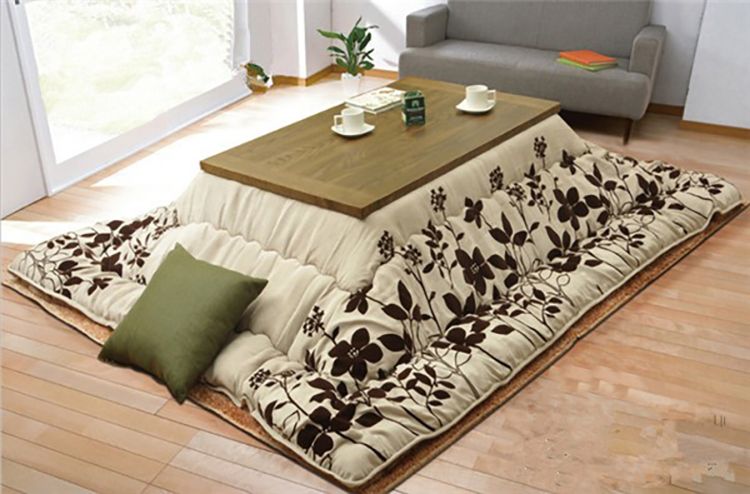 A kotatsu is a low table frame used during winter with a heater underneath and a thick futon blanket to keep the heat trapped. Japanese people often fall asleep under them despite common knowledge that is not safe to do so. 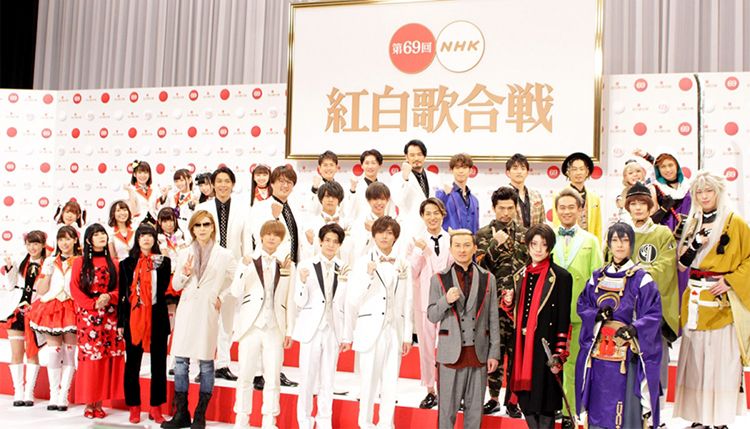 Kōhaku, or NHK紅白歌合戦 (Enueichikei Kōhaku Uta Gassen)/”NHK Red and White Song Battle”, is an annual New Year’s Eve special where popular singers and bands compete on teams by performing throughout the night.

STEP 3:
After that, try and translate or localize the sentence and words aptly for the desired target audience. It takes someone knowledgeable, meaning people who truly have studied academically and have lived respectively, in both U.S. culture and Japanese culture to catch these issues. Google translate and Wikipedia will only get you so far.

So why bring up this example? I want you to see how there are so many things that help guide your creativity, not hinder it. There are so many different ways you can say this! You may translate “kotatsu” to “heated table” or simply leave it as is. How about when you can only use 100 characters? Maybe only 80? Get creative!

Take a look at the video game Revelations: Persona which was released in Japan (1996) and the U.S. in 1999. Unsure of how the American audience would perceive or even understand the Japanese school system, names, and culture, the localization team creatively recreated the entire game. Names and even character designs were changed for the U.S. version. 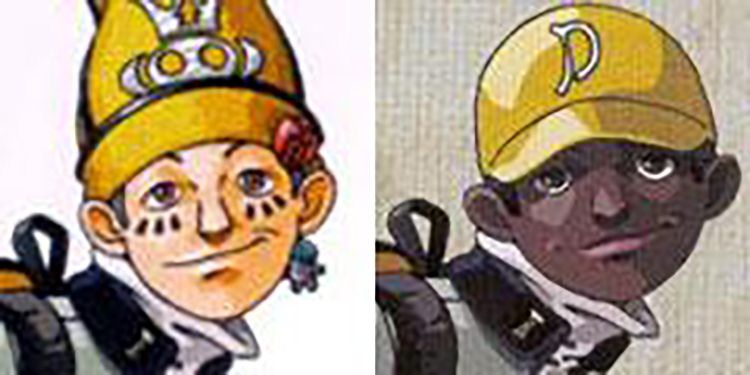 We call this “transcreation”. This is now, with a bit more foreignizing, a standard for video games. Now, U.S. audiences are more familiar and comfortable with Japanese which means that more foreignization is allowed.

In 2009, the series creators re-released the game as Shin Megami Tensei: Persona in the U.S. to include all original Japanese names, storylines, and other cultural references. Now, translators, linguistic localizers, and cultural specialists are allowed to have a bit more freedom to creatively mesh source culture into and with the target culture and language. In time, the use of transcreation can lead the target audience to ease into the foreign culture over time. 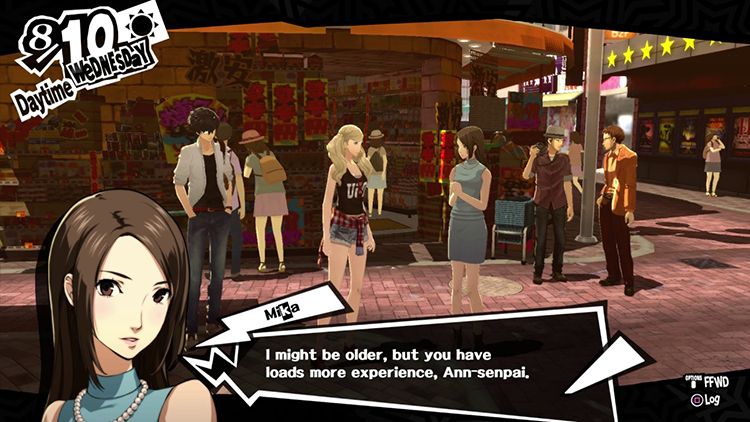 Persona 5 was released in 2016 for U.S. audiences. All locales and aspects of Japanese life and school life were integrated into the U.S. version. They even included Japanese honorifics, “senpai” in the text and dialogue. (Image Source)

Ultimately, it’s a chance to recreate the experience for your audiences while under the strict direction of product demand. Transcreation is a difficult art to master, however, and should only be done by professionals with extensive cultural and historical knowledge of both target and source languages.

Translation, localization, transcreation—they are all different methods to help convey language and culture across the world. They take skill, schooling, and discipline. Rules are set: from the number of pages, characters, and text boxes to the type of language and images acceptable in a certain country or demographic. It’s the type of work that is full of constraints. But in order to overcome the constraints, you have to learn how to maximize their potential using creativity and imagination. Adding a linguist or cultural specialist will help unlock your localized products or services’ maximum potential.

We at btrax want to help you unlock your localized products and services’ maximum potential in the Japanese market. With a bilingual team based in both San Francisco and Tokyo, we have comprehensive knowledge of both Japanese and American cultures and can help you with your localization strategy and testing. Contact us if you have any questions or want to share your insights with us.

Sign up for our newsletter and follow us on Twitter and LinkedIn if you enjoyed this article and want to know when our next articles will come out! We look forward to hearing from you!