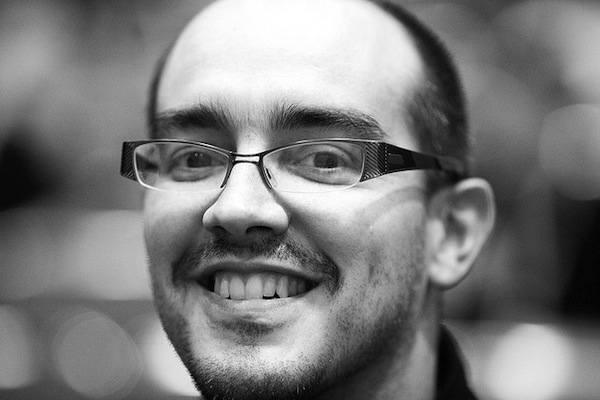 Dave McClure, maverick founder (and profanity fountain) of 500Startups, makes small bets in startups across the board. And he is famous for not holding his punches.

Although I don’t drop F bombs every sentence like Dave, I agree with his philosophy that brutal honesty is an invaluable tool for any company. Especially early stage startups, before someone dumps millions of dollars (investors) or years of their lives (founders) into them.

Back patting and hype only result in massive waste. Entrepreneurship already carries enough risk without a lack of honesty.

I’m a big fan of what Dave is doing for a few specific reasons that set him apart from other VC’s investment philosophy:

Don’t Be A Mono-Culture Business

He is globally oriented, active particularly in Asia and sees the value in investing and encouraging globally scalable startups. He walks the walk, founding Geeks on a Plane and actively investing in startups abroad.

Smart startups also learn from peers outside Silicon Valley and have an awareness of potential competitors coming from any direction, even if they don’t speak English.

I’ve seen the power of thinking big even when small from my experience working across borders since I graduated from college. We’ve also baked it into what we live everyday at btrax as a fully multilingual and multicultural team, our key differentiator in helping companies of all sizes grow.

Move to the Niche

There is a lot of money to be made in solving existing problems with better web-based solutions, not just inventing new services. The phrase “software is eating the world” has become so trendy that folks are forgetting it’s a powerful statement and that many areas of opportunity remain.

Mundane tasks and services are mundane mostly because they are common actions or constants taken for granted. But that’s exactly why they are so powerful, and a better solution can quickly become a mainstay in peoples lives.

Dave emphasizes the importance of startup teams that can do more than simply code, in particular their ability to market the hell out of themselves.

As he said in one presentation in Beijing, “companies should spend more time learning about things like search engine optimization, marketing campaigns, optimizing local apps for app stores, and other methods for better distribution.”

Everyone has seen hugely talented people or brilliant ideas flame out. Or vice versa, subpar people or companies worse than their competitors that still win.

Marketing is not a four letter word – making people aware of what you do and its value to them is essential to success. And if you do it intelligently it doesn’t need to be pushy or invasive.

500Startups has a simple set of things it considers when looking at startups to invest in. Although they are not earth-shattering, it’s still surprising to me how many VC and startups don’t practice or move towards them:

Startups Are Eating the Business World

It’s good to remember startups are small businesses, although sometimes that gets lost in all the VC terminology and focus on technology.

Some last words from Dave on the essential difference of web startups and why that matters:

“There are tons of brick-and-mortar companies out there with really high overhead costs who suck at internet marketing way worse than you do, and you can beat the crap out of them at building their internet-based equivalents … why the fuck don’t you do that? That’s way easier.

Every fucking business that’s brick-and-mortar-based with too much overhead, too much inefficiency, and doesn’t do internet marketing — they’re dinosaurs, they’re not going to be able to compete with you, and you can crush them. And you should crush them.

Stop fucking building Instagram, and go out there and build a pizza delivery business and beat the crap out of them! You know why? ‘Cause they’re billion-fucking-dollar businesses, and they’re inefficient as shit.”