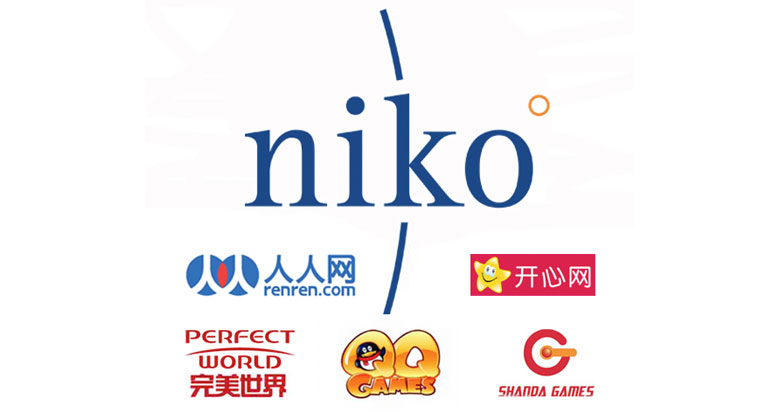 According to Niko Partners latest report, the China’s Online Game Industry Outperforms China’s GDP Growth. The online game market size in China will be $5.8 billion for 2011. The market size was $4.8 billion last year. Moreover, games on social networking sites in China, generated $500 million in revenue in 2010 and the number in 2009 was $80 million. Niko Partners forecasts continued growth through 2015.

Recently, we sat down and interviewed Lisa Hanson, the managing partner and founder of Niko Partners, which one of the leaders in Asia video game market intelligence.

Q:  What is the most surprising thing Niko Research found in your latest Asia Research report?

A:  I think the most exciting thing is how fast the social network games generate the revenue. Because the year before, they did not really have much revenue at all. This year, they will generate good revenue. Qzone, Pengyou, Kaixin, Renren-these companies are very impressive. They are gathering so many people to play games and attracting more and more people who want to become a gamer in China. Even there are a lot of competition in social networking sites, even there are lots of games copied[from outside of China], they still attract a lot of gamers. And some of the gamers were converted to paid users of traditional online games.

Q: How is social networking in China changing the way games are played?

A: We should pay attention to the socializing for Chinese gamers. So the online games provide a way for some young people to meet other people, attend social activities with their friends-some  people never even meet. If the game does not include a magnificent function to maximize the socialization, it probably won’t succeed.

Q: What is the difference between China game market and US game market? What should game companies pay attention to?

A: The significant difference is the dependence on console games in the US, and the dependence on online games in China. In Niko Partners research, the demand of Chinese gamers differ from the US gamers. We want to understand why the Chinese gamers play illegal console games and download illegal PC games, instead of only the online game-which most of them are free anyway. What is attracting them to the other games? If an online game company can fulfill their demand, then they will have broader opportunities to serve this market.

Q: How are US and Japanese companies trying to enter the Chinese market or being already there?

A: Not many companies have been successful in China yet. I think there is couple of reasons. One reason is that many US game companies are targeting consoles. But those console games are not represented in China. The other reason is the difficult Chinese regulory structure. And some US companies don’t want to fight this structure.And some who do still struggle. When they get the approval, they need to find partners, revenue sharing, and lots of things. And the same situation is the for Japanese companies and other foreign game companies.

Q: Have any Chinese online gaming companies had success in the US?

A: There are several Chinese companies that have tried to enter the US market. But it is easier to enter here. You just need to open an office, and go. You don’t have to get any approval, you don’t have to find a partner, you don’t have to share the revenue. You just have to establish the company. So, Perfect World  is doing the best job I think. They have the biggest foreign revenue in the Chinese game operators. And some other companies expanded here, too. There are two ways, one is to open an office, or the other is to buy a studio. They either use the studio for China, or either use it to enter the US market. For example, like Icebreak, a Tencent owned brand. Their games are mostly for Facebook.

Q: Are social games being used for marketing purposes in China? Any examples?

A: We call it “Advergaming.” Most of games are still for fun now. But the world changes soon. For example, in a racing game, the car will have a brand on the side of it. Or the brand of gasoline, the brand of shoes is easy to replaced in sports game. But on the other games, especially social games, there are not so much branding, but there can be. You know, a character can wear a T-shirt with their favorite band or TV show. And the gamer can buy this T-shirt. However, it is still in the very early stage and growing everywhere.

Q: What is your big prediction of where the Chinese game market is headed in the next year?

A: There is a new product called iSec (in Sports Entertainment Center). It is a game console run by Beijing Eedoo, which is a division of Lenovo. Right now, the game consoles are banned in China. But if this company is allowed to launch its gaming console and only foreign companies are banned, I think it will be a lot more difficult. If the regulators revised the banned and allow foreign game consoles to enter this market too, then the gamers will have more choices. The content will be able to regulated, and there will be a lot of tax revenue for China. It will be benefit for everybody.

I want to thank Lisa Hanson of Nico Partners for allowing us to interview them about the Chinese Game Market. You can catch Niko Partners’ latest video game reports here.