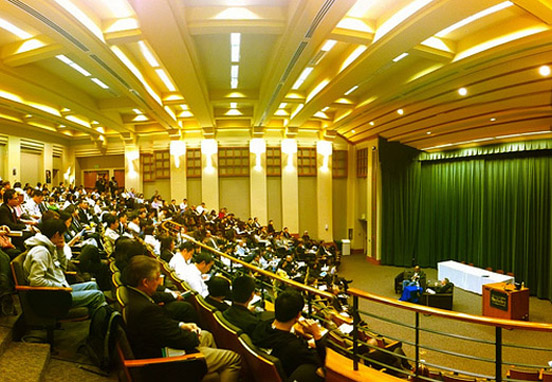 Below is the transcript of our CEO, Brandon K. Hill’s talk at the annual UC Berkeley MBA Asia Business Conference Technology panel held on April 2, 2011. The theme of the event as the official site states; “This year’s conference seeks to explore the rising consumption trend in Asia from various dimensions: macro-economic trends, new industry and business structures, the needs of the Asian consumer, and the talent gap in Asia.” At the conclusion of the conference, Brandon noted “I was proud to represent btrax at this prestigious yearly conference and the attendance notes that Asia business has come of age.”

Edith Yeung of BizTechDay moderated the panel.  Brandon spoke at the technology panel along with

Edith: What made you decide to do business in Asia? Is it the market potential? The culture?
Brandon: Simply because I am grew up in Japan, I have strong ties and connections to the country and businesses there. At the same time, my company, btrax, has people with cross cultural background including with China and other parts of Asia. Currently we provide Branding and Web solution services including localization of websites to businesses in the U.S. and those in the Asian market.

Edith: Anything else that triggers you to grow your business in Asia?
Brandon: Obviously Asia is the emerging market in the world. It is a very crucial market when it comes for U.S. businesses to deal with. As far as the hi-tech industry is concerned, Asia has a very high adoption rate of people on the Internet. More and more people have started spending money through the internet as well as on mobile devices such as smartphone games and social media services.

Edith: What were some of the biggest business challenges you encountered in Asia? Any war stories?
Brandon: My experience is more familiar to the Japanese market but have knowledge of China through our Chinese staff and channels. There are many challenges when it comes to our service models, which is B-to-B because the business culture in Asia is quite different from what we have in this country. For example, many clients in Japan expects us to work 15 hours / day 7 days a week as it is quite common in Japan. Also, they have a stronger “customers are always right” attitude sometimes overlooking what is written on the contract. Another challenge would be the payment terms. Most Japanese businesses would not pay for anything before 60 days after you provide your services. In some extreme cases, you may not be able to expect any payments for 90 days or more.

Edith: What is the biggest difference between the US market and the Asian market?
Brandon: I guess the biggest difference would be that the people in the Asian market are very interested in what is happening in the U.S. They consider America is the leading country and have sort of a yearning for American brands. On the other hand, a lot of Americans do not care much about what is happening outside of the country.

Also, Japan is a mono-cultural, mono-racial country. That could mean that once something gets people’s attention, it could get more traction in a relatively short amount of time.

Edith: What are some important trends occurring in the technology industry in Asia? How can we leverage them?
Brandon: When it comes to the Japanese market, the number of people who are using the internet is growing rapidly. As much as 75% (94 million out of over 127  million) of the whole population of people are now connected to the internet and among them, more than 60% of them have purchased an item online. The people between 60 to 69 years old have the highest growth rate of 20% each year in internet adoption as well as the average amount of money they spend annually. So, maybe it’s not a bad idea to consider marketing towards that segment.

Also, it is very important to understand that smartphones are getting very popular in Japan in last several months and the iPhone and Android will be considered to be the mainstream in the near feature as the major carriers such as Docomo, Softbank and AU are pushing really hard on promoting their smartphone devices as they see much potential in terms of sales. As most people are very mobile device-oriented already, providing services through mobile devices would be an great idea.

When it comes to social media, more people access to the services via mobile phones. Impressingly enough, Mobage and GREE has more than 2x the paid amount per user than Google.

Edith: What have you seen made a tech business model succeed or fail in Asia?
Brandon: As you may already know, many hi-tech businesses from the United States have succeeded in Japan. For example, Twitter, Evernote, and Amazon.

About 17% of twitter users live in Japan. That is the largest user population next to the United States.

Also, with Evernote, a online storage and indexing service boasts about 20% of all users are in Japan while those from the U.S. make about 57%.

When it comes to  e-commerce, although Japan had a giant market site called Rakuten, Amazon succeeded generating about 10% of all the revenue world-wide from Japan. An e-commerce site would have an easier time doing business in Japan as it takes less time for the item to arrive at the customer’s home with a small return rate.

On the other hand, Facebook is still having a hard time grasping Japanese users as only 0.4% (2.5 million) of their users are in Japan. I believe it is due to Japanese people’s big concerns on their privacy. They tend not to get revealed who they actually are, when it comes to their online identity. As Facebook asks for your real name and photo, many Japanese people have yet to adopt themselves to the service. Maybe its easy to imagine that a very small number of people (only about 300,000 people) have accounts on LinkedIn in Japan.

So, when you consider about providing web services, maybe it’s a good idea to be a bit careful about privacy settings.

Of course, when it comes to the Chinese market, once you get popular, the chances are that you would be blocked by the government. And eventually the C-to-C, Copy to China model works.

Edith: What’s the biggest learning you would like to share with the audience? Any memorable/interesting story?
Brandon: Asian business people do like to have face-to-face meeting. And we do need to read between lines. It takes a lot of patience as their decision making process tends to be very slow and conservative.

Again, contracts are not as strong as those are in this country. In my recent experience, my company got an opportunity to work with one big corporation in Japan. During the process, I had reviewed the contract and found some terms that are a bit too harsh on us. And I asked “I am not sure about those terms” and they said “Don’t worry we won’t take any legal actions anyway, and won’t care much about that part”. So I asked if it’s OK to remove a couple of clauses that may work against us. Their response was “sure no problem, feel free to adjust the contract to fit your needs.” I realized that the human relationship is far more important than a piece of paper to them.

Edith: What would you advice to those who are interested in doing business and/or working in the Asian market?
Brandon: I would say there are five points you need to remember if you are planning to go to Asia.