Office design is very unique and advanced in the Bay Area, especially among the tech community, and I had so much to learn after I moved to San Francisco a few months ago. However, as I researched more about office design, I realized one interesting thing: tech office design culture in the Bay Area actually had a lot in common with traditional housing design in Japan.

Let’s take at the above three similarities in more detail.

Open spaces with few walls have been a trend in Bay Area office design. Open spaces allow employees more movement and conversation at the workplace, which encourages collaboration. A more collaborative office space is closely related to innovation. Glass walls are popular because they can divide up a space without taking away from the “open” atmosphere.

If an open office design creates a more collaborative workplace, it wouldn’t be a stretch to say that people in Japan have been living in such collaborative spaces for a long time. As opposed to traditional European-style brick walls, Japan has been partitioning spaces with paper walls. These paper partitions, called Fusuma, shoji, and byobu, first appeared in Japan more than 1000 years ago. They are still popular today in Japanese-style houses.

Japan’s traditional walls allows for a flexible use of space because they are movable. If we move aside all the fusumas and shojis, most Japanese houses are basically one big, open, and flat space. There is almost nothing in the way other than the outer walls, until Western culture entered Japan in the 1800s and brought in furniture such as high tables and chairs. Traditionally, Japanese beds and dining areas are all storable and generally packed away when not in use. The collectivism culture of Japan was raised in this collaborative space.

In the 1920s, a Harvard psychologist Elton Mayo conducted the Hawthorne study, hypothesizing that one’s surroundings affects productivity. At the time, one of the factors they tested was the effect of good and bad lighting. Since then, workplace lighting has become a major topic when discussing worker performance.

As for modern office lighting in the Bay Area, it’s clear that they are not using only harsh white lights, but different types of lighting for different spaces, tailored to the performance of different tasks. Today, warm cafe-style lighting is used at offices to generate a more relaxing and focused environment.

In Japan, people have been enjoying dim lights through paper lampshades for many years. The dim lighting is emotionally soothing and commonplace in many Japanese events. It is used in a variety of different occasions such as festivals, as well as simply as a lamp for private use

During an event called “Toro-nagashi” – held in August in Japan – people float candles covered by a paper lampshade on a river to mourn the dead. In some cases, they use Chochin lights (a traditional Japanese lantern, see below) to decorate the festival venue to make it look more cheerful. Dim lights are not just calming and relaxing, they also help you connect emotionally and spiritually, and in relaxing you, gives you more energy in your daily life. 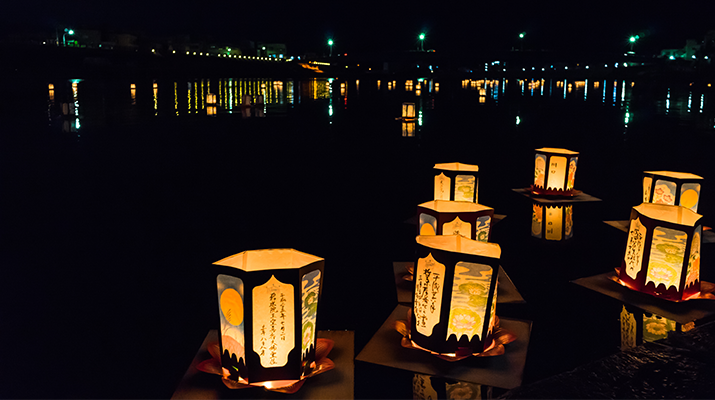 It is believed that spirits come to see families during Obon season in August go back to the other world with these lights [Image Credit: T.Kai/Shutterstock] 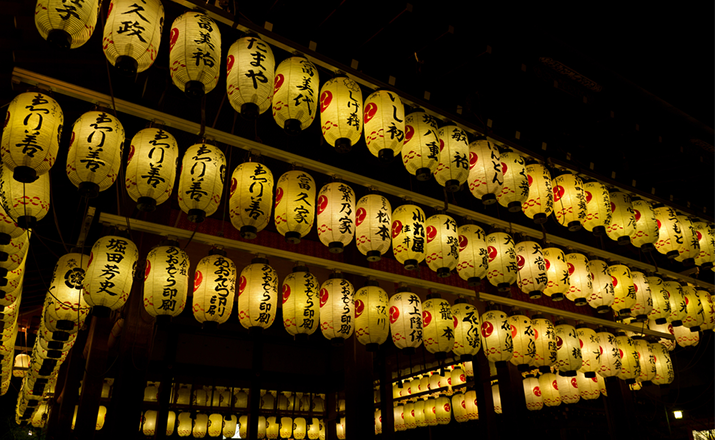 Dim lighting has a long history in Japan, and today, these types of lights are modified but still inherit the Japanese tradition. For instance, Take-Akari, a bamboo lampshade created by a startup in Kumamoto, Japan, called Chikaken, uses creates dim lighting by drilling holes onto the body of the bamboo then letting candle light shine through the gaps.

The attractive shapes and colors of bamboo and the lights filling the space crafted onto its surface creates a unique lantern that highlights Japanese culture and tradition. Take-Akari has been very popular on Indiegogo. The dim lighting and Japanese culture is an attractive combination both in and outside of Japan. 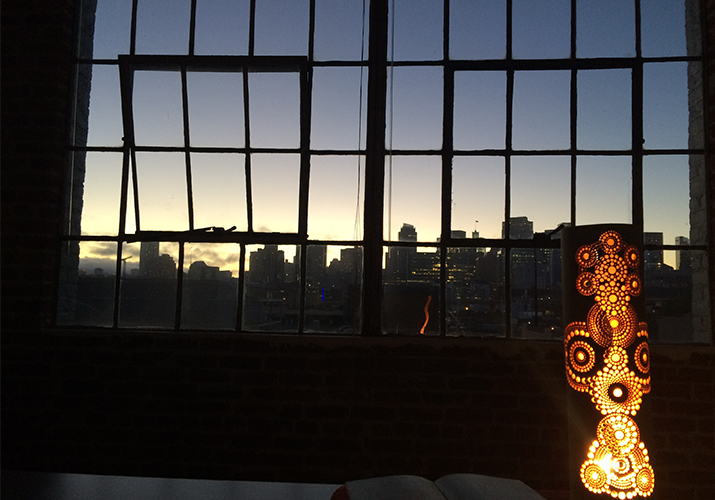 As society learns to be more eco-friendly, we are seeing more plants and greenery in the workplace. Multiple studies point to the positive psychological effects of having greenery in an office space – citing that it improves concentration and generally puts people in a better mood. The living wall is now a trend in Bay Area offices. This is a less costly solution for improving employee productivity and company atmosphere.

These types of natural spaces can be found in Kyoto, Japan. A temple called Tenryuji is known for its picturesque scenery of trees surrounding a pond. If you take a look at the photo below, it may seem like all the trees belong to this garden, but actually, most of the visible trees are from a mountain behind the garden called Arashi-yama. In other words, what you can see inside the temple is not just a garden, but the entire natural surrounding of the temple. This isn’t a living wall – it’s on a much larger scale – but just as this kind of traditional architecture shows, nature shouldn’t be separate from our building structures. This is reflected in modern office design. 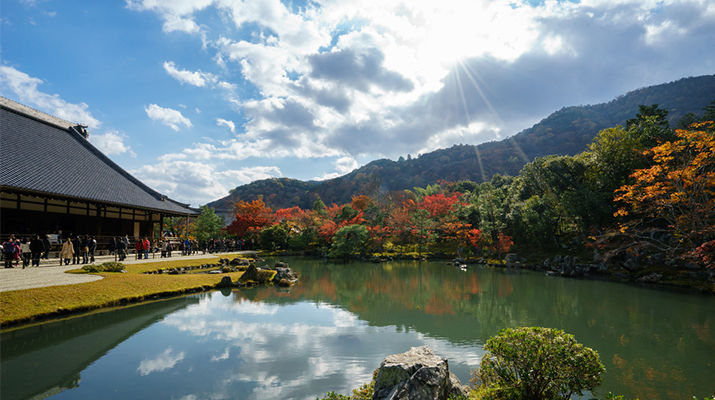 The mountain behind Tenryuji is a part of its garden’s aesthetic. People can enjoy the view from the inside [Image Credit: NgJi3Qi/Shutterstock] 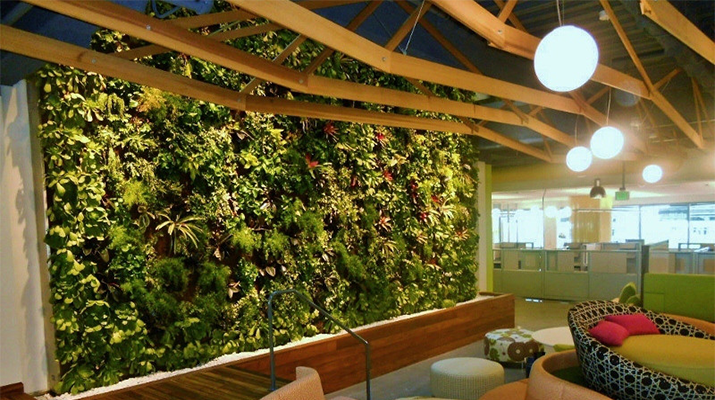 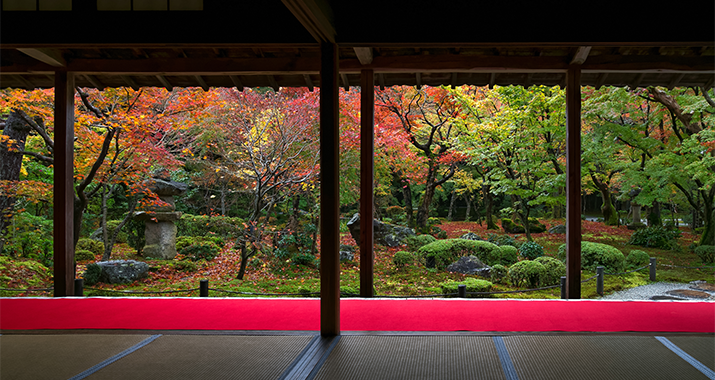 It is interesting to see how two different styles of space actually share many common things; workplace at modern high-tech city in the US, and heritages in historical/traditional city in Japan. Function-focused spaces (creativity/productivity) and beauty-focused spaces (living with nature). How these two things are crossing each other?

It’s very interesting to see how two different types of space actually share many common characteristics. Between modern workplaces in the U.S. and traditional architecture in Japan, we can see function (productivity) and aesthetics (living with nature) merging. How are these two things working together?

Embrace Imperfection: The Value of Minimalism

In Japanese, the word “wabi-sabi” describes a Japanese sense of beauty. This word is deeply rooted in Japanese mentality. “Wabi-sabi” embraces simplicity and transience, so people can see true beauty without distractions.

The “less is more” aesthetic is originally from the Japanese tea ceremony tradition (“Cha-dou”). Some experts in this cultural tradition avoid using expensive and beautiful cups so they can better focus on the tea itself. By getting rid of unnecessary decorations, they can get closer to what they really need to experience. 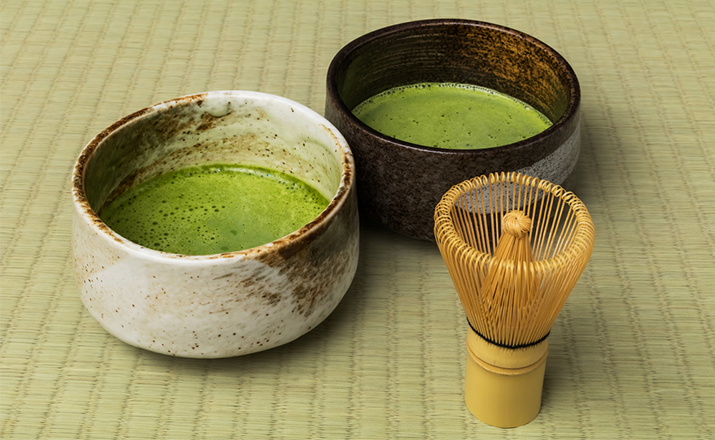 While pursuing this type of simplicity, they discovered the beauty of incompletion. When people see something that is complete and beautiful, there is no room for imagination. However, flaws leave space for people to fill in the gaps and get closer to what is considered to be perfect. The real perfection exists in imperfections. From this onwards, the beauty of imperfections and minimalism has become well-recognized in Japan.

Throughout the history of Japan, this “wabi-sabi” mentality was spread from the tea ceremony traditions and adopted as a crucial part of Japanese culture. Minimalism can be found everywhere, and interior design isn’t an exception. Frugality has never been seen as a negative thing, but instead is the core of the “wabi-sabi” sense of beauty.

This “fill in the blank” style of beauty where something is left purposely incomplete has accidentally been adopted in the Bay Area for making creative spaces.

SAP, a software company based in Palo Alto, is actively using design thinking in their business. Their office is also designed to enhance their employees’ creativity, and the trick to leaving “imperfections” is in their ceiling. Air vents and electric cables are not covered, which means they are visible, and in some spaces, some installations clearly need some work. SAP and many other Bay Area tech companies have this kind of ceiling for the same reason as Japanese Cha-dou: to leave space for improvement and allow your imagination and creativity to fill in the rest.

Imperfection is actually a great metaphor for many startups, too. They have a lot of potential, and growing the company is one of the most exciting processes in the business. By imagining the success of your company’s future, you can enjoy the journey as well. Know what your company lacks and replace it with something. Embracing the value of imperfections is what sparks creativity.

Interested in the Japan market? Check out our comprehensive 3-day Japan 101 workshop to get business-ready!