There is no such thing as a new idea. It is impossible. We simply take old ideas and put them into a mental kaleidoscope. We give them a turn and they make new and curious combinations. We keep on turning and making new combinations indefinitely; but, they are the same old pieces of colored glass that have been in use through all the ages.

As Mark Twain’s world of storytelling and writing is orchestrated with symbolism, allegory, and metaphors, designers craft their realm with color, fonts, interfaces, and shapes. The combinations are infinite, but all taken from the same old pieces. It is impossible than to have any truly original work. How do we differentiate between inspiration and plagiarism?

Let’s first think about it this way:

Inspiration is always around us – the natural world, famous individuals, celebrated brands, visual platforms, and the media we consume everyday. We are inspired to create, transform, and fuse these concepts to fit our desirable needs. It is essential to our creative process.

On the other hand, we’ve heard plenty of stories from infuriated entrepreneurs about “straight up copying” and copyright infringement. Some cases are obvious, but others are more subtle and may be apparent only to the victim. It is tough to justify plagiarism when anything can be passed off as “inspiration”. However, there IS a line between plagiarism and inspiration.Here are some examples of both.

As one of the most widely distributed and imitated images in the world, designer Milton Glaser earned exactly $0 on the I ♥ NY logo. Voluntarily, Glaser designed the logo for an agency to promote tourism in New York’s darkest days in 1977.

Now, forty years later, the iconic heart is worth millions of dollars and there are a whirlwind of endless I ♥ NY knockoffs. This is an example of plagiarism, yet justified due to the creator’s lack of copyright. 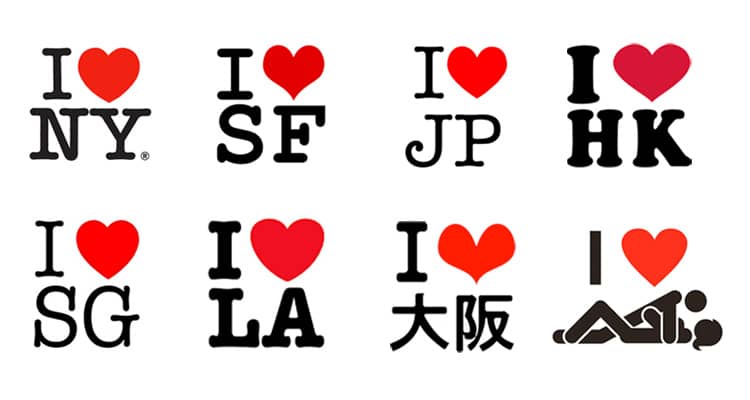 Copyright
In our accelerating digital world, copyright management is advancing through the use of technologies such as blockchain. It is important to note that, in our corporate world, ideas are not owned by people who simply speak it, but by people who act upon their ideas.

Following her departure, Wolfe went on to create Bumble, a self-proclaimed feminist dating app, where women have to make the first move. The user interaction (UI) and interface design (UX) of the app – users swipe left ( for “no”) and right ( for “yes”) on profiles of potential partners – is inspired by Tinder while providing a different type of experience. 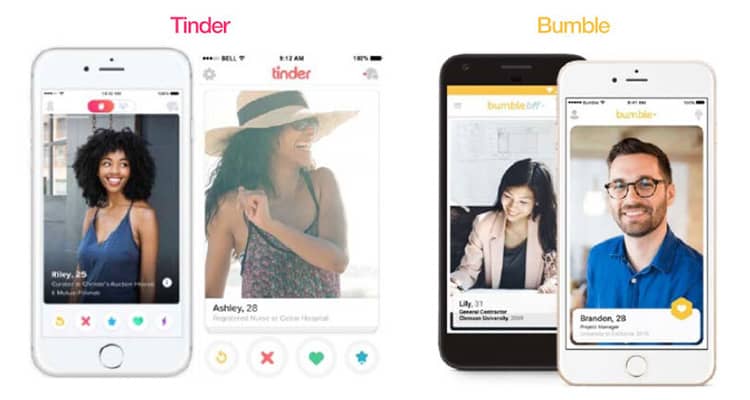 Typefaces are another controversial topic when it comes to plagiarism vs. inspiration. “Arial” and “Helvetica” are both very similar, making it difficult to distinguish between the two. Helvetica was designed by Max Miedinger in 1957, while Arial was designed much later by Robin Nicholas and Patricia Saunders in 1982.

At that time, the two were so similar that IBM and Microsoft were said to have started using Arial to avoid the license fee for Helvetica. Do you think this is an example of inspiration or plagiarism? 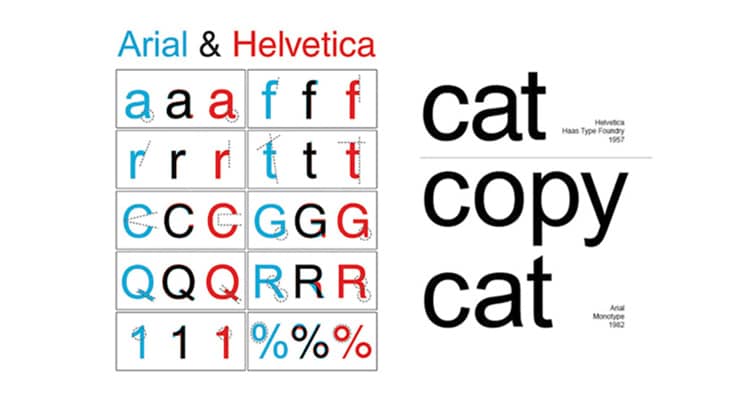 This case has inspired a movement for “design-driven” startups such as Airbnb and Netflix to design their own fonts. This allows the company to save on font license costs, while creating recognition of their brand simply through typeface. Personal fonts contribute an important value, especially for digital platforms.

The Japanese version of Medium or Tumblr is note.mu. It’s the most popular blogging platform for Japanese bloggers. Note is an excellent example of successful inspiration for two reasons – it respects cross cultural boundaries and improved upon Medium’s concept. Note has been optimized for the Japanese domestic audience through the tone and design aesthetics of the blog.

Interestingly, plagiarism may not always be a bad thing depending on the country and culture. 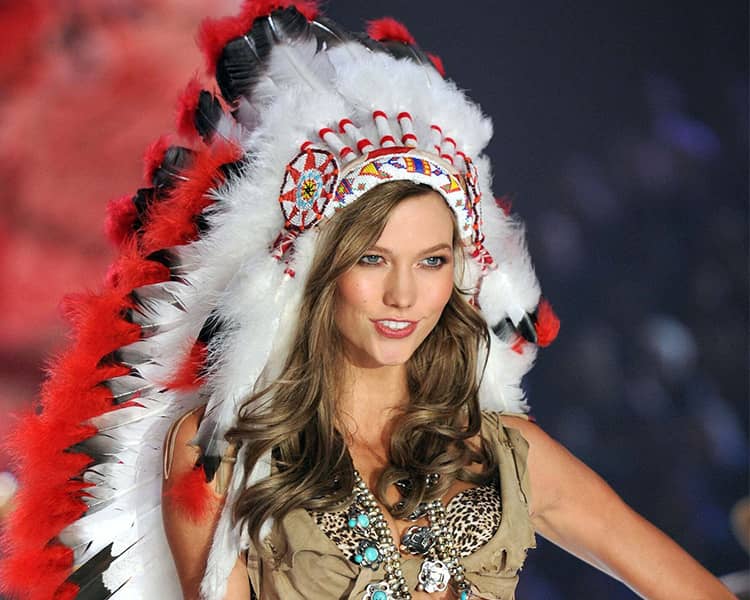 In developed countries such as Japan and the United States, the majority of plagiarism is frowned upon and, in most cases, illegal. The concept of copyright and intellectual property rights have been systematized to protect the efforts and time of creators.

However, learning about and sharing between different cultures is an excellent strategy to boost the creative process. Diving into a culture reveals stories of successful iterations and serves as a wealth of inspiration. However, please take note of the following two points:

Now that we’ve discussed what defines plagiarism and inspiration, let’s explore the mindset,

This is a well-known expression by Steve Jobs, and is also quoted by the painter, Pablo Picasso. How interesting is it that two of the most creative people in history suggested all creative processes start with stealing!

Furthermore, it turned out that other great men were actually saying something similar. For example:

And so on. The CEO of btrax has also written a similar phrase in a previous post he wrote, “Is creativity really that great?”

Now that we’ve established that all designers steal and that there are no original ideas, how do we ethically and legally use inspiration? Here are 3 key points to consider:

The best way to be sued for copyright or trademark infringement is to copy a single design. Let’s avoid that. Instead, drawing from multiple sources forces designers to pick the best and most fitting aspects of a concept into their own design. We might say the true challenge for creatives is how they can fit together pieces of inspiration into their own picture.

Be sure to improve upon your inspiration. This is important to showcase your appreciation of the original work.

What we often don’t do, whether unconsciously or unethically, is give credit where credit is due. Educate yourself about trademarking and copywriting, and what is acceptable when gaining inspiration from a design.

In the end, the biggest difference between good designers and great designers is how they rebrand pieces of inspiration as their own. If we all plagiarize in one form or another, then getting caught is just a sign of laziness and unprofessionalism.

Great designers iterate and reiterate their work so many times that the resulting content is uniquely theirs. So, original work is professional plagiarism.