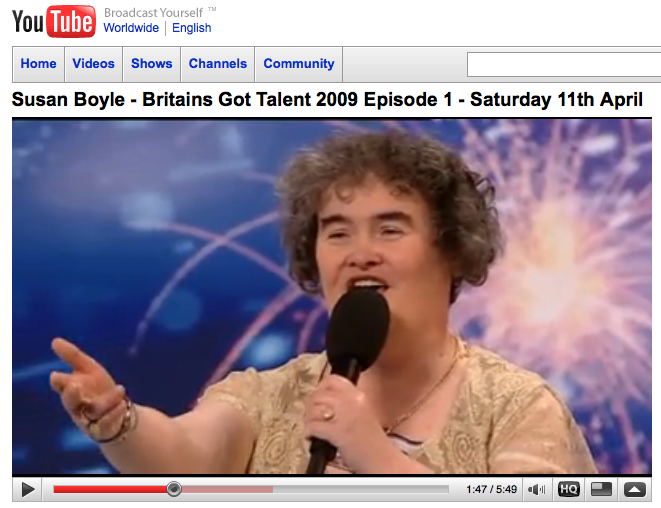 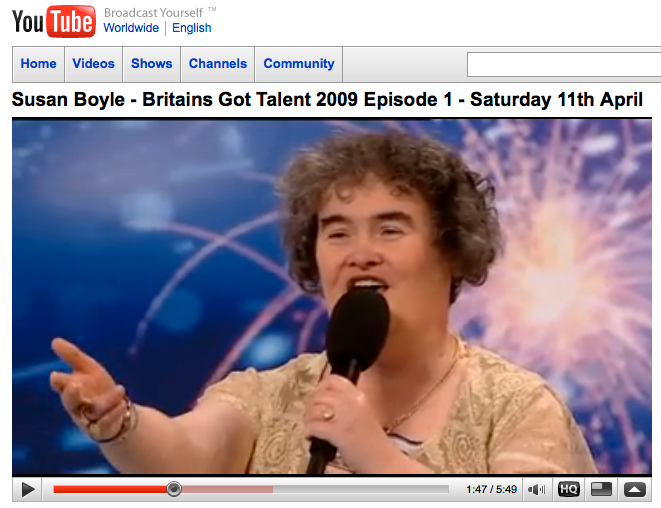 I did and was impressed enough to pass it on to others myself via Facebook, resulting in a mini commenting frenzy.Susan Boyle’s electric performance has since been viewed a record setting 100+ million times on YouTube.

Everyone has marveled over how an unemployed 48 year-old frumpy British woman could rocket to such a degree of fame. Even before its peak, many were asking the perennial viral video question: can this can be replicated?

Think Dialogue
Social media is powerful, but for that reason it’s harder to control. Big businesses can be scared off by that, ceding increasingly large swaths of online audiences to more adventurous companies and startups with nothing to lose.

It also allows users with free time or even prankster employees such as the recent Domino’s disaster to define their image to millions.

While it’s important to map out strategies to minimize potential fallout, it shouldn’t be a reason to hold back. You just can’t control every variable – even in traditional TV and print land!

Priming the Viral Pump
Online browsers are sensitive to heavy-handed marketing tricks and willing to flame offenders in public. So put them first.

Invest the time to find and connect with niche community leaders, key bloggers and serial commenters who can become your viral champions.

Big Payoffs Can’t Be Forced
Boyle’s success came from an equal measure of her vocal “wow power” and providing something completely unexpected. A poignant reminder of the old “you can’t judge a book by its cover” sparked a big surprise payoff and two standing ovations.

This follows another popular expression – for business: “under promise, over deliver.”

As evidenced by shoddily produced viral video hits, over delivering is focused more on content than polishing. Use original (even improv or user generated) content. Play to the strengths of the medium instead of just copy-pasting from TV and print strategies.

Measuring the Payoff
So what’s the ROI? Like most cutting edge online approaches, it can be hard to draw a direct line between action and profit. Volume of views is a good initial indicator of downstream impact – but sometimes it may take weeks or months for something to grow exponentially.

The best benefit is not simply brand awareness, but brand introduction: Susan Boyle was anonymous and then suddenly on everyone’s lips. Will It Blend is a successful business example of this – it still may not be a mainstream name, but increased their sales by 500%.