We wrote an article last year summarizing the travel statistics and trends of 2015 for outbound Japanese tourism (of course, in 2015, we used data from 2014). So what’s new this year?

In Asia, Japan is ranked just behind China in terms of the number of outbound travelers. This year, new data from the Japan National Tourism Organization (JNTO) clearly shows that in terms of inbound travel, Japan continues to be a top destination for international travelers. In fact, for the first time in 45 years, the number of incoming travelers surpassed the outbound figure.

Find out below what countries rank at the top for inbound and outbound travel for Japan!

They also recorded the highest growth rate since 1964, when JNTO first began collecting data. The Japanese government set a target of 20 million foreign visitors in a year by 2020, but with this momentum, they are on course to not just achieve but surpass it completely. This success has sparked the government to consider revising the target upward.

For the first time, China became the country with the most tourists visiting Japan, with nearly 5 million visitors (+107.3%), occupying one-quarter of the market share.

This growth can be explained by a number of factors. The rapidly burgeoning Chinese middle-class is one, and the depreciation of the value of the Yen is another.

The Chinese were also by far the biggest spenders, accounting for 40.8% of the ¥3.5 trillion spent in 2015. So much so that the term bakugai (meaning explosive buying) has been coined to describe the shopping sprees of Chinese tourists.

Below are some inbound travel statistics for the fourth quarter of 2015. Although China is the top ranking country here in terms of tourists in Japan, when you factor in population size, there’s clearly still a lot of potential for growth. For example, Hong Kong and Taiwan are both considerably smaller than China, but send proportionally far more tourists to Japan than China does.

With this high potential for growth, Japan can expect a lot more inbound tourism from Chinese visitors in the future. 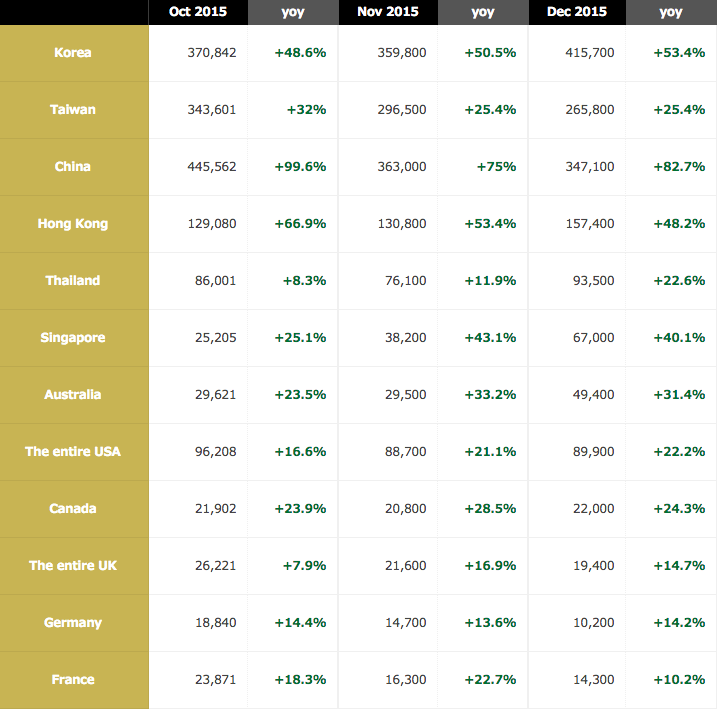 Traveling out of Japan (Outbound)

However, this is not to say Japanese people stopped traveling. There were numerous countries that recorded year-on-year increases for Japanese visitors, including Taiwan, Hong Kong and the USA.

Below are some outbound travel statistics for the fourth quarter of 2015. Although overall outbound numbers are down, various countries recorded year-on-year increases. On top of being an effect of the weak Japanese Yen, these changes could be a hint for the evolving tastes of Japanese travelers. 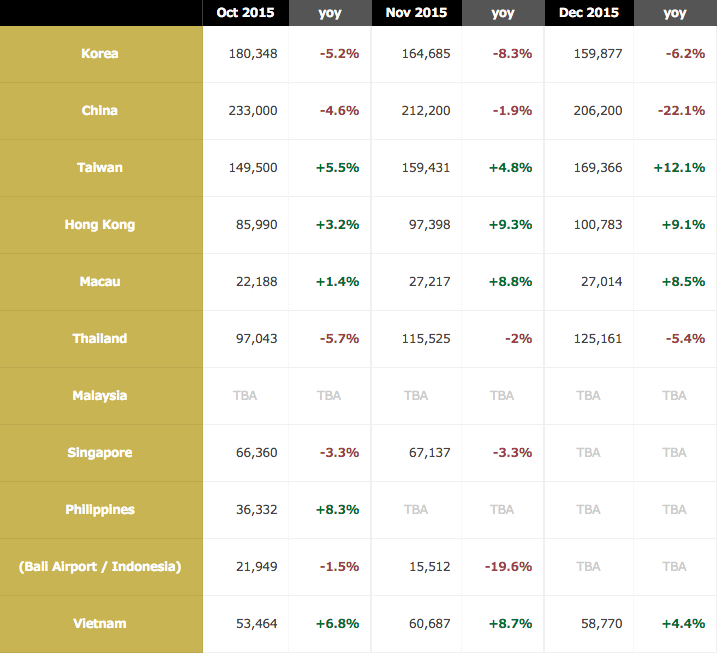 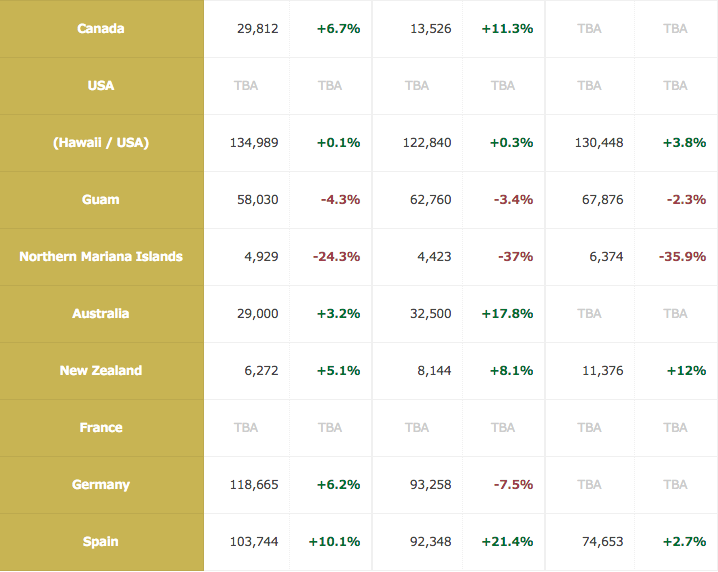