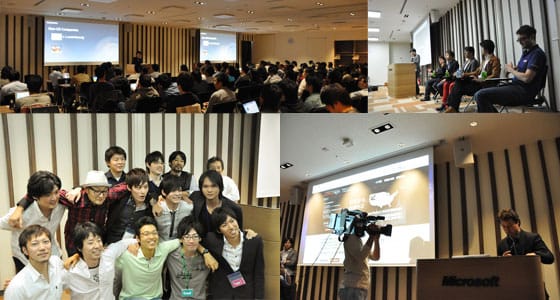 The Japan Night semi-final was held in Tokyo, Japan on October 8 at the Microsoft-Japan offices. Over 300 people were in attendance to see a panel of judges chose the 6 companies that will present in San Francisco.

The 3rd SF New Tech Japan Night will be held again in San Francisco on November 3rd at Mighty. This is the event that Japanese companies can present their Web/mobile services to audience in SF.

The Semi-final, held in Tokyo, featured 12 companies vie for 6 slots chosen by a panel of judges.

These companies did their presentations and Q&A in English like it will be in SF. Also, one of the event sponsors, TechWave,  promoted a new program “VANGUARD” that launched in October that will promote startups globally.

This event was covered by Japanese media like TV Tokyo, and other media related to Mobile/Internet companies and Startups.

The 6 companies chosen were the following.

We hope to see you at SF Japan Night!