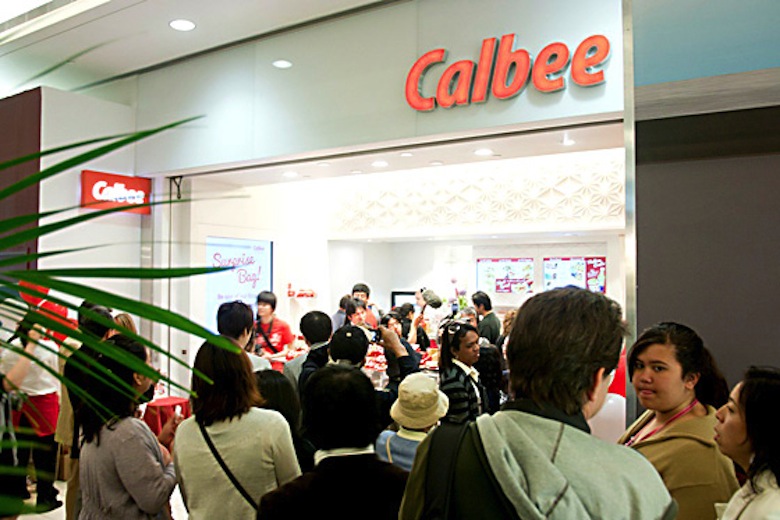 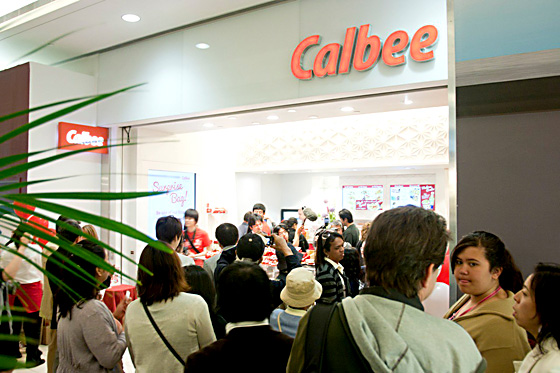 We were very lucky to help brand, market and promote the Calbee Grand opening of their first store outside of Japan. For those who do not know Calbee, they are a snack giant in Japan known for their shrimp and potato snacks. The store officially called the Calbee Shop was ceremoniously opened on July 10 in the famous Westfield San Francisco Centre. 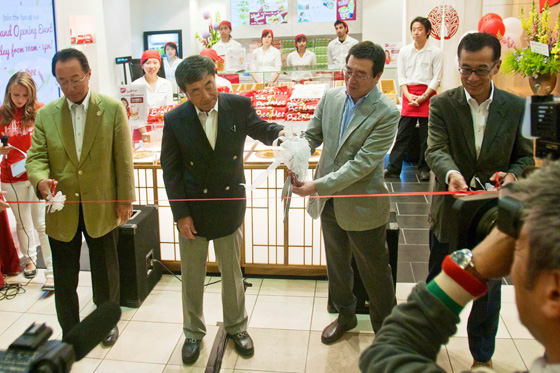 The Grand Opening event was well attended by the Calbee fans and media from Japan where the top management from Calbee cut the ribbon to officially open the store to San Francisco. From San Francisco media to Japanese media, there was a lot of buzz around the event. 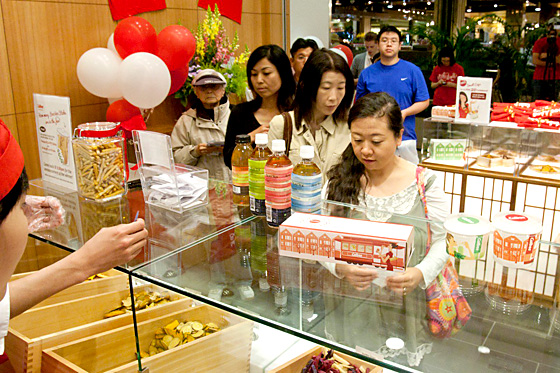 People waited in line to receive the 30 special gift bags prepared especially for the Grand Opening with commemorative items from the Calbee Shop. 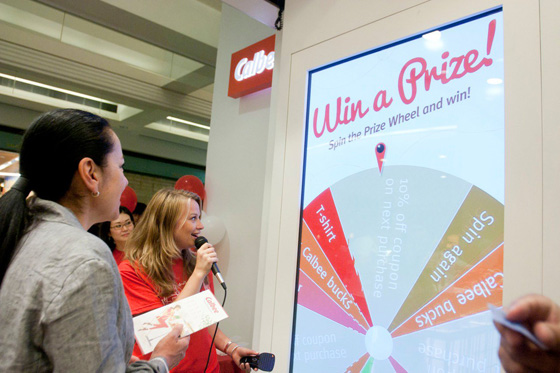 As with most grand openings, games were held to give away many of the Grand Opening commemorative items.  Many games were done SF tech style – virtually.  From the virtual wheel (pictured) to Twitter #hashtag contest, it was a sort of western web technology meets eastern culture. 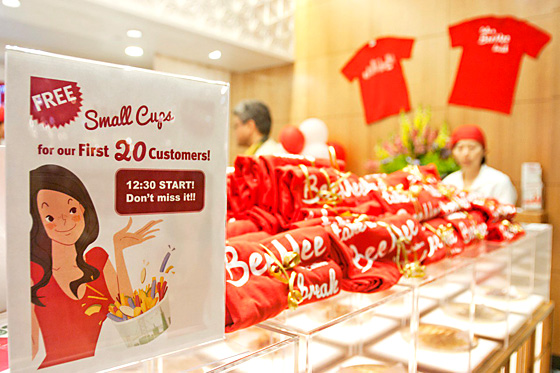 For one month, Calbee held a naming contest on their Facebook Fan Page where contestants submitted names on-line for the Calbee Spokesperson where the FB community could also vote for their favorite names.  The winning name was Caleena Ann Francisco who has her own Facebook page. The Calbee Shop utilizes the full B2C social media arsenal with Twitter, Facebook and Yelp!.

Not only was the opening of its first store outside of Japan was a major milestone of Calbee, Inc., the company went public in Japan on the day of the Earthquake/Tsunami. This not only interrupted the ecosystem of Japan, but it made the opening of the Calbee Shop a challenge. All products from the store are exclusively from Japan and one of the factories which was preparing the US products near the devastation was interrupted for about six weeks.  This held up everything from FDA reviews to the Calbee Shop packaging design.

Well, the store overcame the hurdles and is open for business after three months of branding, design and promotional effort from the Calbee and btrax teams.

Calbee hopes to invigorate the Japanese economy, in its small way, by showing other Japanese companies it is possible to expand successfully globally. In a future blog, we will be discussing the design/branding of the Calbee Shop and how western and eastern cultural influences were used in the various aspects of the design.

We were proud to be a part of the Calbee Shop opening and it’s way of helping Japan’s economic recovery effort. 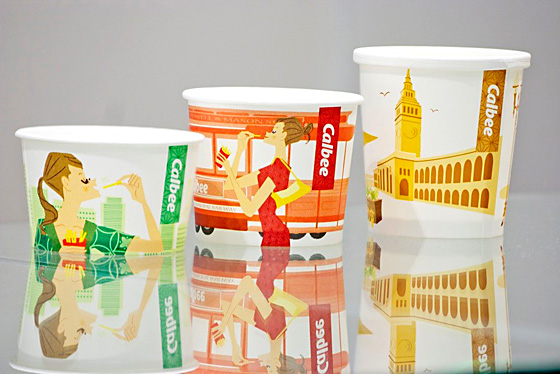