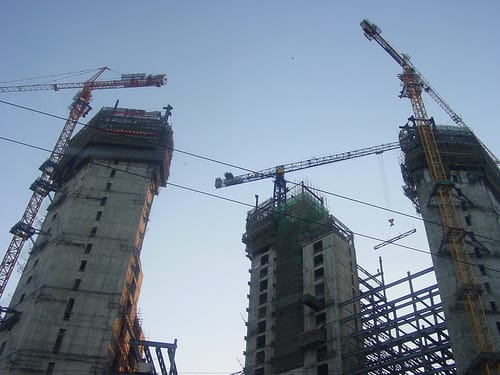 In the beginning of 2009, China overtook Germany to become the third largest economy in the world (the U.S is #1 United States and Japan #2). Few should be surprised, but the real question is China’s next step during this global economic recession.

Over the past decade, Westerners have grown accustomed to the din about China building and rising that the idea of China rebuilding sounds odd, which the latest Time magazine issue tackles in an article called “Rebuilding the Middle Kingdom.” But China has a lot of space to grow in the gaps due to its rapid rise.

The Time article highlights the Chinese government’s aggressive infrastructure expansion. While American government is bailing out companies with massive sums of money, Beijing has also been plowing $450 billion into local infrastructures and environmental projects – occasionally with a clash between them.

Despite being a superpower, China retains undeveloped rural areas, with travel sometimes wasting half a day to due to poor roads or transportation. This naturally impacts inter-province business growth and living standards locally.

Vast territory and abundant resources give China a competitive edge, but without the infrastructures to connect all the resources, China will not grow. Beijing has pragmatically pursued plans that bear little resemblance to past Five Year plans, seeing the bigger picture rather than chasing fifteen minutes of fame.

However, with issues of waste, corruption, prioritization, and balancing environmental issues with growth, the central government should establish a special department which is in charge of the local government and monitoring progress.