This past year has seen a wave of technology breakthroughs and product releases, many of which were thought to be unlikely for many more years:

In just the first part of 2016, SpaceX landed a rocket onto a drone ship and Google’s AlphaGo AI beat the world’s best player in Go, a feat that experts in AI thought was still a decade away. 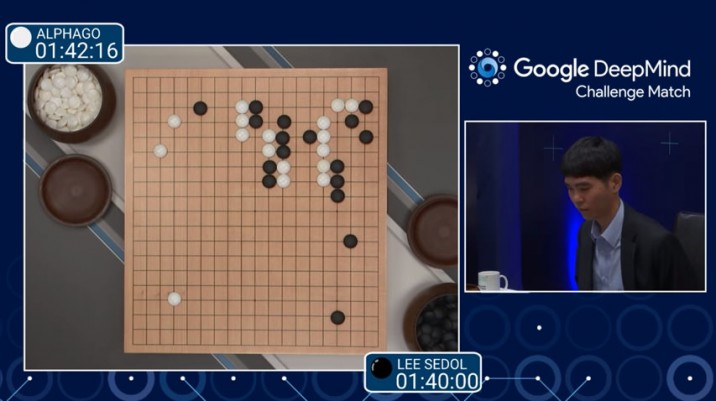 So what can we expect next? What are the fast emerging areas and communities of innovators that will rewrite our social and business landscapes?

Below are a few areas I have identified based on conversations with leaders across many fields while speaking at various tech and business events over the past six months.

1) Invasion of the Bots

While general Artificial Intelligence has dominated much of the conversation around AI, developers have been quietly building and releasing bots: discrete single purpose machine learning programs. The X.ai scheduling bot, which helps automate the drudgery of scheduling meetings, has been getting rave reviews and currently has a waiting line of months.

The usefulness of these bots becomes exponential with interoperability: when one bot talks to another to coordinate data and mutually solve a problem.

Imagine telling your phone you want to go to Japan, and calendar scheduler and travel booker bots immediately work together to schedule your meetings and your flight based on when you are available, when you like to fly, when the cheapest flights are, what seats you like to sit in (economy/business, aisle, middle or row), and so on.

As it becomes clearer that bots will replace apps in many instances, we will see the rise of bot stores and bot platforms. Already, several emerging and big players such as Facebook are working towards creating these.

We’ve been talking about VR for a long time. But finally, at the start of 2016, we have robust, affordable consumer devices being released one after another: Facebook’s Oculus, Samsung’s Gear VR, HTC’s Vive and the Avegant Glyph. FOVE (which I advise) and Sony’s PlayStation VR are on the horizon for later this year.

VR is still the Wild West right now with consumers benefiting from the wide range of choice (from Google’s low-end Cardboard to the sophisticated Oculus). Content producers are racing to be the first to create hit titles and carve out niches in gaming, movies, education social and more, much like the early years of the App Store.

However, standardization of tools, storytelling technique and other elements are still in their infancy. This puts the focus on three key areas: more standardization of capture devices and related technology, tools that make it easy for creators with no or limited VR experience to create compelling experiences, and distribution.

The big question: who will take the lead for VR headsets? What kind of content platforms will the hardware players create and how open will they be? And who will be the Adobe Premiere or YouTube of VR?

Hardware manufacturers have gradually freed us from an overload of cables for peripheral devices and the internet.

Powering devices has long been the next holy grail and has only become more valuable as the number of IoT devices multiplied. Afterall, who wants to plug 30 devices in or replace their batteries all the time?

Companies are now within striking distance of helping us cut the last cord by creating the power equivalent of WiFi or Bluetooth.

The blockchain has been around long enough now to be considered more than just a fad or speculative bubble. The underlying technology is rewriting the foundation of our economic infrastructure.

Much of the conversation up until recently circled around Bitcoin: price volatility, shady outlier users and the long-term stability of the cryptocurrency, maintained by a small group of developers.

Hedgy and other startups have been working on how to level out the volatility of bitcoin prices. Increasing numbers of respected ecommerce sites such as Shopify, Overstock.com and AliExpress now accept Bitcoin. While internal technical disputes are ongoing, some progress been made recently on improving the Bitcoin base.

However, even as fintech startups threaten to dismantle Wall Street’s dominance in financial services, the established players aren’t laying down.

The financial technology company R3 CEV has formed a consortium with Microsoft and 42 of the world’s biggest banks, including Bank of America, JP Morgan, and HSBC to warp jump into the future. This trial is the largest deployment of blockchain technology within the current financial markets.

They aim to use the same distributed ledger technologies underlaying Bitcoin to make their products and services cheaper and faster. If successful, these larger players could maintain their top dog position before startups bleed away their business and individual customers.

The next maker movement is in biology. Much as TechShop, Instructables and large-scale events like the Maker Faire helped grow the maker movement, biohacker spaces such as BioCurious and communities like DIYbio are popping up around the world.

Geonoming at home is also gaining traction as the basic equipment prices come down. 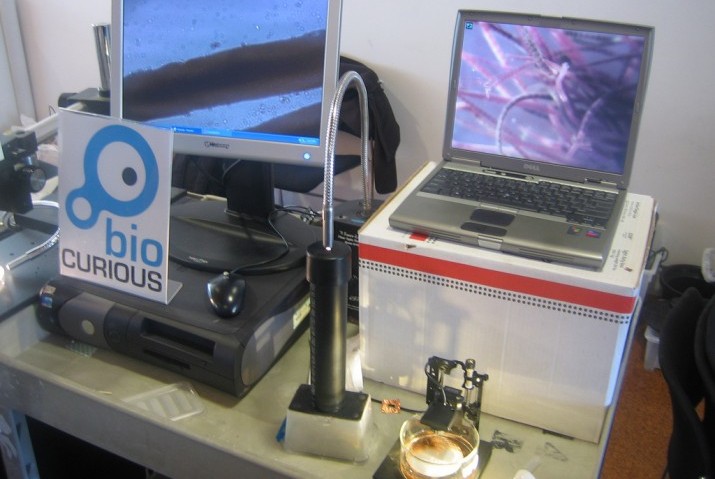 Unlike printing out inert parts, biology carries with it the weight and worry of what citizen scientists (or more nefarious players) might create. Bioethicists such as Dr.Megan Palmer at Stanford University and others are attempting to get out in front of the topic through education.

Since the number of classically trained scientists is limited and breakthroughs have come from non-experts in other fields, it stands to reason that a preventive measure, cure or treatment for a disease may be invented by these biohackers.

The next five years will disrupt the auto industry more than the last 50 years.

Freeing ourselves from the attention needed to drive and more alternatives to owning a car means our relationship with vehicles is about to change radically. Beyond self-driving and a transition to access over ownership, cars are already transforming. 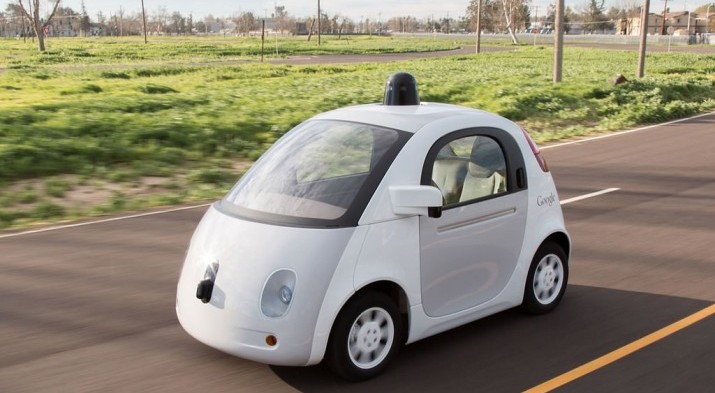 As it becomes more embedded with sensors and communication technology, our usage of cars is moving towards an OS platform relationship. People are using commuting buses as mobile offices and WiFi spots.

And startups such as Automatic, Navdy and DriveMode are trying to quantify data and improve on the standard dashboard with UX interfaces built to work with other devices and connect to the online services we use daily.

7) Big Data from the Sky

SpaceX has single-handedly dropped the cost of putting things into orbit by a factor of 10x. With their reusable rockets, this number will drop by another order of magnitude.

With lower launch costs and cheaper components, several companies are innovating in areas that previously were the domains of only multi-billion dollar corporations or national governments. In 2016, 92 commercial Earth-observation satellites are scheduled to go into orbit, which is 10 times more than the number in 2013. 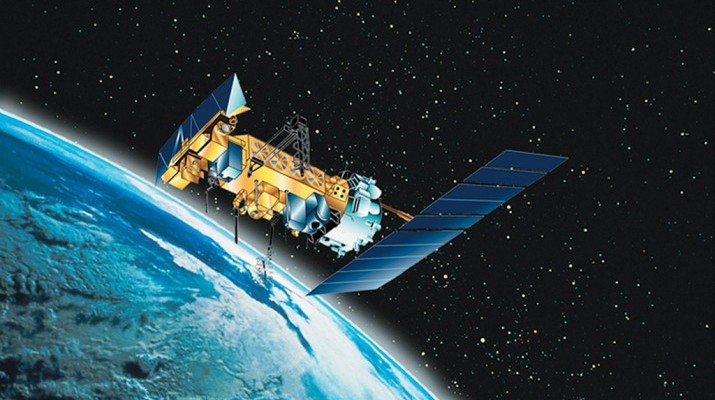 AstroDigital allows users to setup real-time monitoring with email and API notifications when new imagery from a given area is captured. Planet Labs and Alphabet’s Skybox Imaging are also competing to increase their fleet of micro-satellites

When custom use is cheap, what will we do with that data? Intelligent farming, urban planning, environmental destruction monitoring and other applications for business and nonprofits are now feasible.

How we power our vehicles, offices, factories and homes and city infrastructure is one of the most fundamental foundations of the economy. Photovolatic solar has reached price parity with oil, and renewables are becoming an increasing slice of our power generation.

The next big challenge is where to store energy for when we need it. Companies such as BrightSource Energy (disclaimer: one of my clients) have already proven utility-scale storage of concentrated solar power (CSP) in molten salt and are scaling up. Other startups such as TerraPower are repurposing century old technology to store energy in compressed air chambers.

But more interesting is the potential for a decrease in centralized power creation and distribution. Elon Musk has nicely dovetailed his two companies, SolarCity and Tesla, to provide both electricity and local storage though Tesla’s new home batteries

The real barrier now rests largely with government regulation, which in many places prohibits unhooking completely from the grid.

3D printing has grown up. Companies such as Electroloom (a startup I advise) are quickly refining the processes and devices needed to use cells as building blocks. 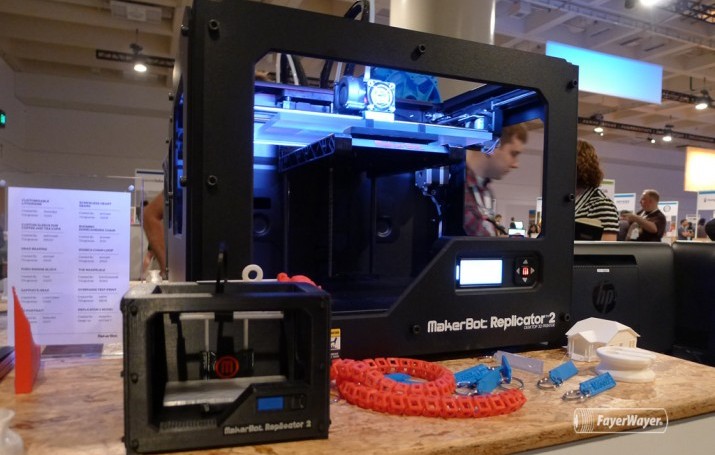 Printing edible food and simple tissues has already been proven. Next up is printed steaks indistinguishable from real steaks, replacement organs from our own cells, and other complex cell culturing applications.

With big data and machine learning, facial recognition has become incredibly accurate. Now companies are taking the next step by using behavioural knowledge to read our expressions and emotions in real-time, beyond what even most humans can detect.

Emotient, bought by Apple earlier this year, and others firms are far along in refining accuracy. The applications could be far-reaching: ads that adjust based on our mood, tracking the attention of students, devices that know whether to talk to us or leave us alone, or even suggest things we can do to change our mood.

Have any comments on the above or ones I missed? Write in the comments box or ping me on Twitter @wagner_tim!